“Worlds Collide” is almost definitely the title of a 90’s kids rap. It’s also WWE’s replacement for Takeover this weekend in Houston, allowing them to pit NXT UK against NXT original flavor. Last year, Worlds Collide was held at Axxess, but this year it has grown into a beautiful PPV in its own right. We’re all so proud.

As of right now we have 5 matches announced for Saturday night: 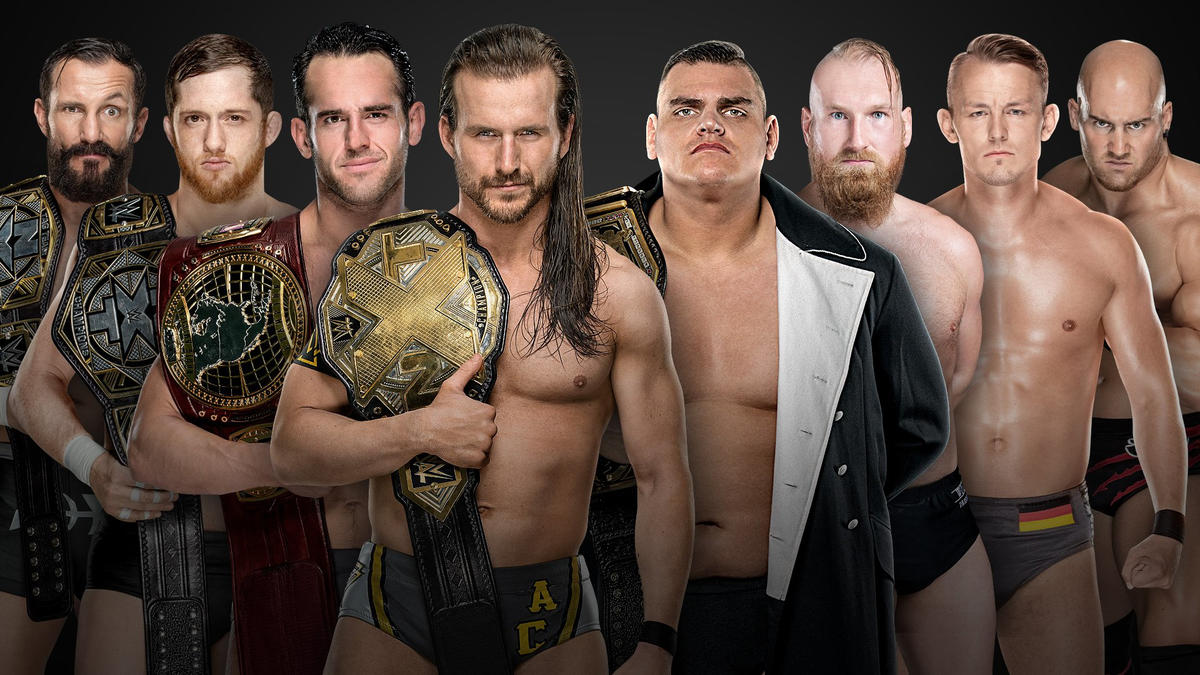 This is kind of like that scene in a Disney sports film, where the team gets a look at their rivals and each kid is just a mirror version of themselves in a different color shirt. Eight mean men are out to prove whose wannabe gang is the toughest. At Takeover: Blackpool last week, Adam Cole and his ragtag group of punks jumped NXT UK champion Walter and his smartly dressed colleagues following his match with Joe Coffey. This is probably gonna feature Walter making Kyle O’Reilly’s chest very red, some finger wagging, and Adam Cole’s little knee. It’ll be a fun time.

Prediction: Undisputed Era, probably with some chicanery. Maybe Roddy will wave an American flag or something.

We saw this match a year ago for the NXT UK women’s title, and both women put on a great show. I haven’t followed Storm on NXT UK as closely, but Ripley has made huge strides in an incredible War Games performance and capturing the NXT women’s title. Throw in the history of Ripley defeating Storm last time they met, and I’m very excited to see what happens here. The two of them together again should pop off, even if there’s zero chance I’ll understand a word either woman says. 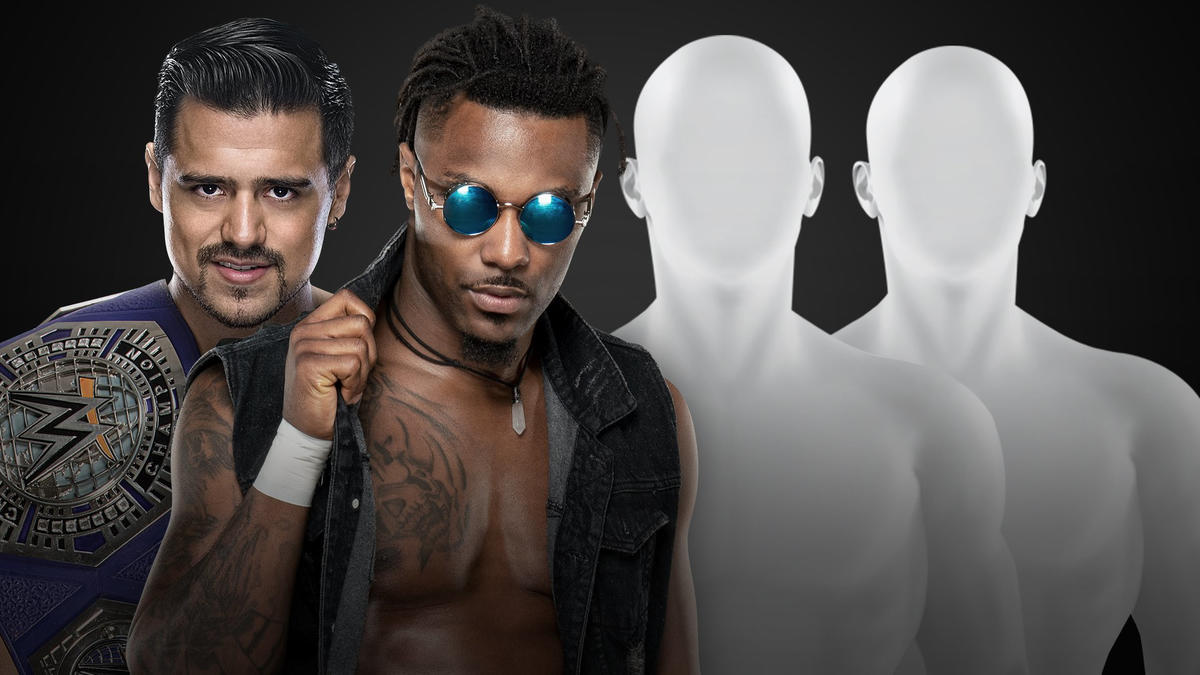 Angel Garza is handsome and snotty. Isaiah Swerve Scott is equally handsome, but a very nice man. The remaining two challengers will be the winners of Jordan Devlin vs. Ligero and Brian Kendrick vs Travis Banks, both happening on NXT UK this week. Swerve and Garza on their own would be a great match, but throw in some fast, flippy guys from the UK division (my money is on Devlin and Banks), and we’ve got a lot of dives on our hands.

Prediction: Those pants might be slipping off, but I don’t see Garza’s title slipping away.

Finn Bálor is back in NXT, and he’s mean now! Same packaged abs, but he’s using them for evil this time around. Ilja Dragunov is a good Russian boy who likes to kick people in the face, and has eyes that kind of look like they’re staring into your soul. Both men wear black jackets, have pasty white skin, and made their whole thing “being super angry all the time,” so this is kind of tough to call.

Prediction: Bálor seems like he’s on a roll in NXT, I can’t see him losing this one. 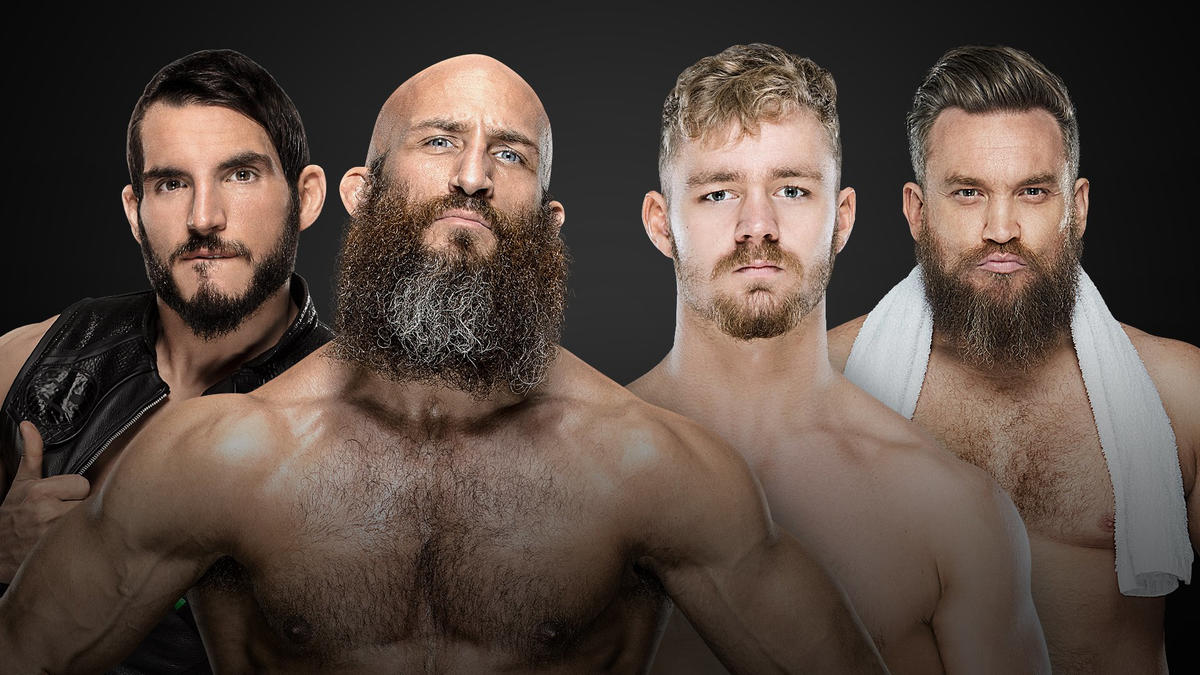 #DIY is reunited and it feels so lukewarm. The duo got back together last week on NXT, when Gargano saved Ciampa from getting his ass kicked by UE. Now they’re super cool again and all the betrayal doesn’t matter, so they’re gonna fight everybody’s favorite father-son team from England. Both teams are so good at wrestling that this will definitely be a solid match, but would that it were 2018, so I could feel any kind of emotional investment in anything DIY-related. This’ll probably be a lot of false finishes, definitely including one where I have to believe for 2.999 seconds that Tyler Bate’s weird off the ropes elbow could actually take somebody out.

Prediction: DIY, but then both Ciampa and Gargano turn on each other, only to turn again and continue being friends.

That’s all the matches they’ve announced so far, but with NXT and NXT UK still to air this week, I imagine we’ll get a few more to round things out. I’d like to hope they’ll give us more than one women’s match (NXT UK Women’s Champ Kay Lee Ray seems available), but I’m really not gonna hold my breath for that one.

Ed.’s note: since the writing of this article, WWE has announced that NXT UK Women’s Champion Kay Lee Ray will face Mia Yim in the pre-show in what looks to be a non-title match.