If normal rules aren’t extreme enough for you, this year WWE brings us Halloween in July with The Horror Show. Ignoring that every day of 2020 feels like a horror show, we’ve got a handful of pre-taped matches that promise to pop out some eyes and get down and dirty in the local bar. 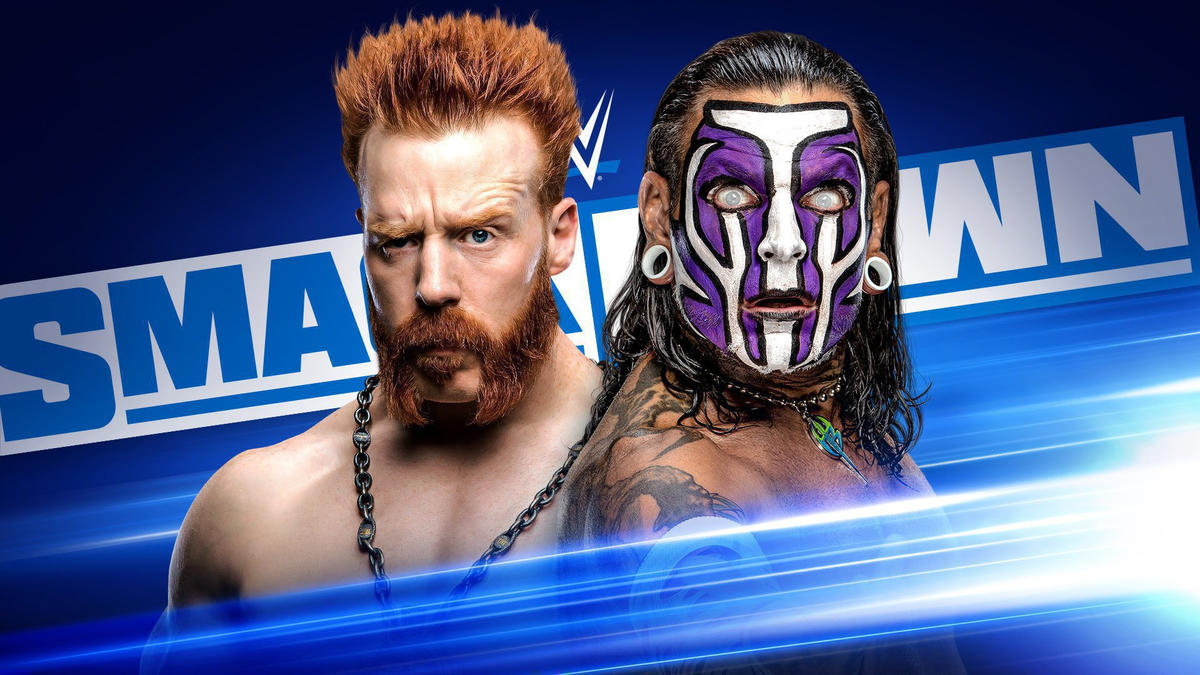 I wish I knew why they were running Sheamus and Jeff yet again. I guess the stipulation is fun, but only if they commit to the bit and have these two swaying around tossing slow punches in midair because they’re too wasted to fight properly. I want to see somebody stumble into a pool table here.

Prediction: This could go either way, but I’m going with Sheamus again. 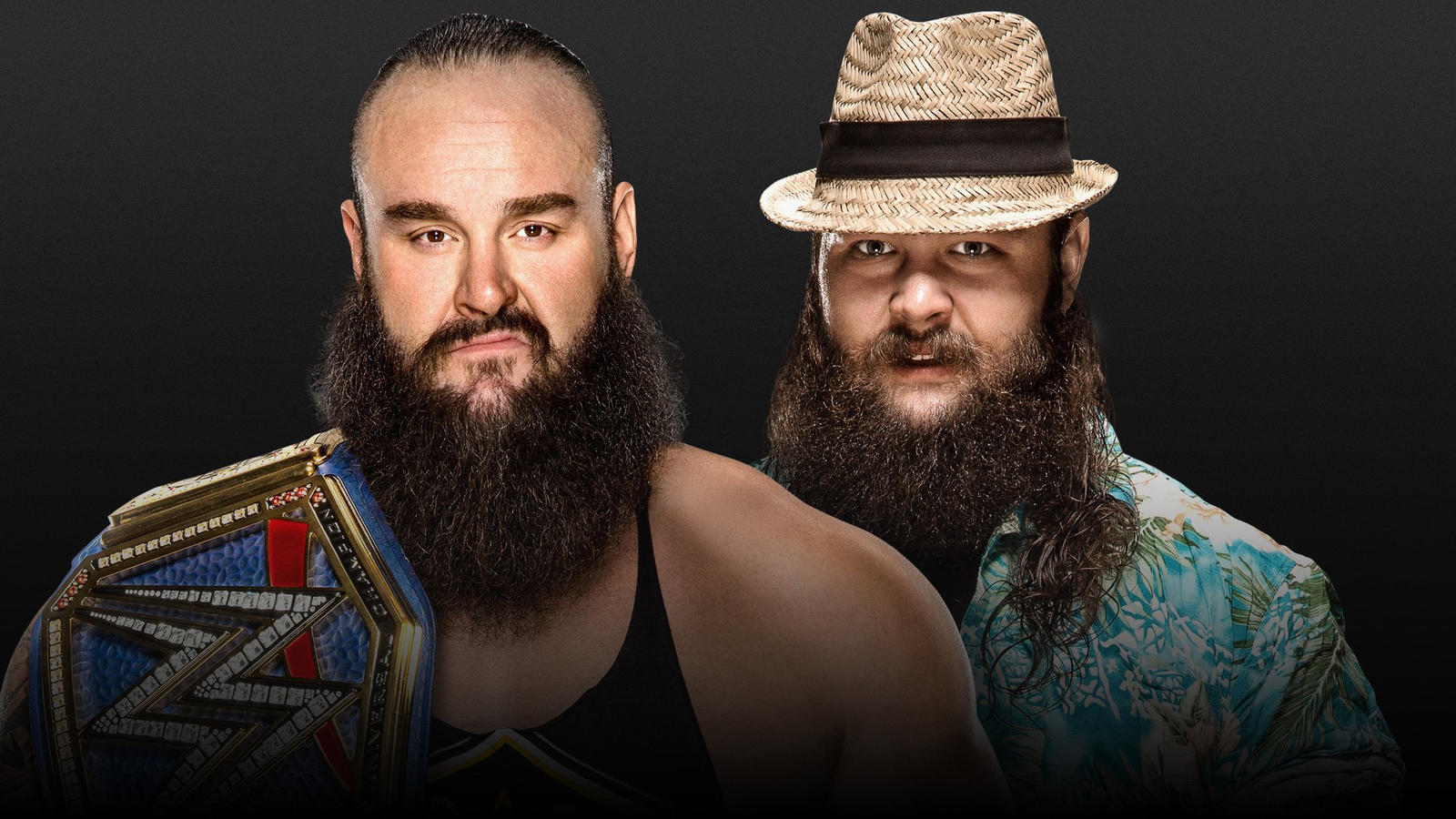 Huge day for swamp dwellers and Wyatt family holdovers. Both Wyatt and Strowman have unfortunately lost quite a bit of steam in the past few months, but given the history between the two, and Wyatt’s stellar “cinematic” match at Mania, there’s a chance this could be fantastic. There’s also a chance it could crash and burn, but I’m trying to look on the bright side. I just really like swamps.

Prediction: Strowman. No idea where Wyatt or any of his personas go from here, but it’s incredible how quickly The Fiend gimmick seemed to fall out of style. 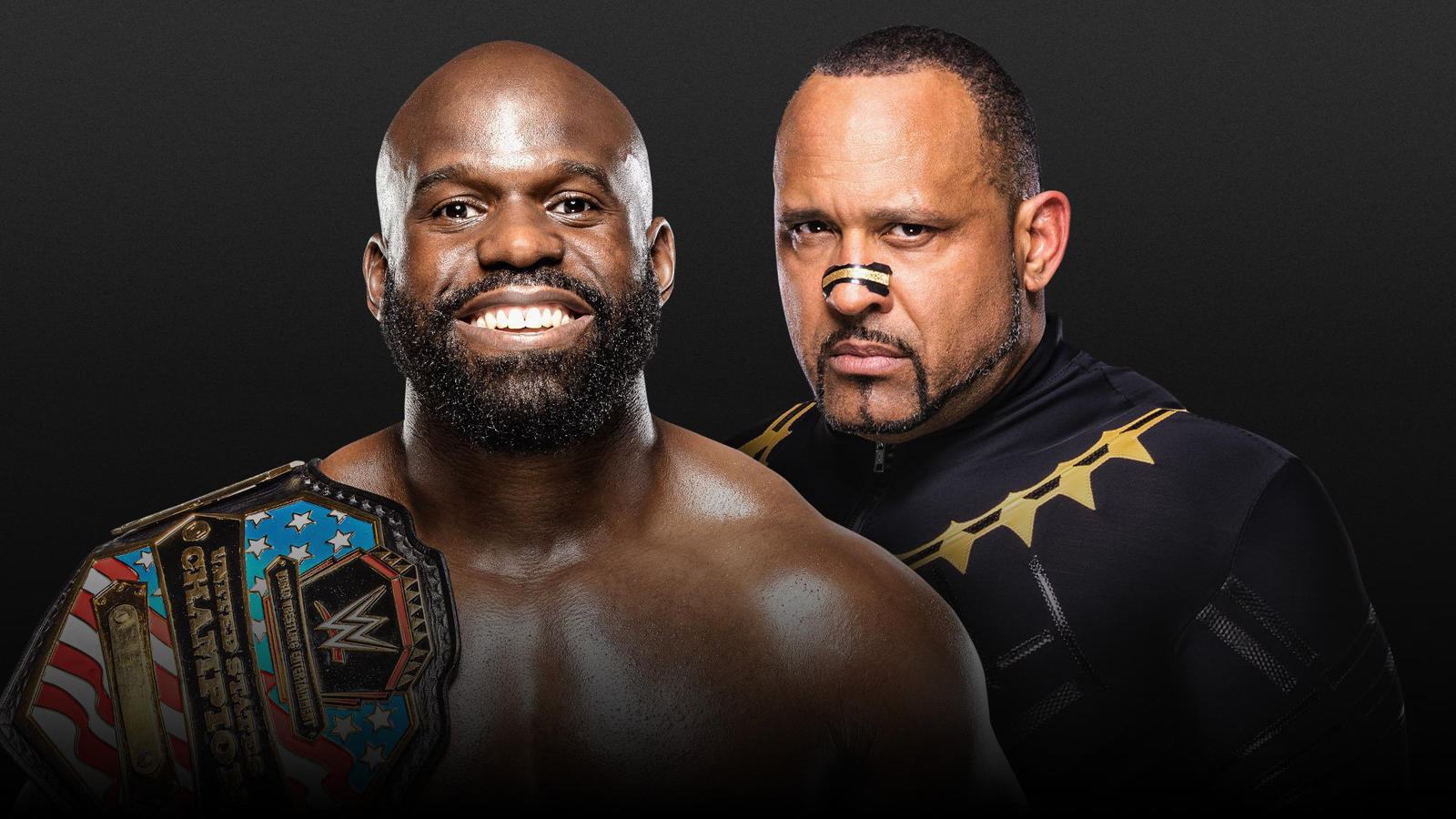 MVP claims a non-title victory over Crews makes him true rightful champ, and debuted a brand new US Championship belt last week on Raw to prove it. While we all kind of thought the belt really wasn’t that hot -Eagles? For America? Groundbreaking- Apollo is still willing to fight about it. Bless him.

Prediction: I really want to say Crews, but part of me knows him having a long reign as champ just feels too good to be true. 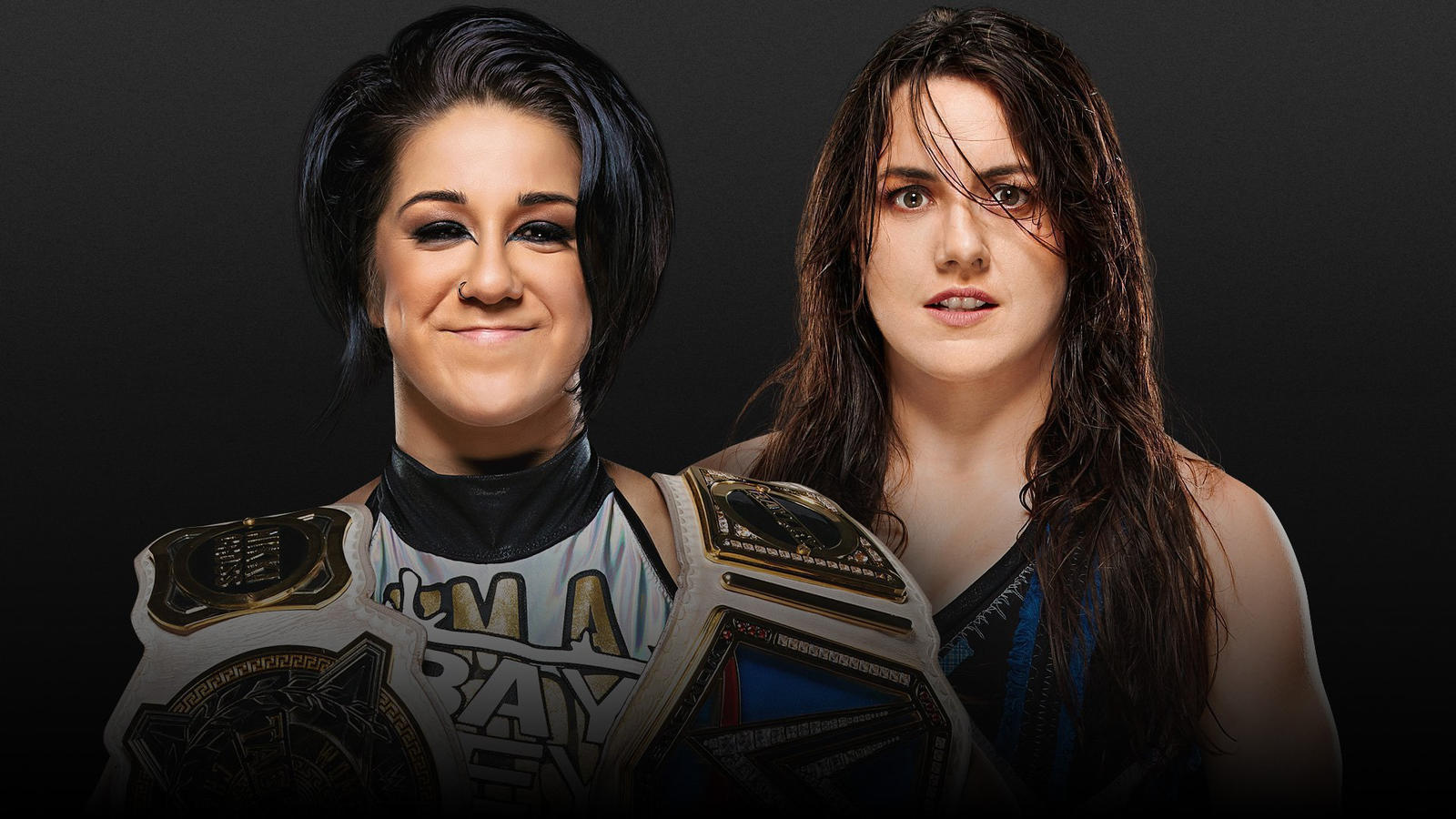 Nikki Cross gets her first shot at a singles title, and it feels so good. Finally taking a break from going after the tag titles with bff Alexa Bliss, Cross won a fatal four way last week to earn the chance to challenge Bayley. But she just might need more than some wacky antics to pry the title from Bayley’s apathetic clutches.

Prediction: Bayley retains, probably with some casual suburban step-mom cheating. The longer her SmackDown run goes on, the more I really do love her as champ. Cross needs a bit more time on her own before having a run with a singles belt, although it’s great to see her get this opportunity. 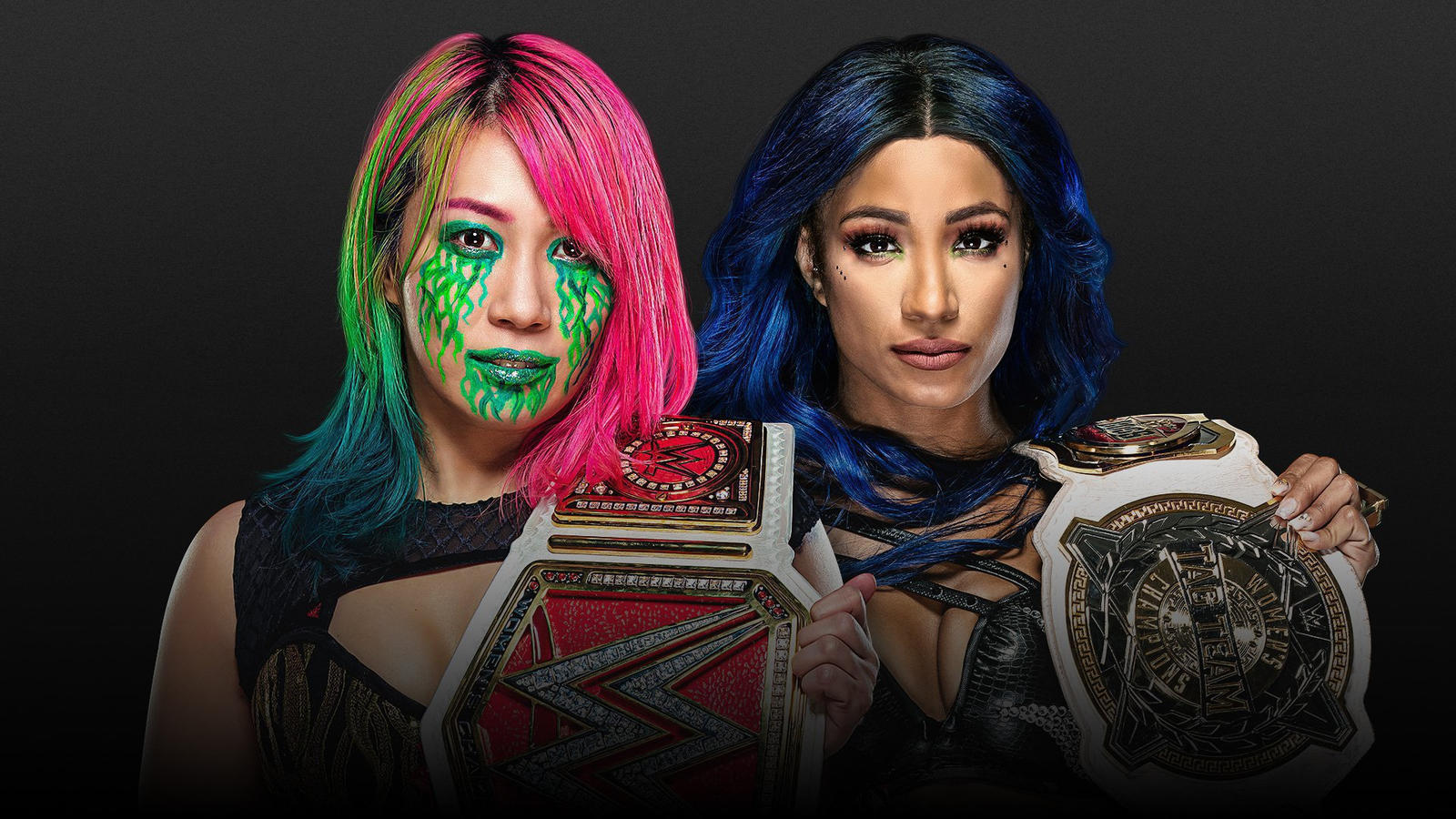 If these two women are given enough time, this could easily be the best wrestling match of the night. Two weeks ago, Asuka used some handy green mist to help Kairi Sane defeat Sasha in an absolute banger of a match at NXT’s Great American Bash. Let’s hope Sasha picks up a face shield before Sunday.

Prediction: Asuka retains, probably with some more mist-adjacent shenanigans. Banks has enough momentum to take two losses in a row and still be on fire. She’s Sasha Banks. 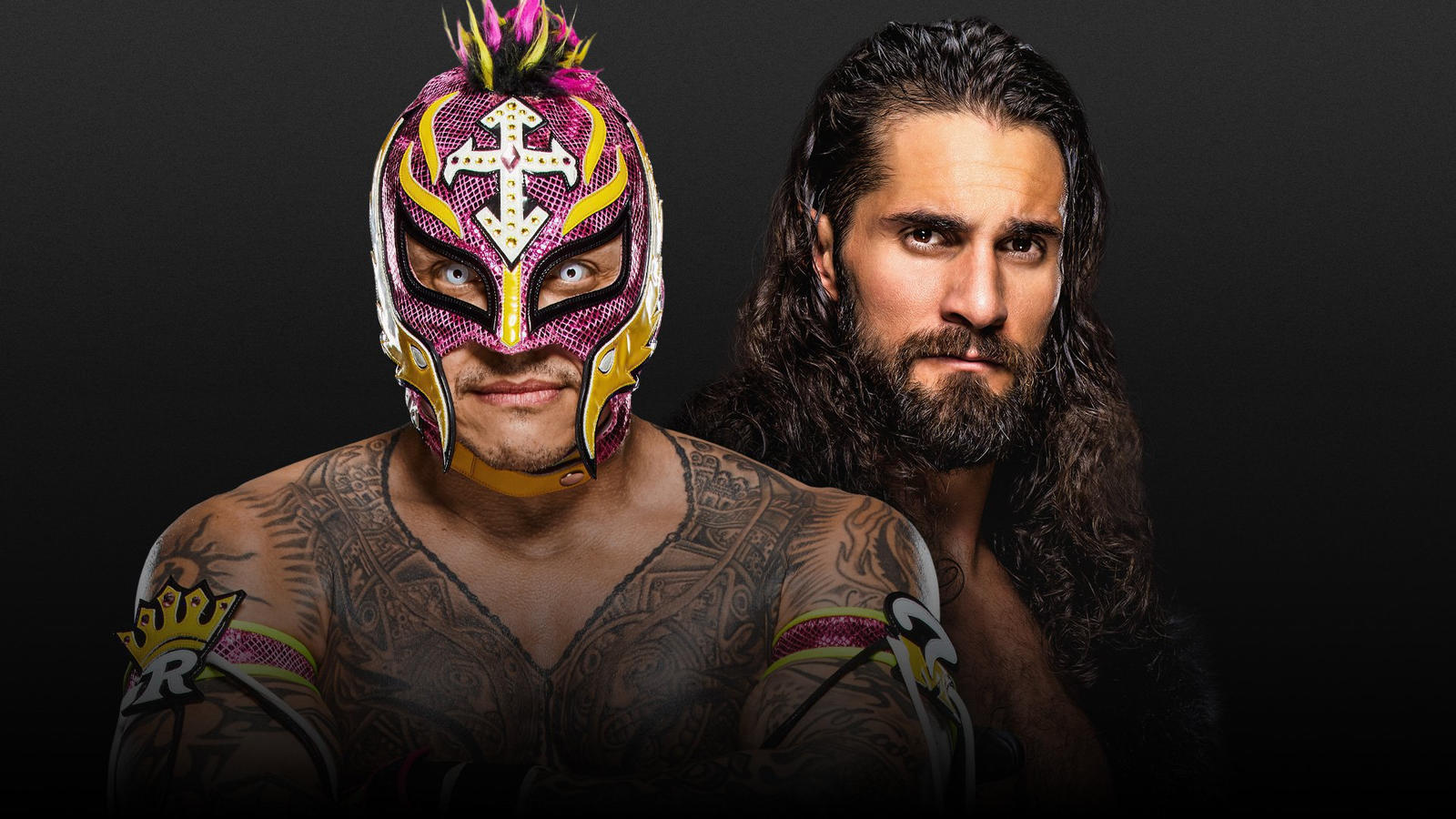 Seth Rollins vs Rey Mysterio (Eye for an Eye Match)

This is the match I’m most excited for Sunday night, mostly because I can’t wait to see what 2008 Syfy original series CGI effects they get for this eye business. Somebody better loose a real peeper here. Rollins thinks Mysterio is old news, and he’s determined to wipe out the longtime star after Mysterio did the unthinkable and told him congratulations on having a baby. Dominick is also involved, but what’s new.

Prediction: Mysterio emerges victorious with Seth’s bloody eyeball clenched in his hand as a present to his son. A single eyepatch to match the single glove; the symbolic poetry. 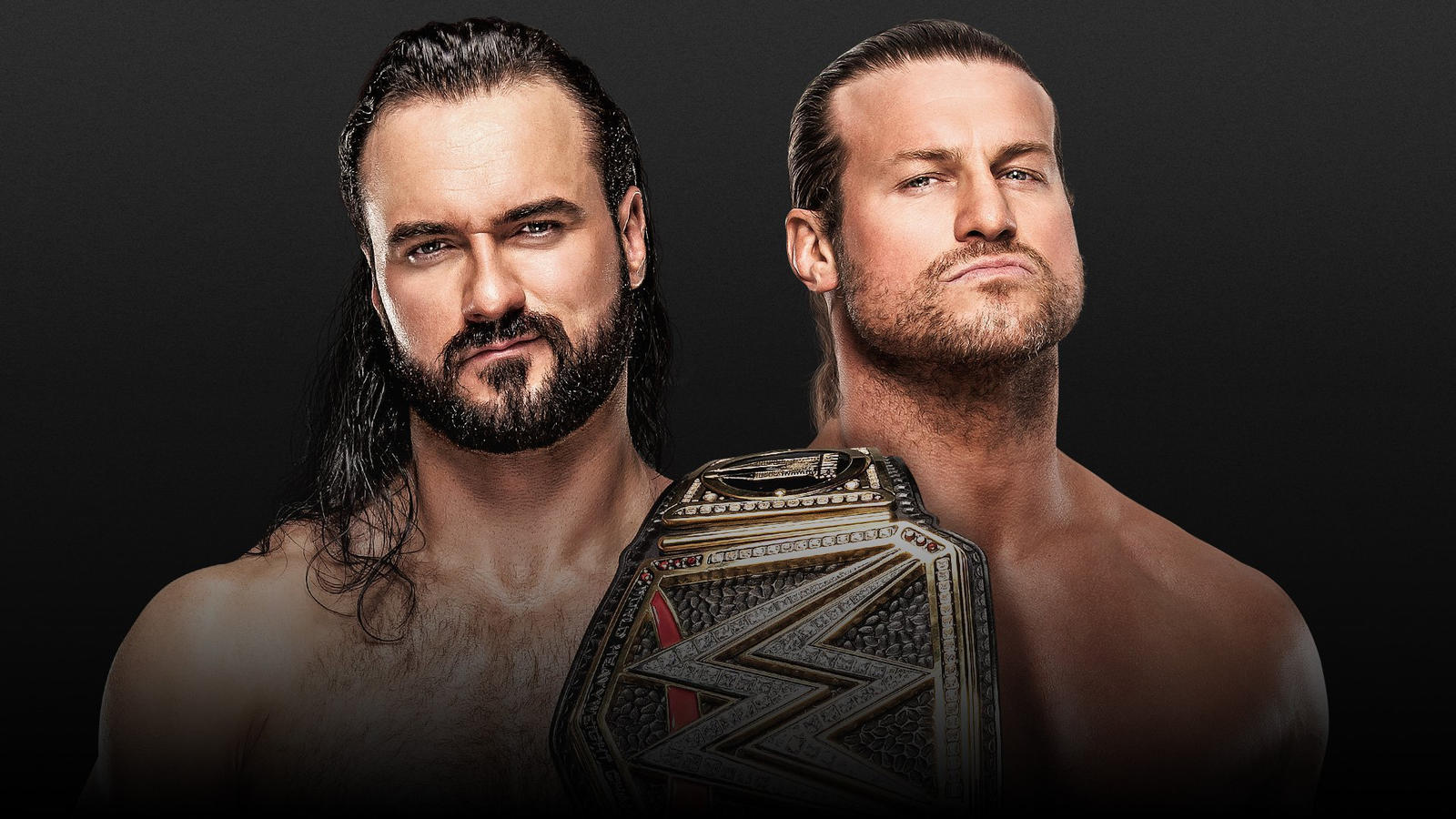 It’s Dolph Ziggler in a title feud in 2020, what could go wrong? Ziggler brought McIntyre to the main roster as his partner like 1 or 2 or maybe 6 years ago, but that ended when Drew realized he was the one with the duster and he should be calling the shots. Now he’s a nice boy, and Dolph is still a mean little 80’s bully.

Prediction: Obviously it’ll be McIntyre. Ziggler and his flat ironed hair don’t really stand a chance here, but at least we’ll get to see him do that little butt wiggle in his entrance. That’s always fun.