It is weird to have a SummerSlam with such little fanfare, but at least we have the ThunderDome to look forward to. At last, technology has realized man’s greatest dream of virtually being present for Braun Strowman vs Bray Wyatt. What more could we possibly ask of a multi-billion dollar company? Thank god they laid off all those workers during a global pandemic to make this dream a reality. Anyway, here’s the SummerSlam card: 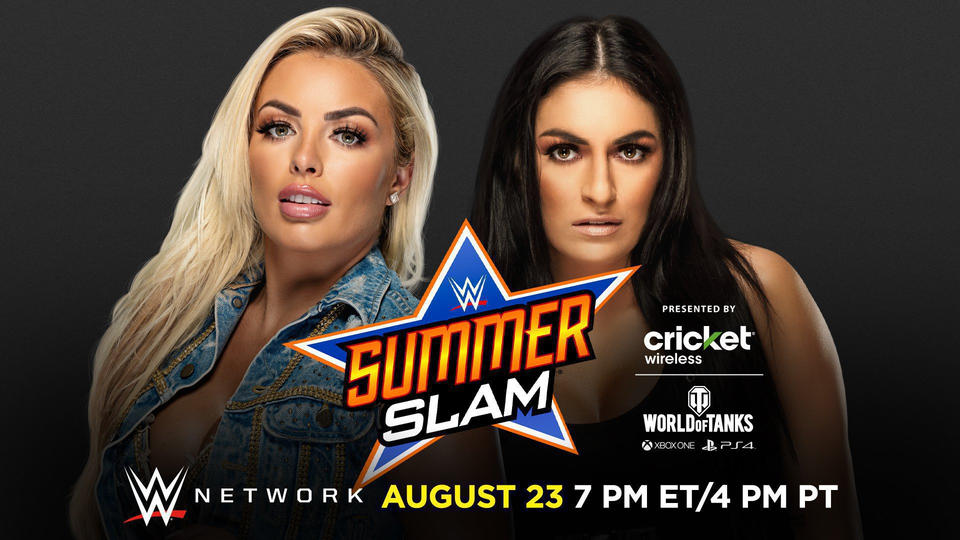 Note: Sonya Deville and Mandy Rose were unfortunately part of terrible incident this past weekend, where a “fan” broke into Deville’s house. Thankfully both women got away safely, but if we don’t end up seeing their match this weekend, I don’t think anyone could blame them.

Sonya chopped off most of Mandy’s hair the other week, as punishment for not being her friend anymore and being responsible for some awful merch on the website. To be fair, it’s hard to imagine a haircut Mandy Rose couldn’t look good in, but I guess it’s the principle of having date night ruined by your ex-BFF. 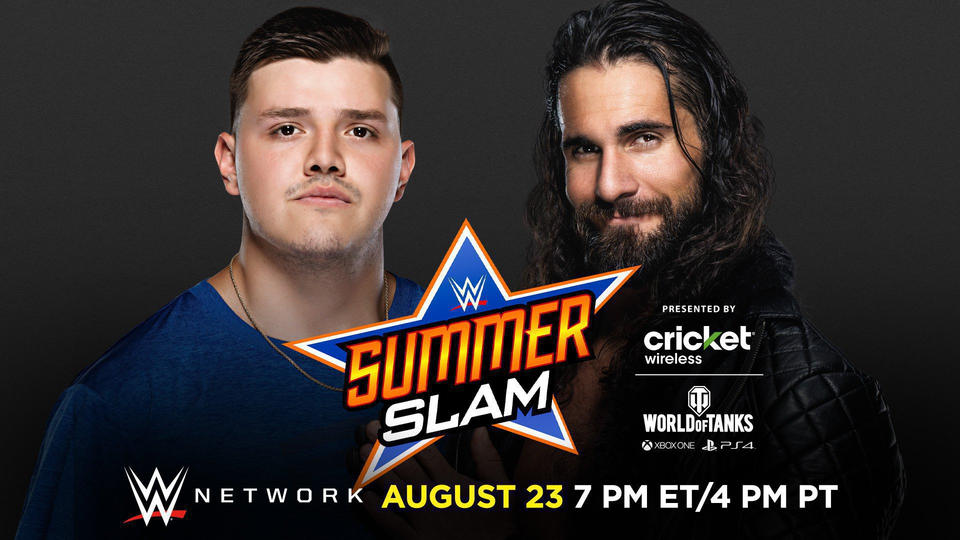 This feud has gotten pretty heated, with Dominik and Rey teaming up to play piñata with Seth’s back this past Monday night, while the week before, Rollins used a kendo stick to leave some wild bruises on the only child Rey acknowledges. At least we know everyone should keep their organs inside their body in this one. Hopefully.

Prediction: Mysterio’s gonna win this. Dominik could have a very bright future in WWE, but I’m actually gonna put this on a surprise Murphy face turn that gives him about 2 weeks in the spotlight before we don’t see him again for seven months. 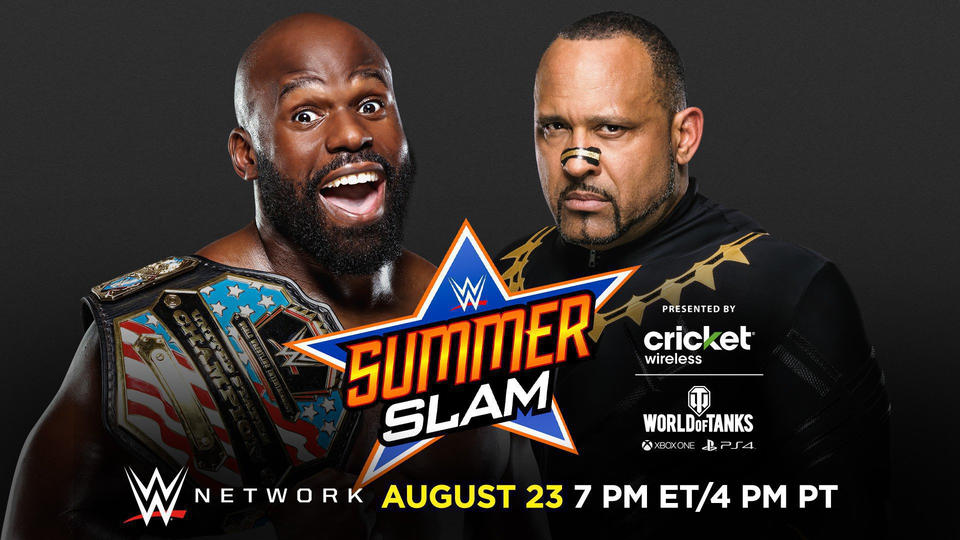 This match was bumped from the Extreme Rules card after Crews was unable to compete, so let’s hope all is good for this Sunday. MVP has devoted himself to doing what Monday Night Raw itself has failed to do in the past year; managing to make the US Title look like something people genuinely want. Crews hasn’t had a ton of chances to prove himself as champion, but if given the time, this could be a great showing for him.

Prediction: Crews. MVP and the Hurt Business (bad stable name!!) are doing solidly in the midcard, and after toiling in catering for so long, Apollo deserves a good bit longer as champ. 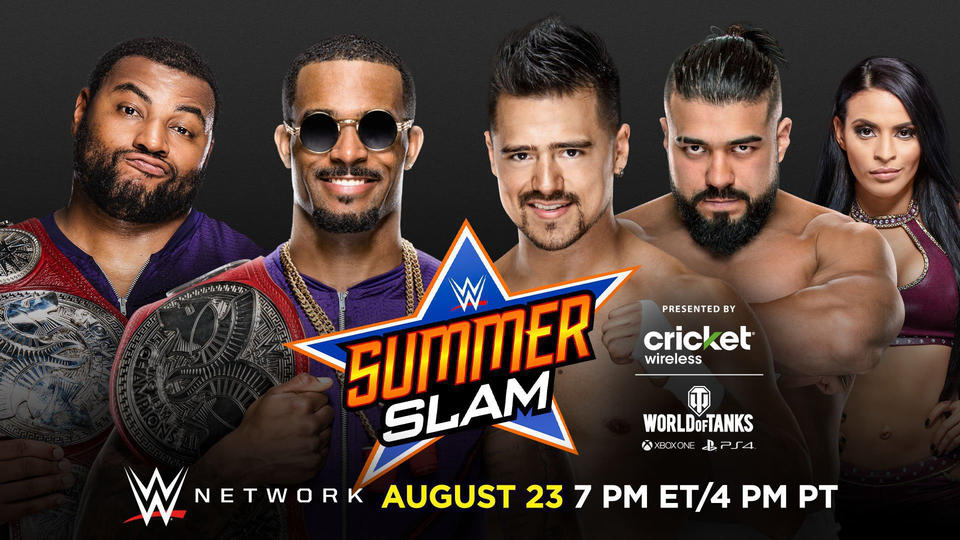 Zelina Vega pulled the old “poison your opponent’s solo cup” trick a few weeks ago, so Bianca Belair showed up at her house and on her Twitch stream to knock some sense into her. While I’d love to see these two go at it in a proper match again, we’re getting their respective hunks battling for the tag titles. We’ve seen the Profits vs Andrade/Garza in all its variations over the past month, so at least we know we’ll get a solid match.

Prediction: I’m actually gonna say Andrade and Garza. It’s sad how little attention the Street Profits were given as champs, but I have no doubt we’ll see them claim plenty more title reigns down the line. 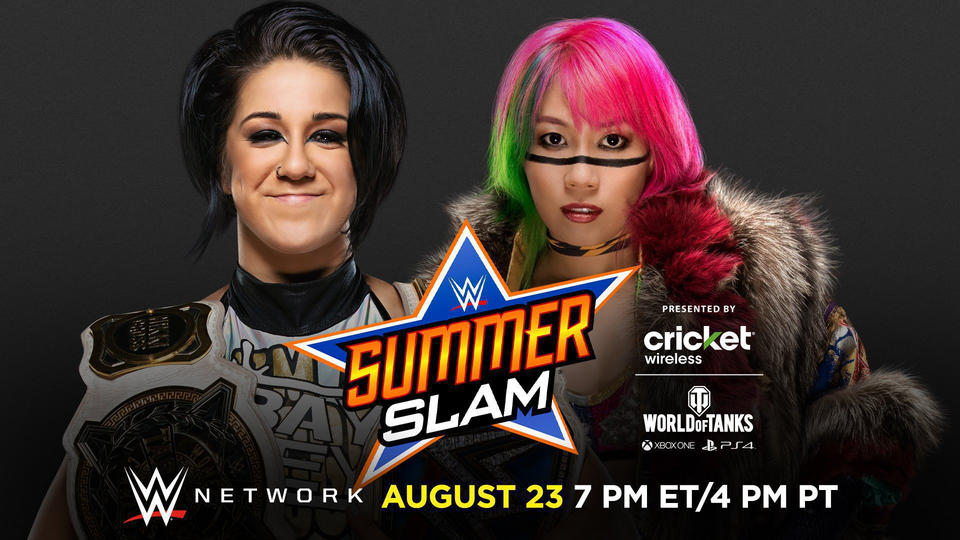 Double dose of Asuka on Sunday, with her first championship shot at Bayley Dos Straps. A surprise entrant in last weeks battle royale, Asuka bested Shayna Baszler to earn her chance at the SmackDown Women’s Championship. In an ideal and just world, we’d see her walk out of SummerSlam as a double champ, but I can’t say WWE has ever been described as “ideal” or “just.”

Prediction: Asuka wins- Bayley’s been SD champ for over a year, and she’ll still stay near the top as tag team champ with Banks. Out of her two matches, it feels more likely Asuka will beat Bayley than Banks. 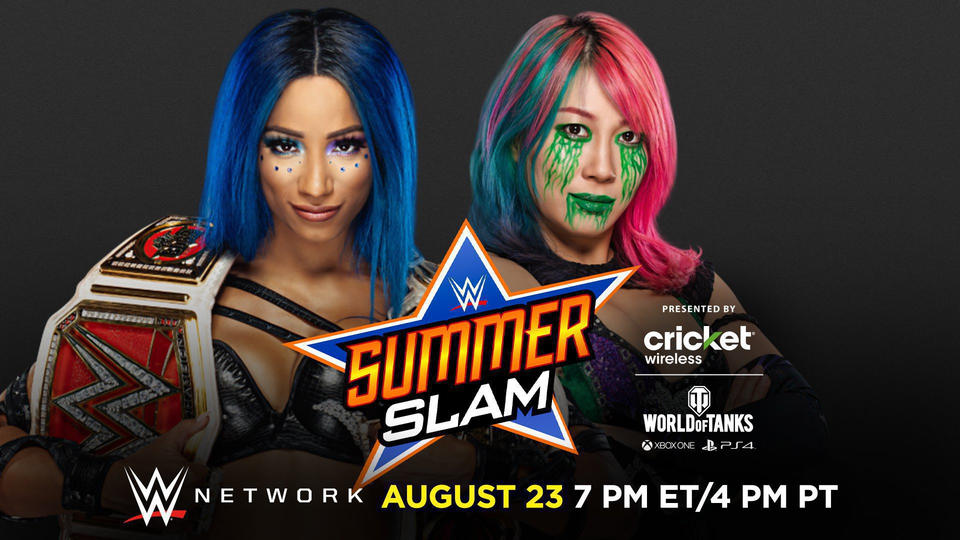 We just saw these two go at it in possibly the best match of Extreme Rules, so I’m definitely looking forward to seeing round 2 for them. Bayley and Sasha will pull their usual tricks, but it’ll be interesting to see if Shayna Baszler has Asuka’s back on Sunday, as she did on Monday night. 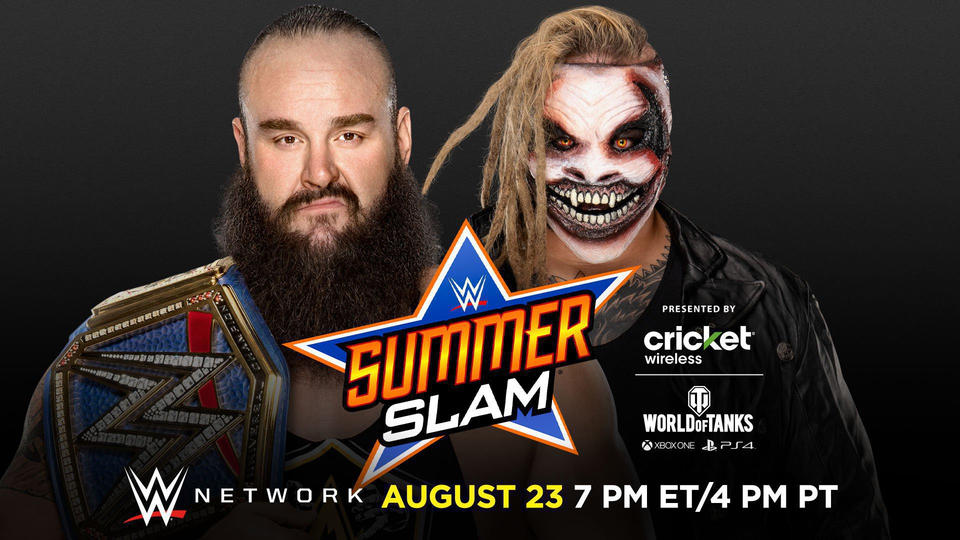 Braun Strowman is mean now! After cutting bland promos about darkness and throwing Alexa Bliss several feet in the air, Strowman is ready to fight the second most famous murder clown in all of wrestling. The Fiend came out to protect Bliss last week, on account of the whole being launched 9 feet above the ring business, although I’m not sure how successful a white man with dreadlocks should really be as the good guy in a feud. Let’s hope nobody has to go swimming in a Florida swamp this time around.

Prediction: Strowman wins, but hopefully not until we get to see Alexa kick his ass a bit. 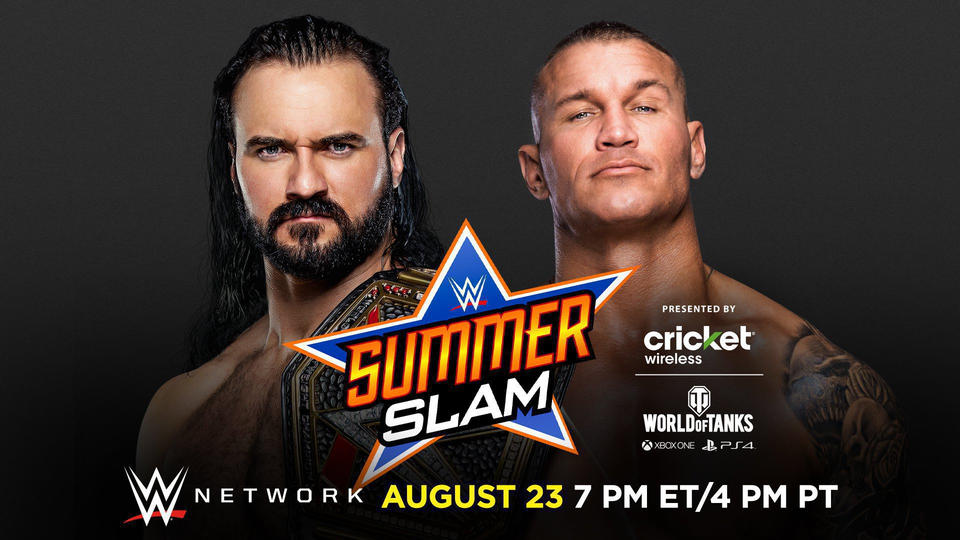 Randy Orton, like the rest of us, is missing the mid ’00s and has decided to return to being a legend killer. After turning on his mentor Ric Flair, he punted Shawn Michaels this week on Raw, leaving the Hall of Famer significantly less cute and sexy. Drew McIntyre is pissed that his work environment isn’t safe for old men anymore, so he’s vowed to give Orton what’s coming to him.

Prediction: McIntyre retains. Orton will see his next championship reign sooner rather than later, but I can’t imagine them cutting Drew off just yet.

Two Vampire: The Masquerade - Bloodlines 2 Creative Leads Have Been Fired