WWE, purveyors of all things romance and heartwarming, gave us some beautiful, loving stories this week. We had the connection between a woman and somebody else’s neck, the lust between one man and another man’s wife, and the crushed dreams of a guy in a sleeveless tux at an expensive restaurant. We also saw Angel Garza on both Raw and NXT this week, so my Valentine’s dreams came true as well. 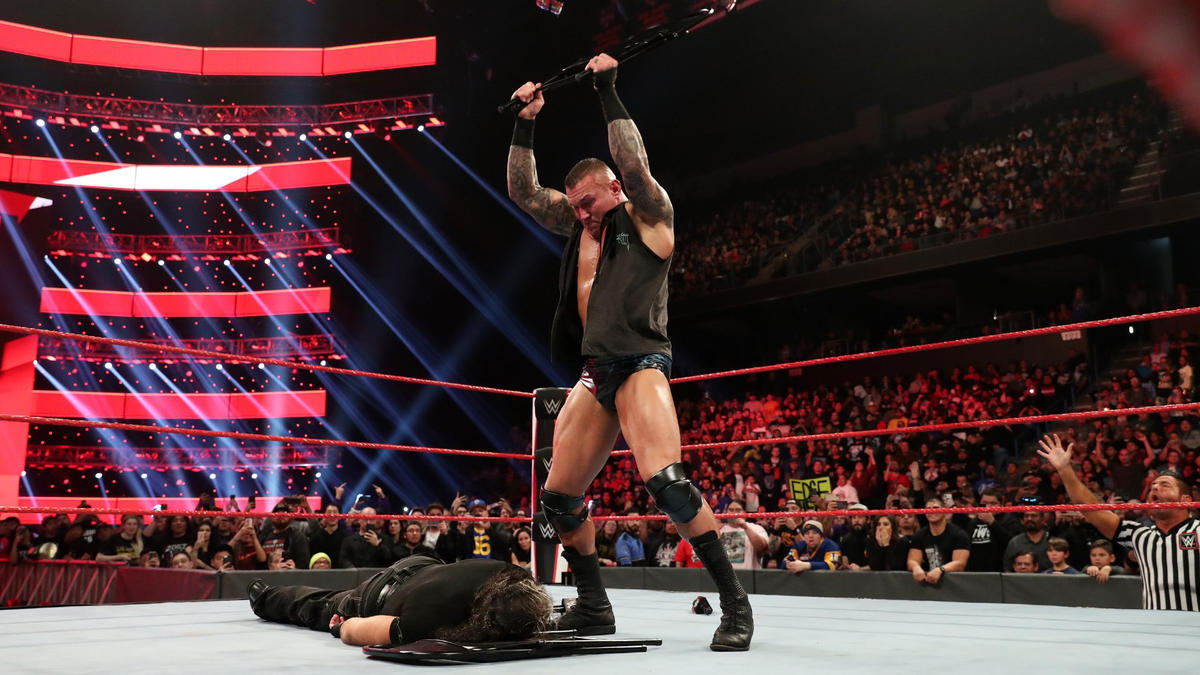 There’s nothing like emotion from Randall Keith. After his vicious attack of Edge two weeks ago, Randy came out to try and explain himself yet again. He was interrupted by Matt Hardy, who laid out his varying history with Edge, which was a nice recap for those of us who only started wrestling a few years ago. Hardy emphasized how difficult it was to see Edge retire and how he couldn’t hold any hard feelings for the man knowing what he went through. Matt is a great talker and it’s wild that this is the first time we’ve seen him on WWE TV for more than 3 minutes in countless months. He ended by asking Orton what was wrong with him, a question Randy evidently wasn’t too crazy about. He attempted an RKO that Hardy was able to counter, but wasn’t quick enough to stop the second. Orton then went for the chairs, and the rest was painful history. This seems to be the end of Hardy’s time in WWE once again, and sending him off as Edge’s defender is a nice nod to their history together, and finally a good use of such a talented vet. 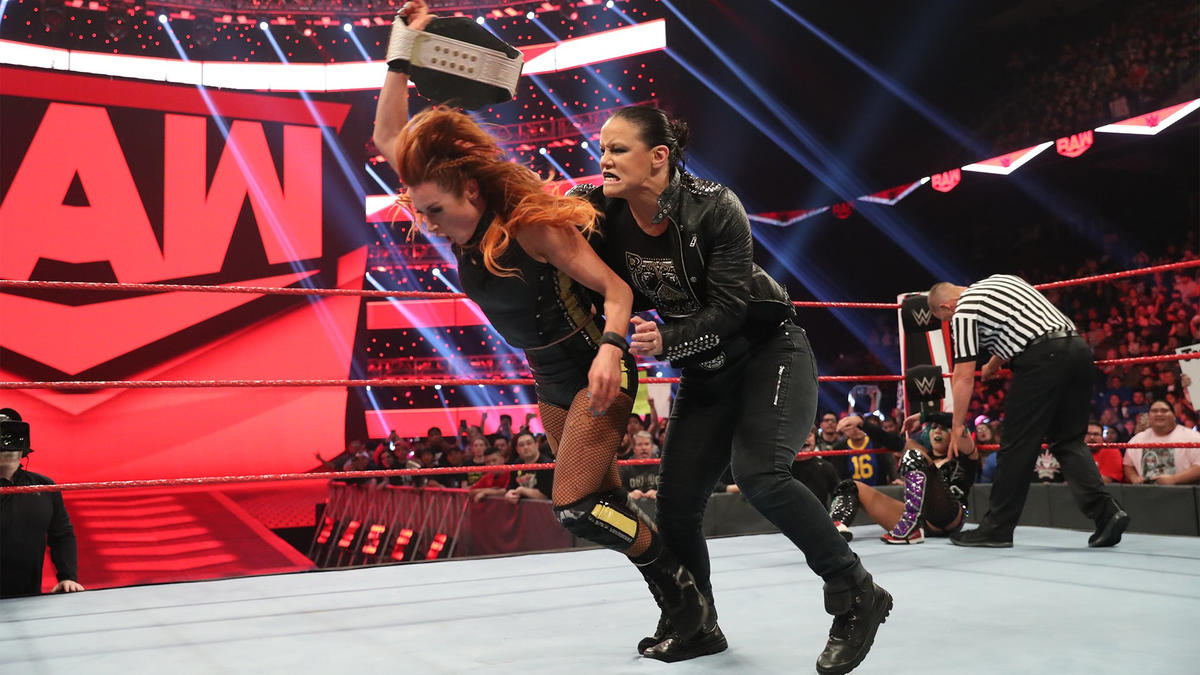 Huge props to whoever threw out “Shayna Baszler‘s mouth guard was the only thing preventing her from revealing her true vampire nature” as a joke that somehow snowballed into a genuine angle. After defending her title against Asuka again on Monday, Becky won with a tribute to People’s Sexiest Man Alice 2016, Mr Dwayne Johnson, hitting the Empress with a Rock Bottom. Baszler then attacked Lynch in the ring, locking in the Kirifuda Clutch and taking out her mouth guard to see what Becky’s neck tastes like. When the two were separated, Shayna had a wild mouthful of blood and a crazy eyed look to match. As weird as this segment was, given we’ve never seen teeth come out in a Baszler match before, I was kind of into it. Shayna made a huge impact on the main roster when she defeated Becky and Bayley back at Survivor Series, but it helps to bring her back with a bang (and some blood) to a crowd that might not watch NXT weekly. 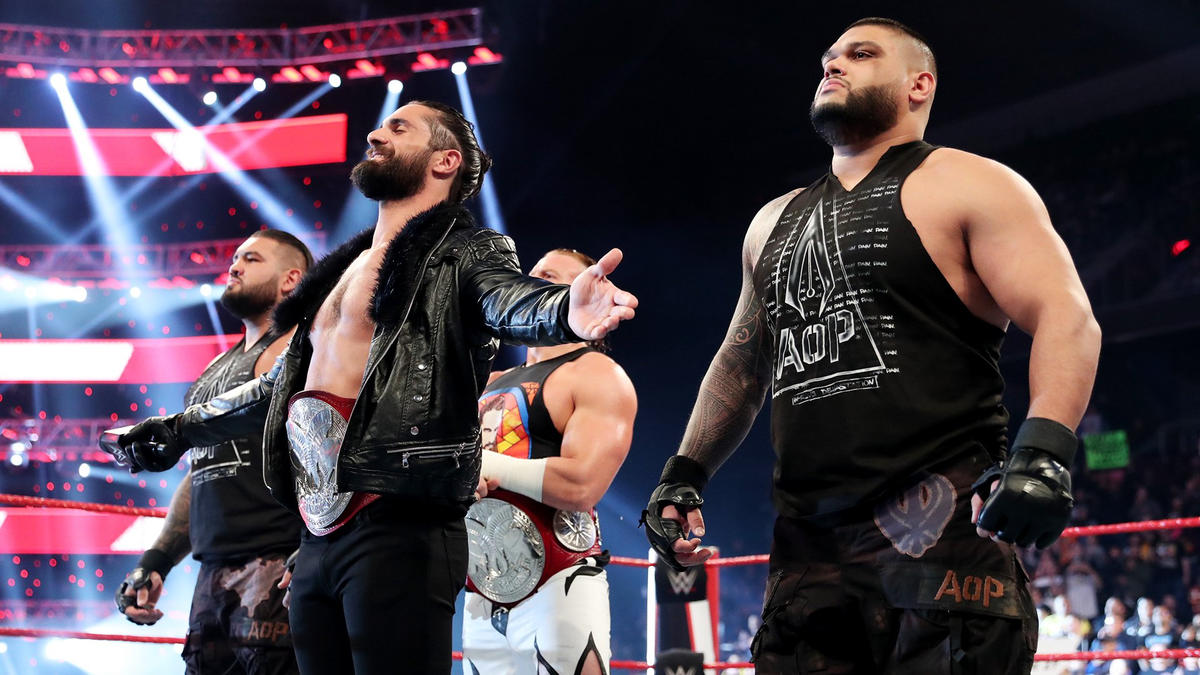 Seth Rollins has a sweet new jacket with fur trim, and when you put that together with his single glove, he absolutely looks like someone I would steer clear of in a suburban Pennsylvania Target. He and his disciples faced off with Kevin Owens, Samoa Joe, and the Viking Raiders yet again this week, in a match that’s becoming repetitive in all its combinations. The four men all work well together, but we’ve seen so much of them in the past month that it’s getting a bit much. Still, this was a solid tag match, with the heels dominating for most of it, until Samoa Joe took control. He had Murphy in the Coquina Clutch and the man previously known as Buddy tapped out, but the ref was distracted by Rollins’ preaching and didn’t see. Seth was able to land the Stomp to get the win. I like the feud between Rollins and Co and Joe/Owens/Raiders, but it would be nice to have a break from these match ups every week, especially when the faces keep losing to the power of Seth’s jolting charisma. 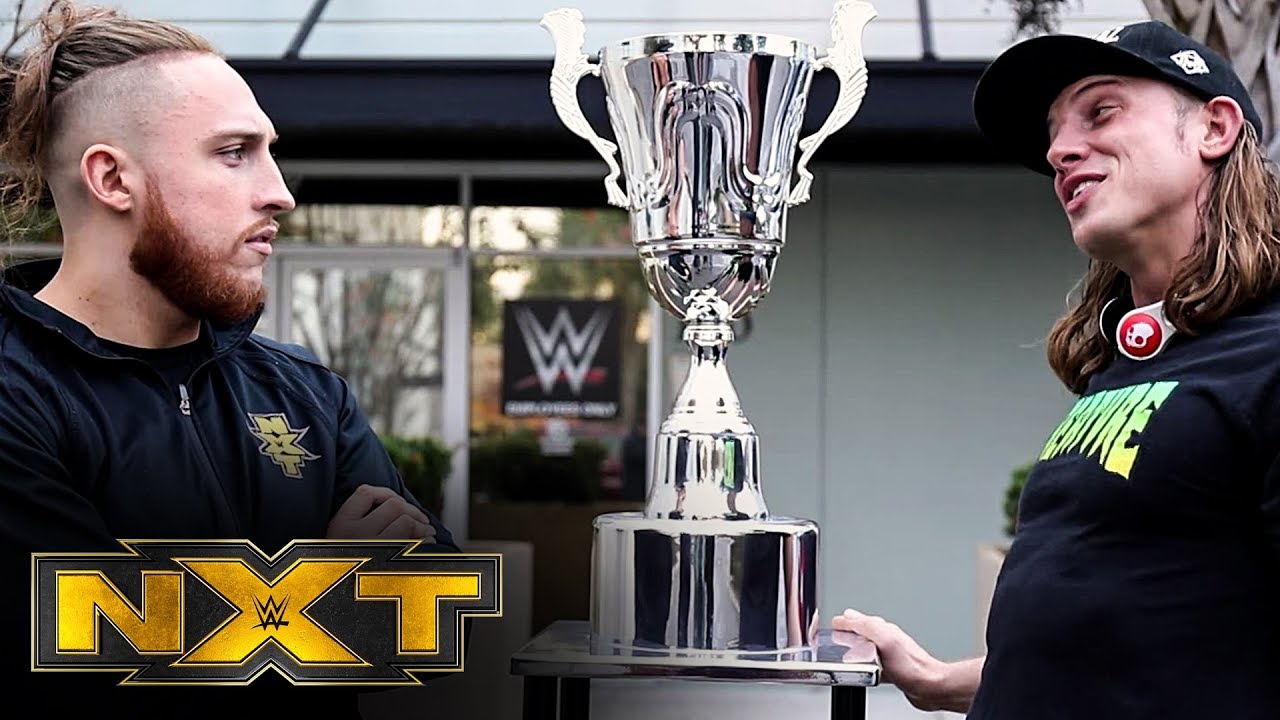 The Broserweights manage to be one of the best highlights on NXT, as this week saw a series of segments where they attempted to travel to Portland for Takeover. They were first pulled over on the highway, where Riddle offered to do the talking, since he was familiar with the situation and Pete can’t say more than four words in a conversation. When that failed, they got a romantic swan shaped paddle boat, going for a jaunt on the water with the Dusty Cup trophy on the boat. After some soul searching, they decided on a new life as boxcar children, stowing away on a private jet that was revealed to be Triple H’s. WWE’s comedy is usually so hamfisted it’s refreshing to get silly vignettes like these, where the strangeness of the duo just works so well. The Broserweights are wildly popular right now, and with the way NXT has been leaning into then, I wouldn’t be surprised if they end up capturing the tag titles this weekend. 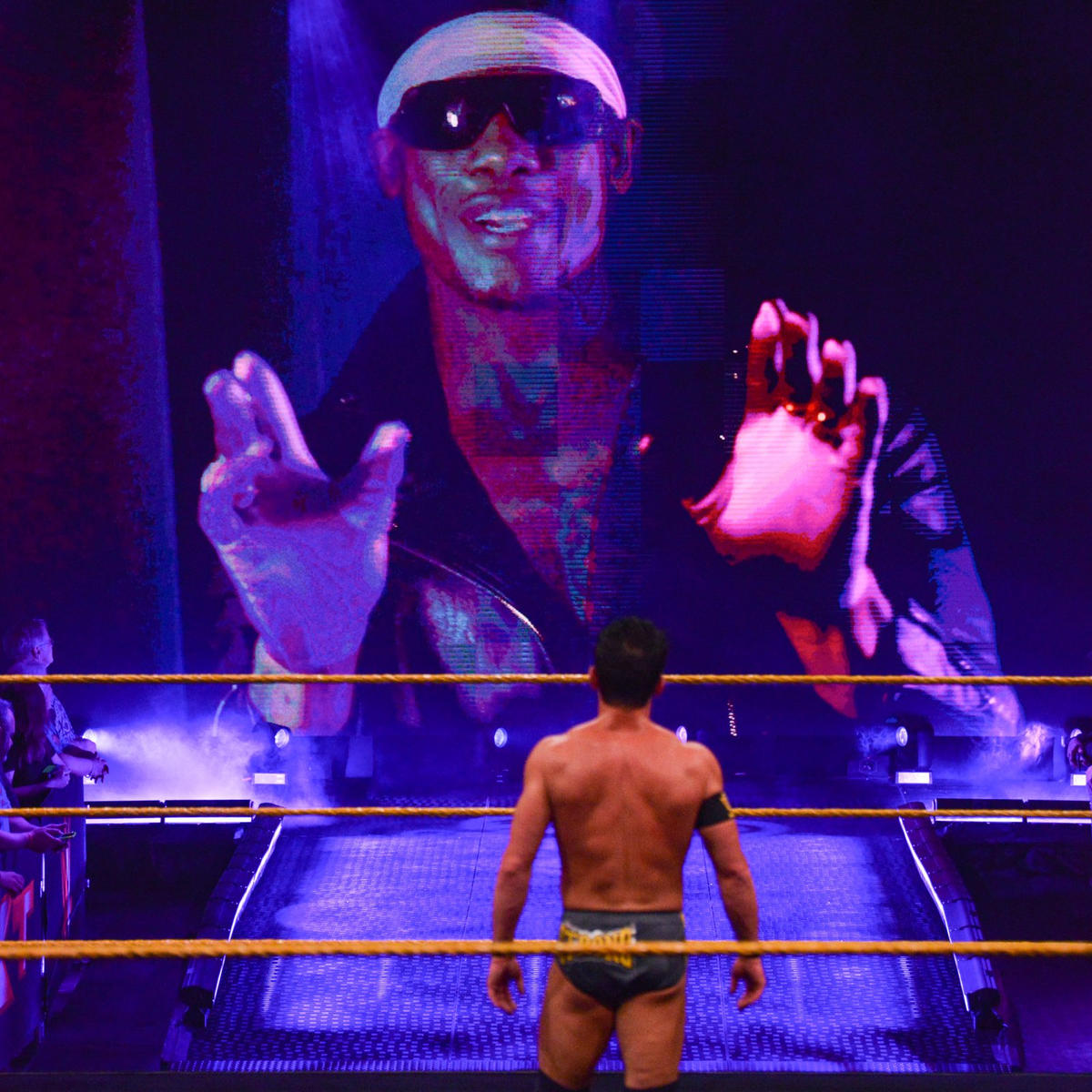 Marina Shafir Gets a Dream Offer

Velveteen Dream made a huge return to NXT last week when he interrupted the Undisputed Era’s scheduled bullying session while sporting gear decorated with Roderick Strong’s wife and son. Strong won the North American championship from Dream back in September, so what better way to get revenge then destroying a man’s home life. Roddy kicked off NXT by demanding an apology from Dream, but instead it was Bronson Reed who answered him. After a fine and surprisingly length match with Reed, Strong won with his wildly high knee. Dream then appeared on the tron with “call me up, Marina” emblazoned on his ass, even though I’m fairly certain Marina Shafir does not play much of a role in deciding which talents move to Raw or SmackDown. He reminded Strong that he lost the NA title to Lee, which meant Dream might have to take something a bit more personal from him this time around. The camera panned down to show an airbrushed family portrait of Dream, Marina, and Strong’s son, which left Roddy incensed. What’s a WWE feud these days without the implication of a man boning another man’s wife? 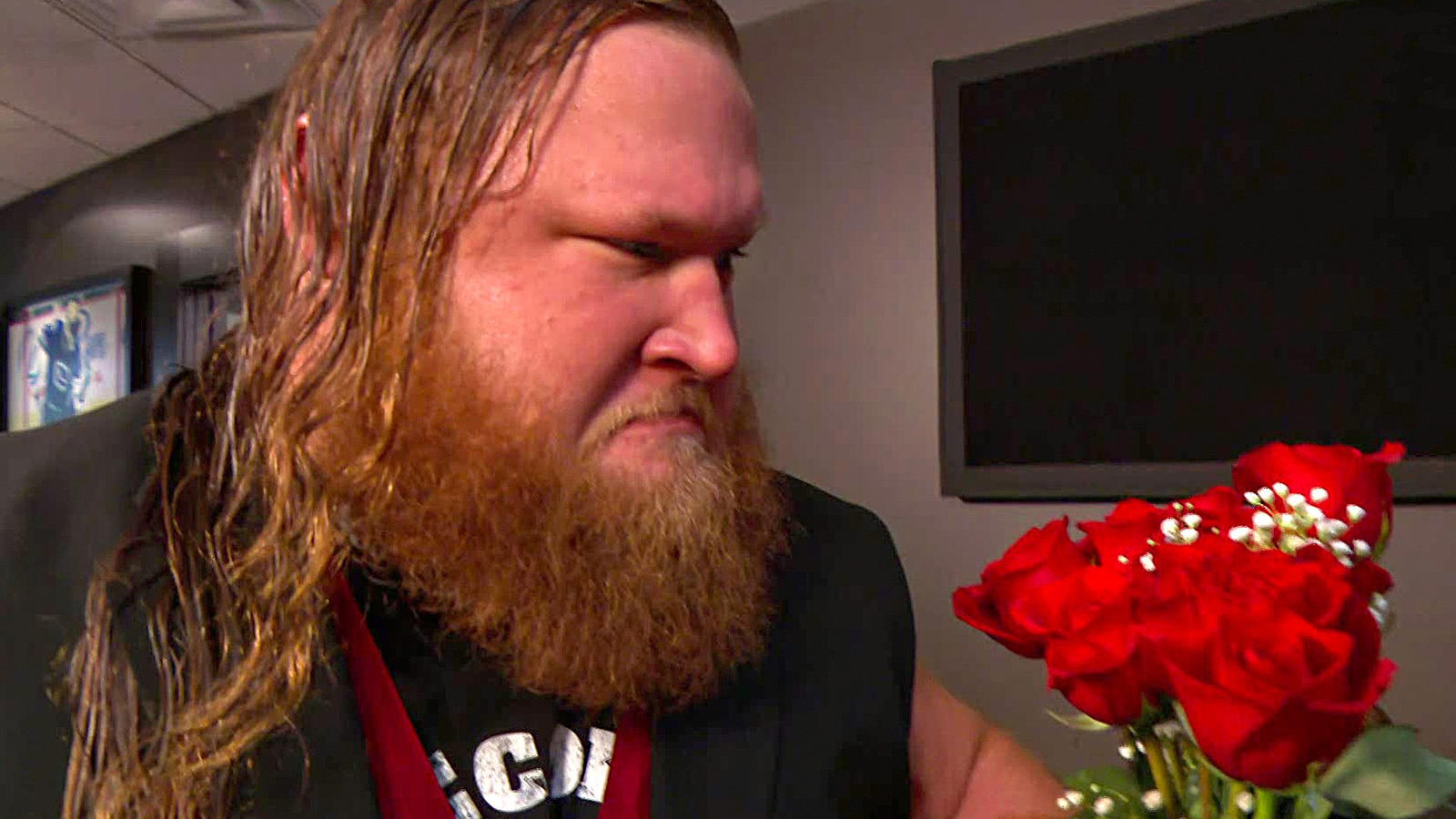 Otis’ Valentine’s date went about as well as most wrestling fans, as his much anticipated date with Mandy Rose didn’t work out the way he hoped. Otis was running a little late after cutting the sleeves off a tux that matched his Heavy Machinery t shirt, and Rose was waiting alone at the most generic restaurant I’ve ever seen. Just as she was getting frustrated, who should appear but Dolph Ziggler, who is honestly made to fill the sliminess personified role in this 80s movie love triangle. Otis then arrived at the restaurant with some lovely flowers and incredibly wet hair just in time to see Dolph and Mandy together. Dejected, he dropped the flowers and fled from the scene. I can’t wait to see this heartbreak settled in the wrestling ring, as all romantic issues should be. 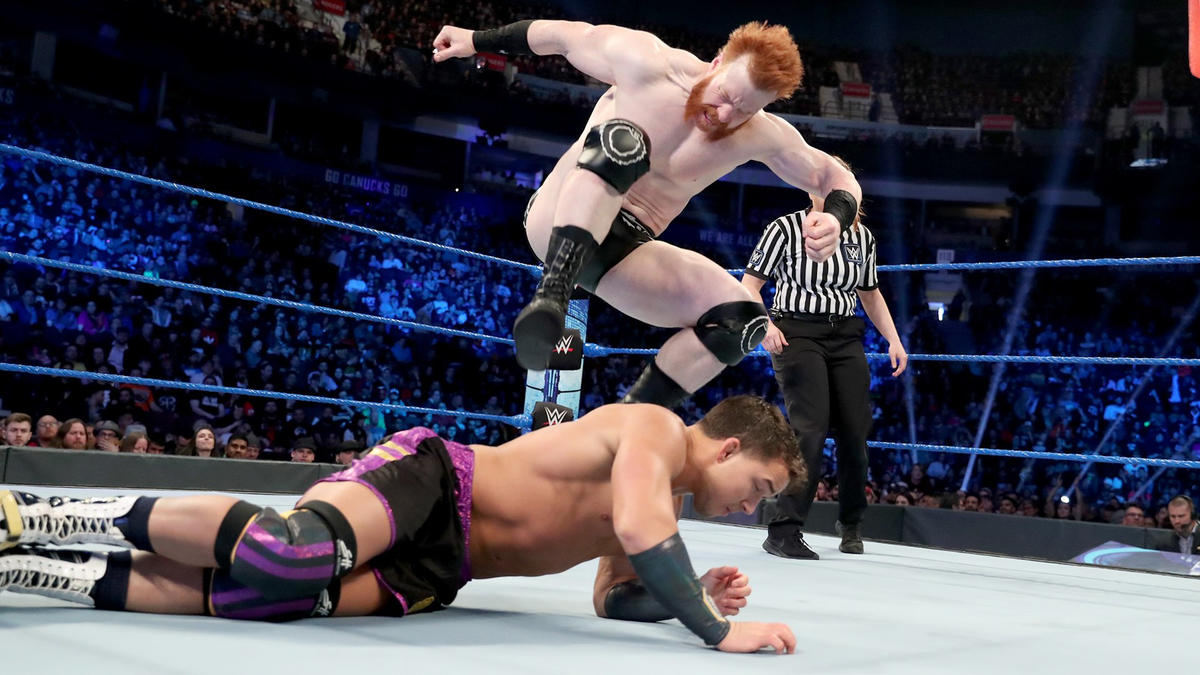 Celtic Warrior Wins Again, Gets Nothing in Return

What is happening with Sheamus? He came back off a long injury to a huge response and now he’s just beating up Shorty G every week and we have to pretend that’s some kind of a feud. The dude went back to his 2010 look but is being treated like 2018 Dana Brooke. This week he won a handicap match against Apollo Crews and Mr G, and the whole thing just made me feel bad for all 3 men involved. A real feud with genuine build between Sheamus and Gable would be great; Gable has incredible technical skills and works well with bigger men like Sheamus. They had a solidly entertaining match on the rumble preshow, but no one seems very interested in making anything substantial here. Sheamus dominating both Crews and Gable didn’t do much for him either, as he’s just stuck on a mid-card hamster wheel of defeating whichever fresh babyface comes his way. 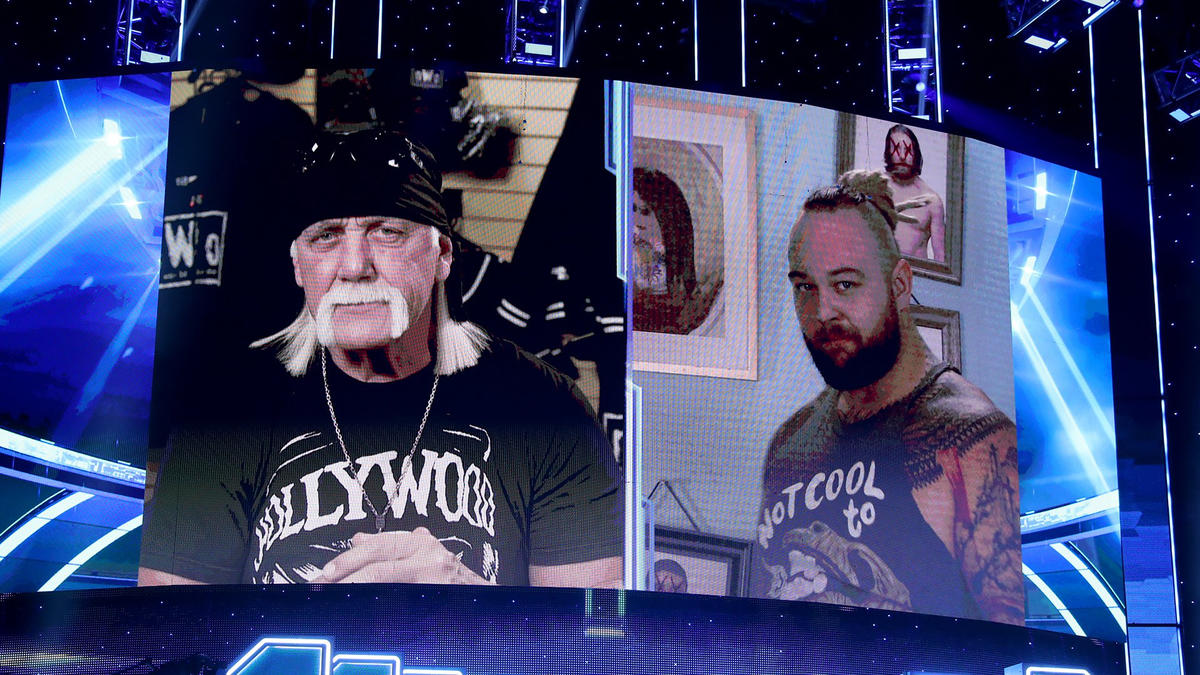 Bray Kills it on Air Guitar

Hulk Hogan was on SmackDown this week to celebrate NWO going into the hall of fame, and to offer a warning to Bray Wyatt about what he was getting into going against Goldberg. I know we’re heading towards Mania, but did we have to trot out Hogan so early? Let me work my way up to seeing that pleathery face with a quick Scott Hall appearance. I guess they have to make up for the two years he was unmentionable by upping his show dates in the past year. Either way, Hogan suggested Wyatt would fall victim to Goldberg, and Bray appeared on the tron to chastise him. He showed Hogan on his own personal wall of fame, right next to other unproblematic legends like Jerry Lawler, and mocked the NWO with some much improved guitar skills on the Universal Championship. Wyatt claimed he didn’t need luck to defeat Goldberg because he had The Fiend, and the clown had seen Goldberg’s 2017 match with Kevin Owens, so there really wasn’t much to be scared of. Hogan said he would see Wyatt in Tampa, which was the absolute biggest threat to me as a wrestling fan that I’ve ever heard. It’s great for Wyatt that he’s been involved with two legends the past few weeks, and his match with Goldberg will at least be entertaining even if it’s not exactly great wrestling. 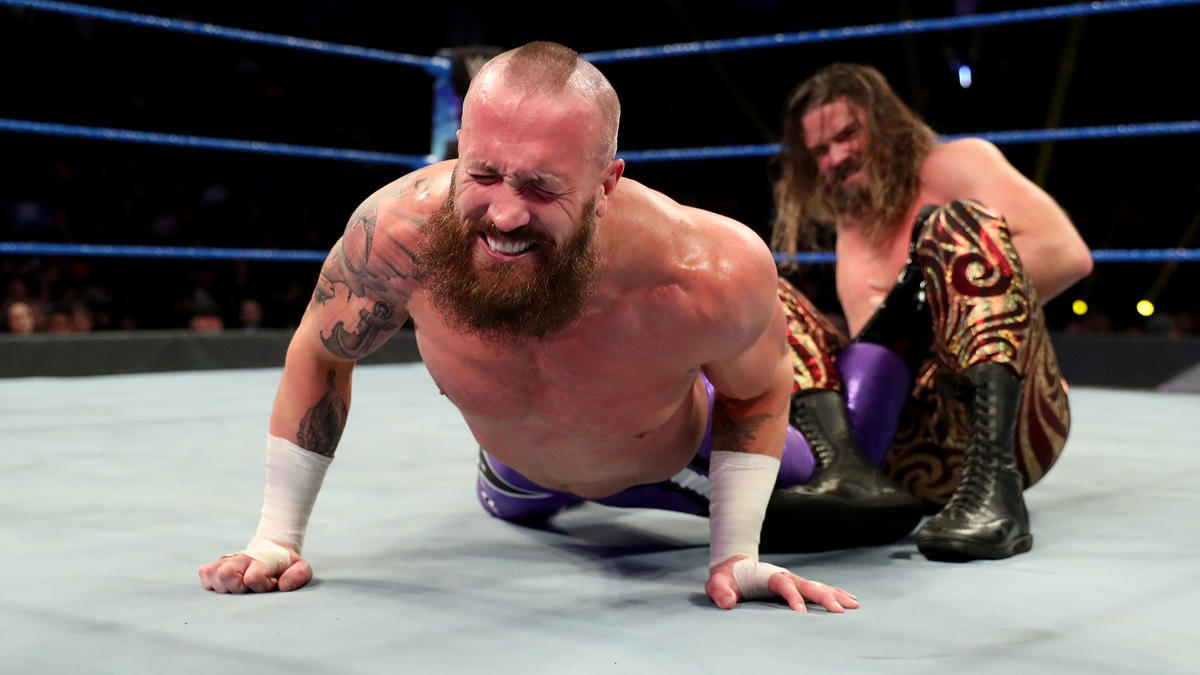 Power of Love Not Dead Yet

205 Live celebrated love with a romantic return for Mike Kanellis, who has been absent from the brand for several months as he tried yet again to leave the company. Nothing celebrates marriage like being forced to stay in something you no longer have any passion for. Kanellis teamed with Tony Nese in the main event, and their entrance featured Nese doing his pec pop to the beat of Kanellis’ theme song, which sent me big time. The duo faced Brian Kendrick and Ariya Daivari, who had just cut a promo about how much they hate Canadians. Kendrick is billed from California, so that feels like a natural character progression. Good main event here with the typical crowd lull, which only makes me sadder each week. Kendrick and Daivari brought out the chairs to take out Nese while he was down, but Danny Burch and Oney Lorcan returned to cause a distraction, gaining retribution for a brutal chair attack at Kendrick and Daivari’s hands earlier in the night. Oney had a sick eye bandage that blinded Daivari and allowed Nese to roll him up for the win. Team One Two then took out the heels with the chairs and ended the night looking like the coolest guys to ever win a bar fight.

Die Mad About It: Nyla Rose Is the AEW Women's Champion