It’s hell and it’s happening in a cell. WWE’s spookiest PPV has arrived, and this year we have three whole hells promised in the same cell. It’s time to see who’s getting thrown into walls, who’s going to hell, and who’s debuting a new gel filter. Here Sunday night’s card so far: 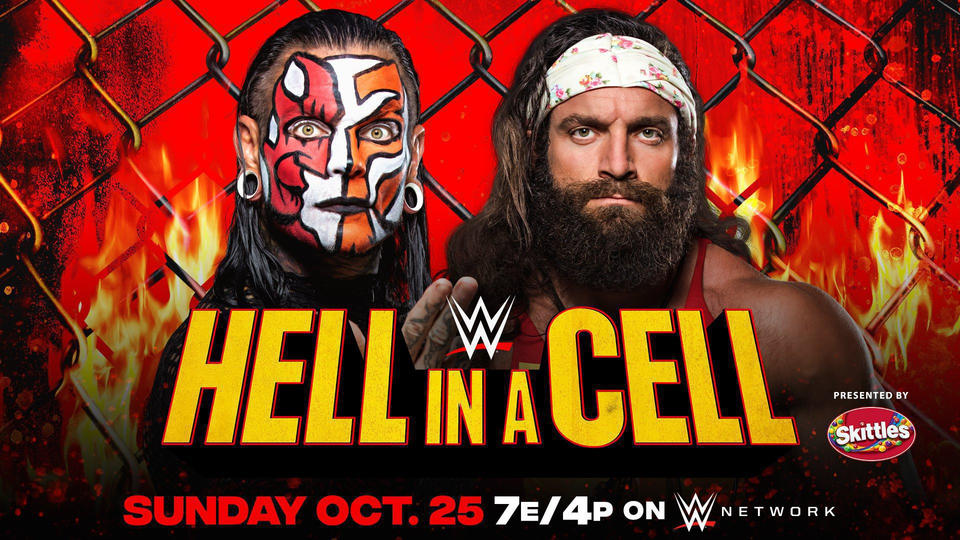 Remember when Jeff Hardy was accused of attempted vehicular manslaughter? You probably don’t, but that’s for the best. Now that Elias is back, they’re picking up that storyline no one liked and settling it in the ring. It’s always fun to see a grown man swing at someone with a $35 Overstock.com guitar, but I can’t say I’m too psyched for this match.

Prediction: Hardy. Elias can kind of always take a loss and still be entertaining. That’s the power of song. 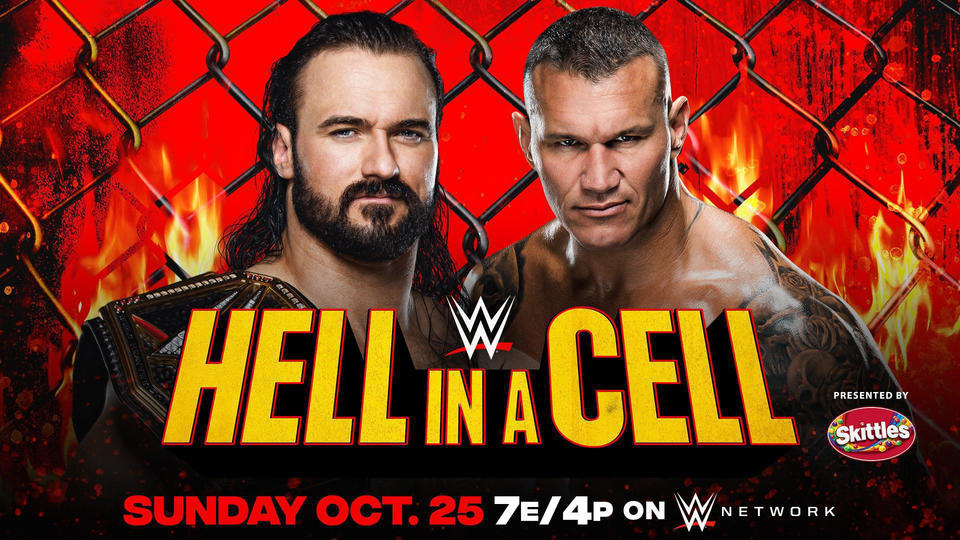 We’ve seen McIntyre and Orton go at it a lot recently, but this time it’s behind a fence, so it’s getting serious. McIntyre has come out on top in their previous two matches, with some assistance from HBK, Ric Flair,Big Show, and Christian last time. Orton fixed this problem by knocking around some middle aged men with a steel chair, and now he’s good to go again. The big question here: is Randy going to bring his night vision goggles?

Prediction: McIntyre. Randy’s going to get another title run sooner or later, but it’s time for Orton to move onto something else. 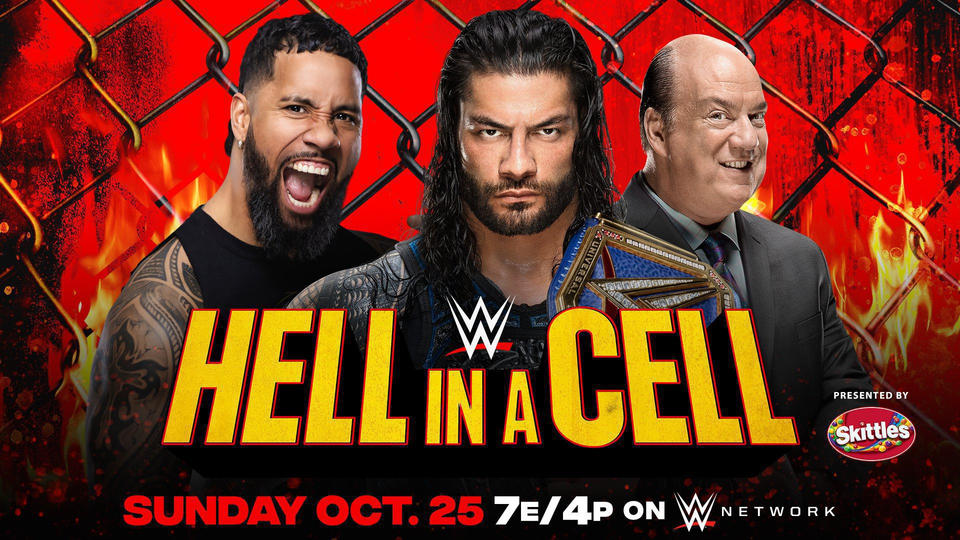 After a great match at Clash of Champions, it’s cousin vs cousin once again in an all out I Quit match. Uso jumped at the chance to face the champ again, even with Reigns promising “extremely” “high” “stakes.” Last time Jimmy had to throw in the towel for his brother, but Jey will have to call the match himself this time. It’s probably a good thing nobody can meet for Thanksgiving this year, because that would be a real awkward family dinner.

Prediction: Reigns for sure. This should be another really good match between the two.Uso took a bad beating last time, but it might be even worse inside that rocket red steel structure. 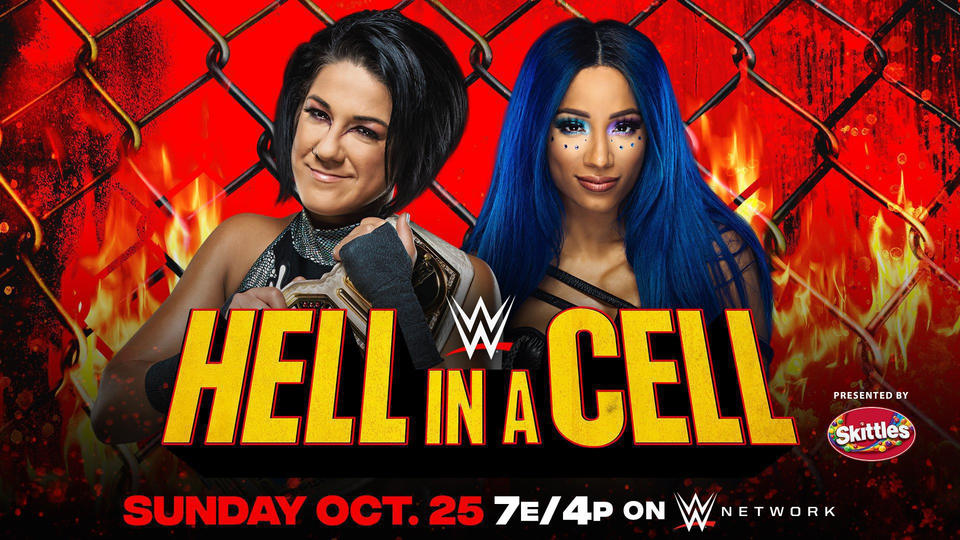 This has been brewing for the better part of 5 years, and after several false starts, it seems like WWE has finally pulled the trigger on Bayley and Banks. Best friends turned bitter enemies is nothing new in wrestling, but the lengthy history between Sasha and Bayley helps sell this as a must win for both women. Bayley has used a chair to keep her title in her past two championships matches, but anything goes inside the big dog crate.

Prediction: Match of the night, for one. Banks and Lynch put on a classic last year last year, and things should only be more intense between these two. I’m gonna go with Banks getting the win here, although how long they’ll let this title reign go is anybody’s guess.

No doubt WWE will round us out with a few more matches- yet another version of the Mysterios vs Rollins feels horrifyingly likely. Murphy’s in the middle now, as the Dominick and Rey can’t accept him and he took a kendo stick to his former messiah last week. I still can’t find it in my to get excited about any combination of Rollins/Mysterio, because it’s October and this consumed the entire summer.

Prediction: Dominick seems the most likely victor, but handing Seth a big L for his first SmackDown match would be tough. Maybe we’ll get a DQ and Rollins will star in the worst HiaC match for the second year in a row.

Jax and Baszler have been popping up and running through the Raw women’s division, possibly because they’re never given any opportunity to defend their tag titles. On Monday night they attacked Asuka and Lana following their title match, but Asuka managed to fight Shayna off. While Asuka and Baszler would be the selling point of this feud, it’s far too early to put them together already. Asuka and Jax could put on a good match, showcasing Jax’s strength against Asuka’s quick style.

Prediction: Asuka retains- Jax can handle a loss easily and still look dominant. If only she and Baszler could have some kind of tag storyline. You know, as the women’s tag champions.

Tags
wrestlingWWEwwe hell in a cell

NJPW Power Struggle 2020 Review: There’s So Much About Wrestle Kingdom Booking In This One

This Is Real – AEW Dynamite Recap and Review

A Square in the Inner Circle: AEW Dynamite Recap

Lucky Number 14: WWE Hell in a Cell Recap and Review