WWE has done their best to spice up Fastlane this year, but it’s hard to turn out a show that you know will be overshadowed in three short weeks. At least they’re toeing the interspectralbeing line with Randy Orton fighting a possesed Alexa Bliss. And, hey, Peacock finally got some subscribers outside of the cache of people who still use Office quotes in their Tinder bios. 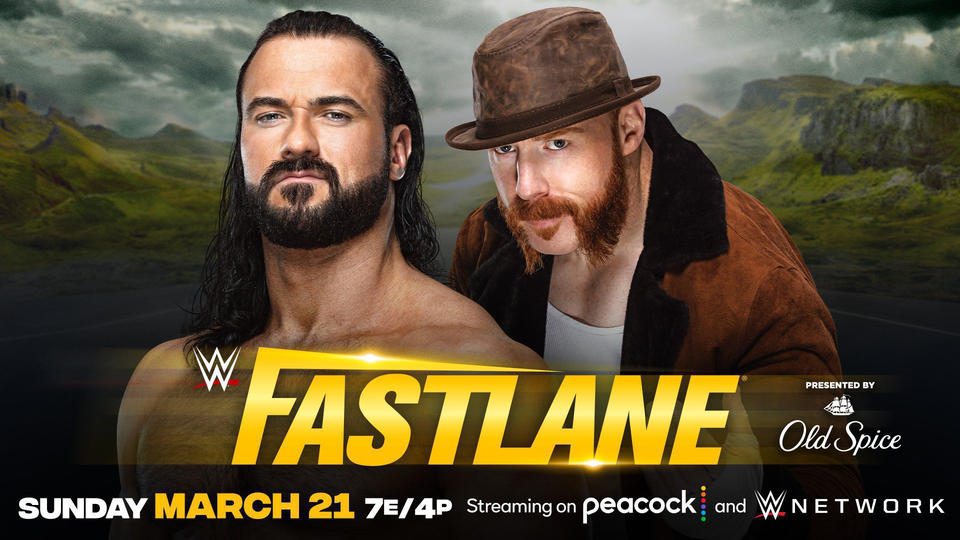 Another good example of WWE seeing people liking something and then ramming it into the ground. This is our third match between these two in as many weeks, but Sheamus and McIntyre are fantastic together, so I can’t complain too much. Although it probably would have made more sense to give Sheamus the win in their past Raw match, so there was some reasoning behind the third bout at Fastlane beside the fact that big dudes like to beat each other up.

Prediction: It’s obviously McIntyre. A bit of a shame Sheamus couldn’t even squeak out one win, but him and his Topshop suspenders have remained very entertaining nonetheless. 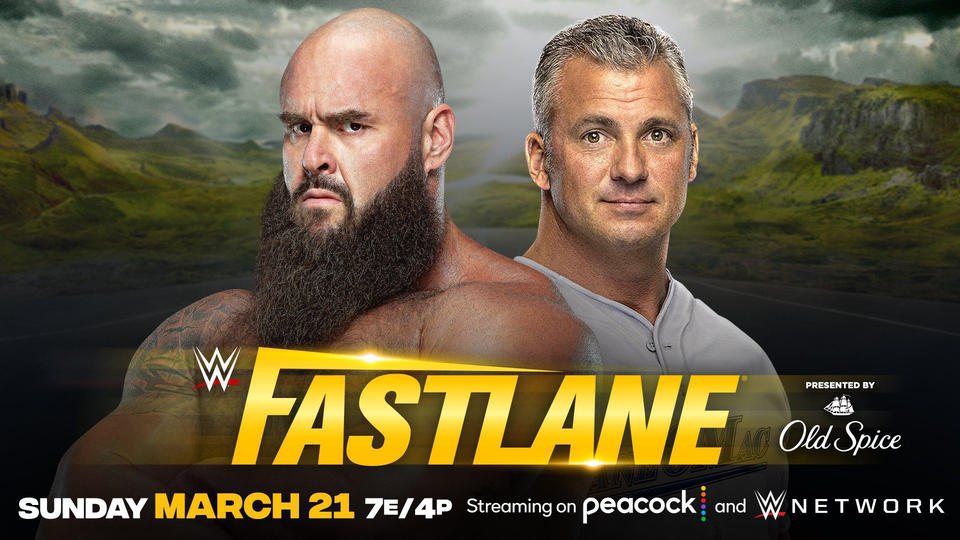 Absolutely no idea why this is happening. No one wanted this on any level. I have a headache thinking about how long this match could potentially be, as anything over 95 seconds feels gratuitous. Stupid is as stupid does, and this is a stupid match to put me through.

Prediction: Shane, probably from the top of a giant bucket of slime or something. Would not be surprised to see this blow off at Mania. 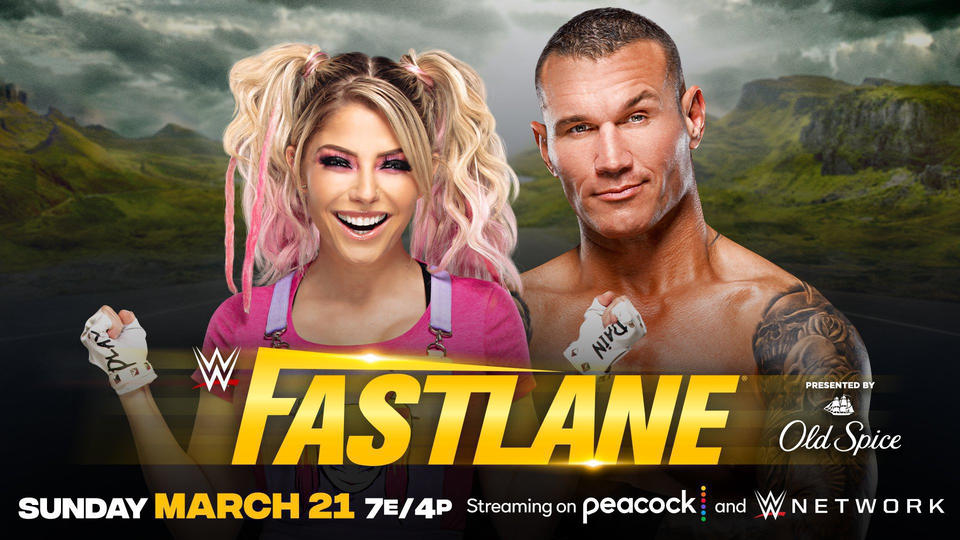 This is happening for a myriad of reasons, namely that they need to find a way to write The Fiend back in before Mania, so 45,000 fans can witness Bray Wyatt sprint to the ring in total darkness for the teleportation effect. Also, Bliss fireballed Orton in the face and left him spitting bike oil for the past few weeks. Given that it’s WWE, the hopes of actually seeing Bliss take an RKO are low, but they’re there. It would truthfully be an interesting matchup, given Bliss’ gymnastic style and Orton’s slower pace. But, again, we’re almost definitely not getting a real match. I’m sure there will be some magic and fire and whatnot.

Prediction: Orton, which will bring The Fiend out of peaceful Miami beach retirement. 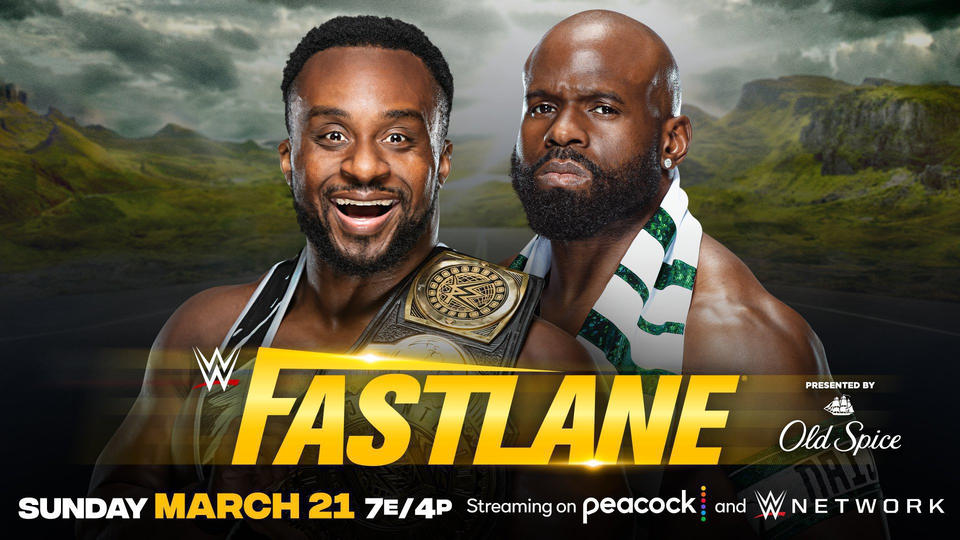 Apollo Crews has proudly tapped into his Nigerian heritage as of late, coming out with his royal guard and wearing the colors of his ancestors. He’s also become a bit of a different person. Specifically, this version of Apollo likes to drop stairs on Big E’s head. E, understandably, wasn’t too big on that, and called Apollo out for another title shot.

Prediction: I’m gonna say Crews. Apollo is great in this new role and looks as intimidating as we’ve ever seen him. Giving him an Intercontinental title run could really help cement that. 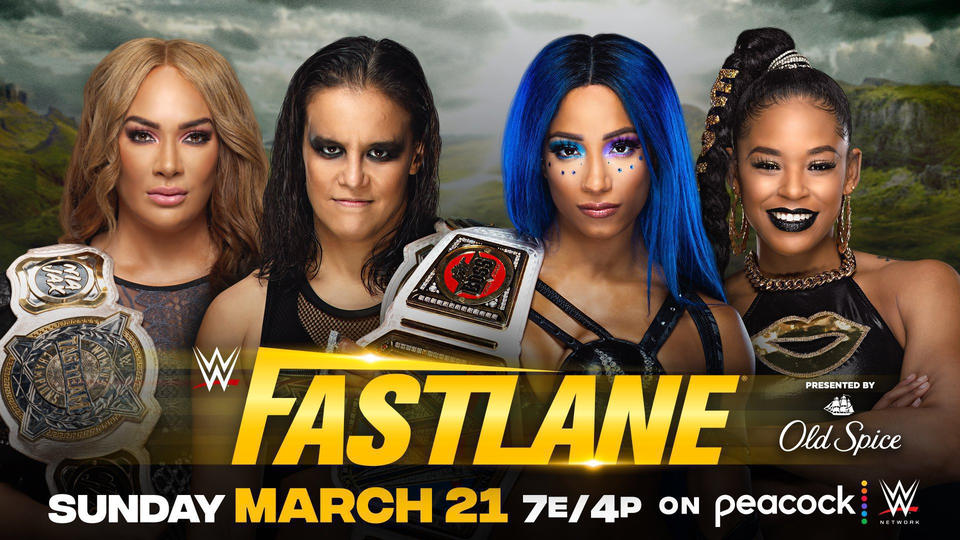 Banks and Belair have to pretend to get along for at least one more night, before their showdown at Mania blows every other wrestling match to ever happen out of the water. Jax and Baszler have Reginald in their corner, making him the best dressed secret weapon in wrestling currently. But I wouldn’t be surprised to see Reggie slip on his Boss Fanclub t-shirt and give Sasha a hand on Sunday, because it sounds like the kind of nonsensical thing a wrestling sommelier would do to stay in the title scene.

Prediction: Banks and Belair. It’ll give another edge to their Mania match, and make history if they defend the women’s tag titles and face each other on the same show. We love that for them. 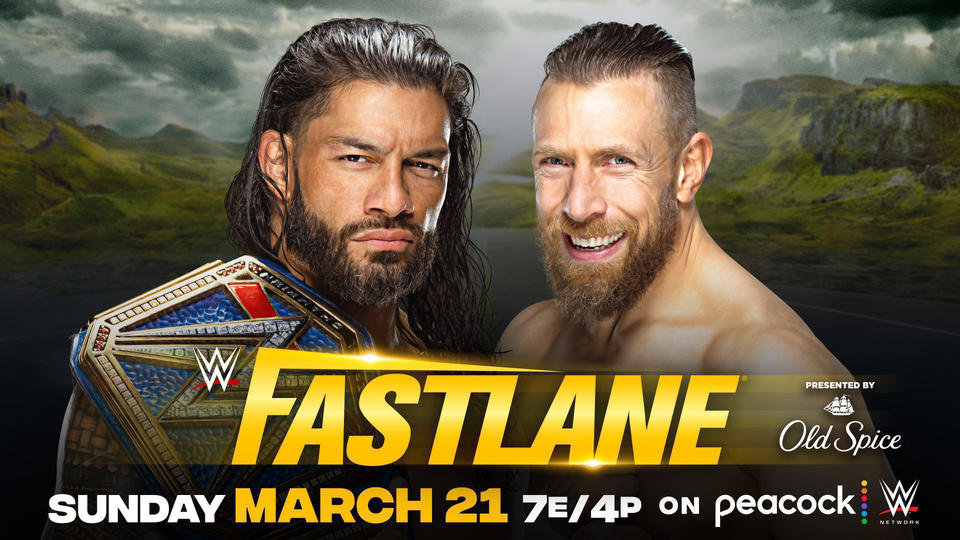 Daniel Bryan and his haircut that literally only his wife could love are getting a second shot at the Universal Title, after being decimated by Reigns at Elimination Chamber. We already know Edge vs Roman will be the spear heard round the world, but the potential of Bryan getting added to the mix makes things that much sweeter.

Prediction: Reigns, presumably through some Big Dog-esque shenanigans. Bryan/Reigns/Edge could be a real barn burner, but I also wouldn’t be surprised to see WWE pass it over, given their general lack of good judgement when it comes to wrestling people want to see.