Drew McIntyre’s gonna need a slightly smaller sword to fit in that chamber pod on Sunday! WWE has five matches lined up so far, including one whole women’s match that may or may not even happen. Let’s take a look: 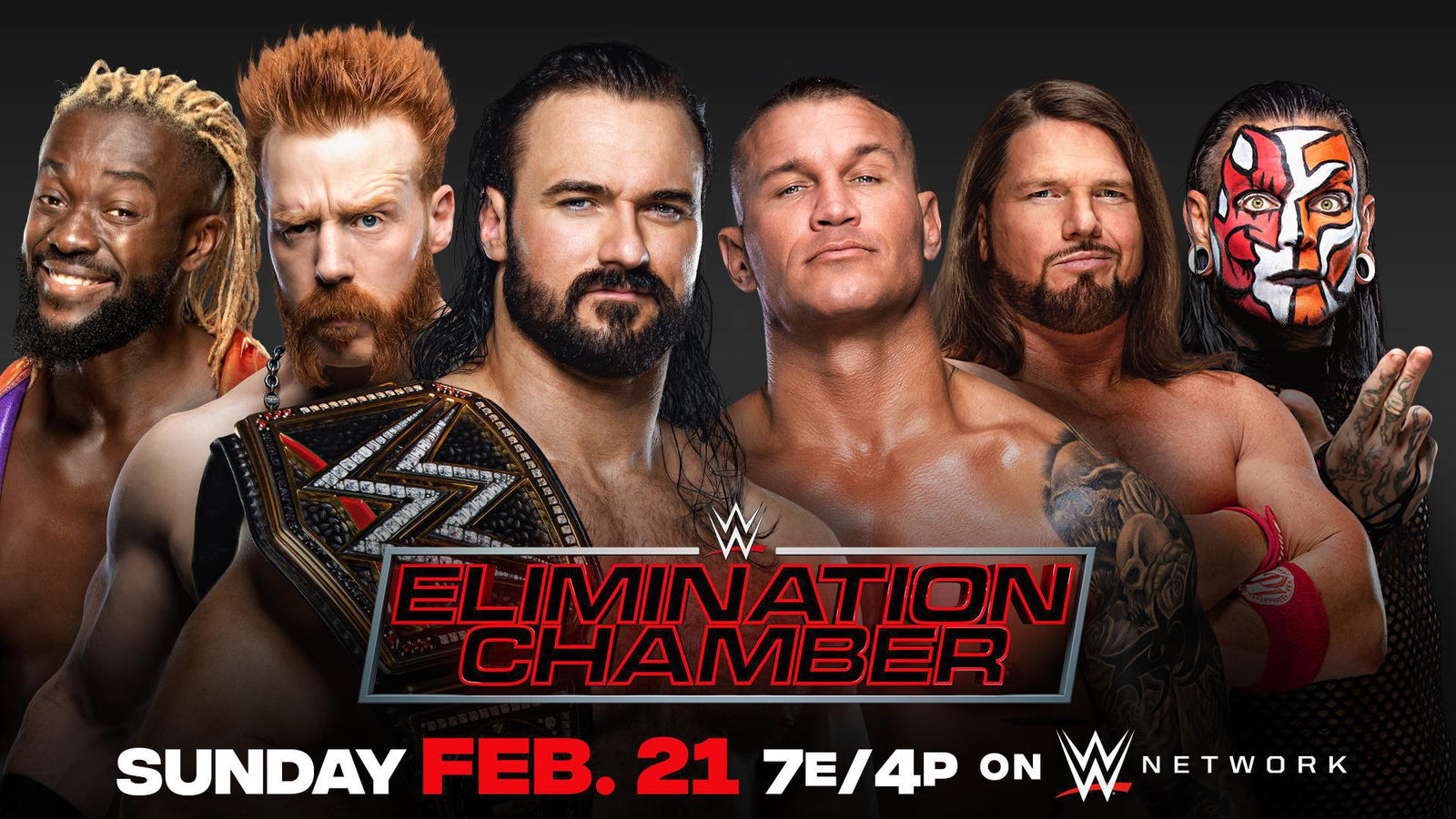 Sheamus got cheated out of a singles championship match for no real reason by a returning Shane McMahon, who lives to come up with announcements that don’t make any storyline sense. With McIntyre in the chamber, WWE is certainly mixing up the EC formula, but the match still doesn’t feel all that compelling. At least we’ll get to watch Jeff Hardy throw himself off of a pod. That’ll make me feel alive for 5 seconds.

Prediction: There’s no suspense here- McIntyre retains. Now that Kofi is taking his spot, I could see Miz cashing in after the match, but I’d still go with Drew walking out champ. 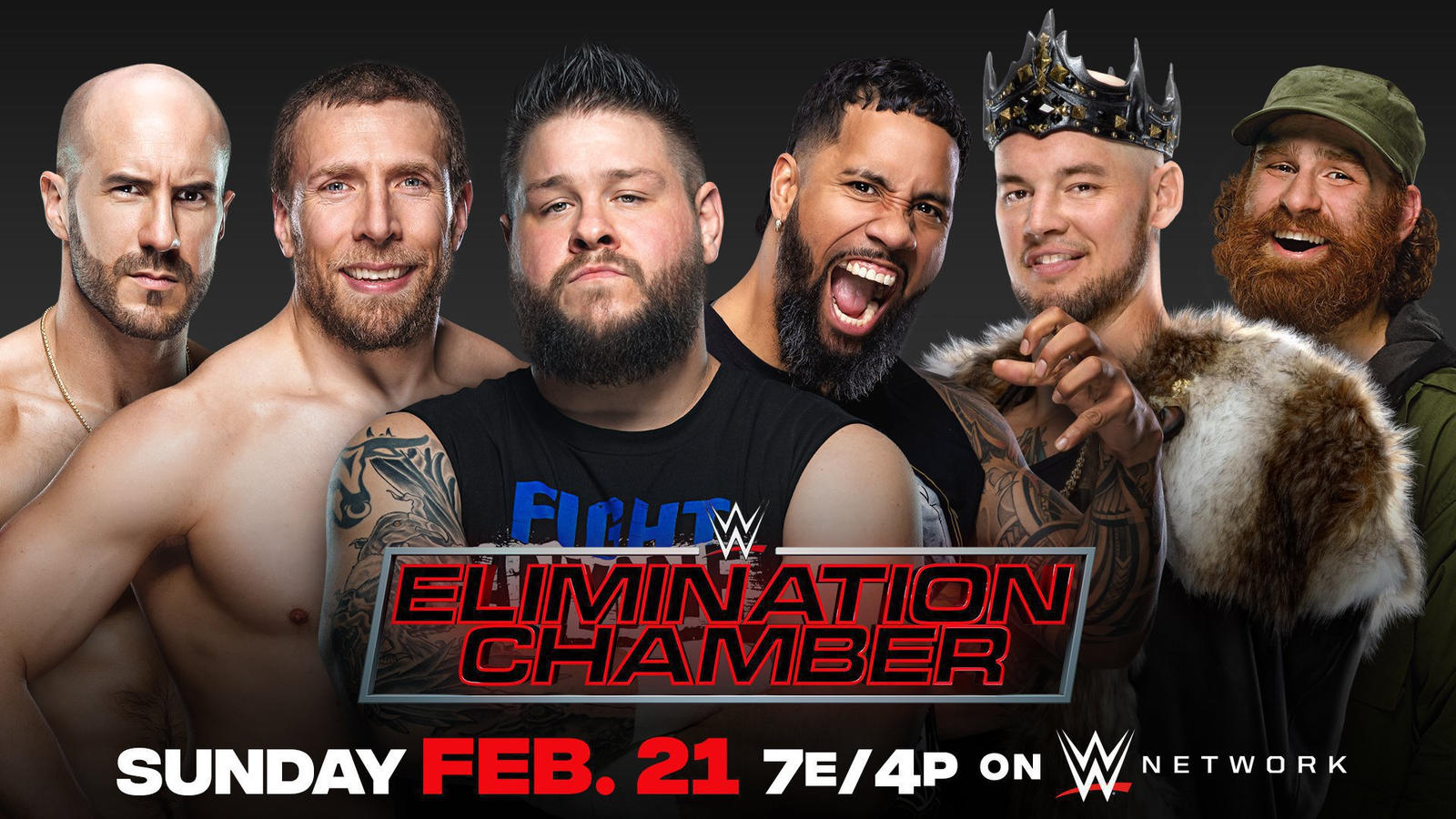 How many documentarians can you fit in one pod? I can’t wait to find out. Paul Heyman pitched the chamber lineup and immediate title shot to get Reigns out of being stuck in a plastic box for up to 20 minutes, which makes it one of the only good managers out there today. Lots of good possibilities in this one, not including Baron Corbin’s faux-fur cape getting caught on the chain wall.

Prediction: SmackDown’s chamber match is much harder to call, but I’m gonna go with Cesaro. It feels like it could come down to him and Owens, and while I’d be okay with either result, a program with Reigns (however brief) before Mania would be fantastic for Cesaro. 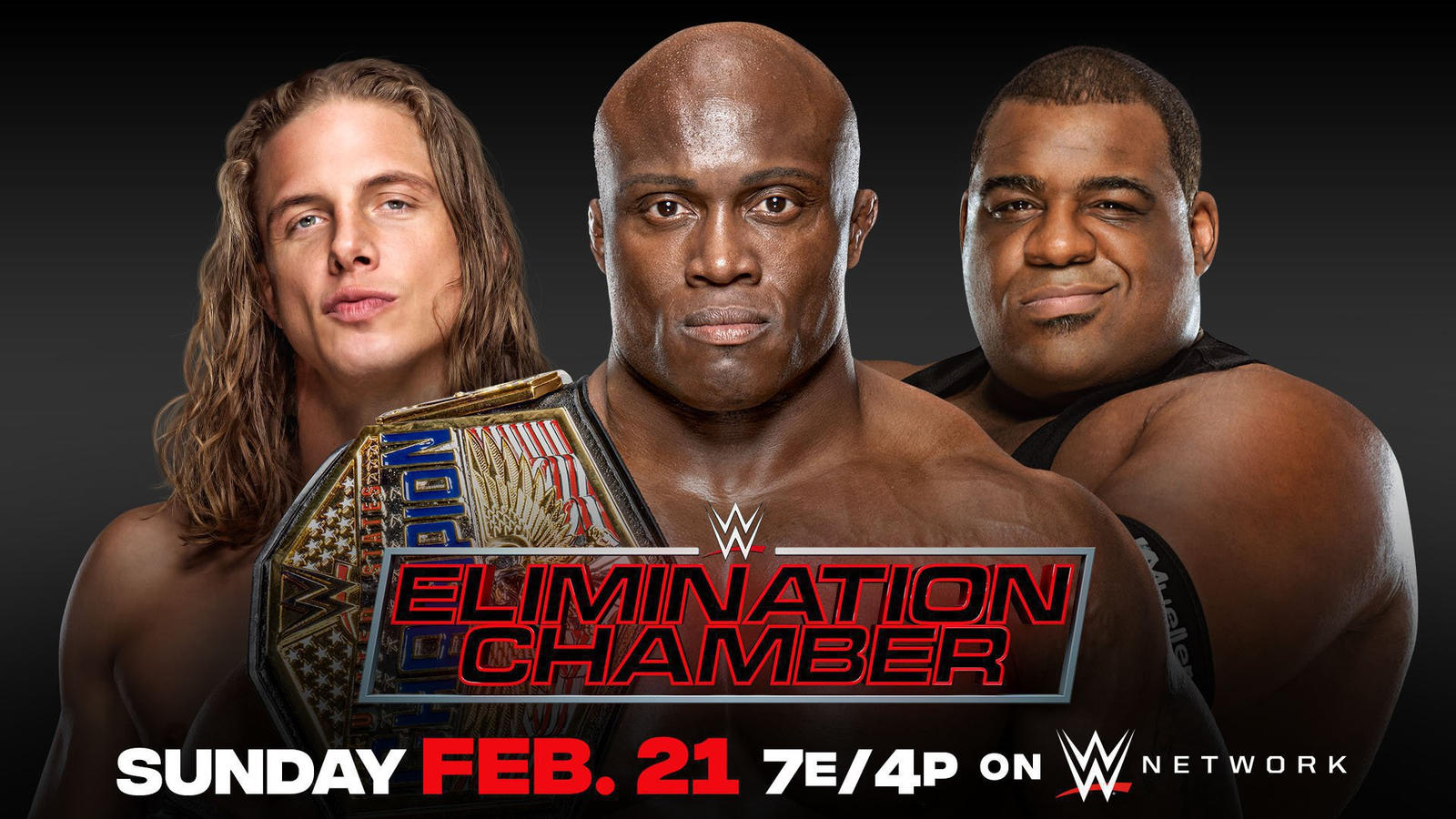 While Keith Lee could get me to watch just about anything, Riddle has the opposite effect for me, so I haven’t really been following this story. Lashley’s beaten Riddle recently, but we haven’t seen him take on Lee, and two big dudes throwing each other around is always fun.

Prediction: Keith Lee with a title belt sounds perfect, but I don’t see Lashley losing just yet. The Hurt Business has been the best main roster faction by a mile over the past year, and Lashley is looking as good as he has since returning to WWE. 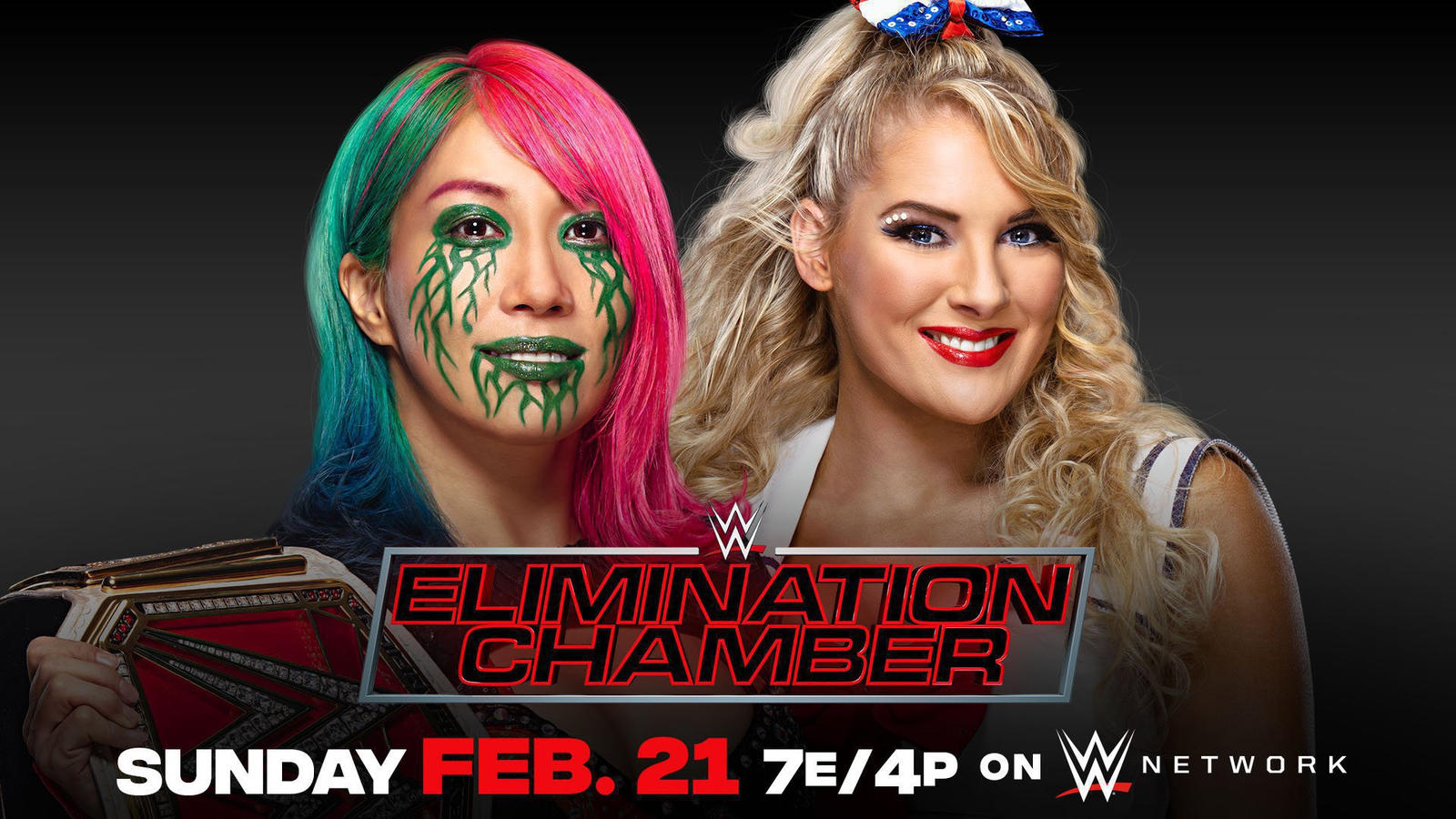 Lacey Evans dropped a bombshell on Monday night when she announced that Charlotte Flair would be getting a new sibling this fall. She also refused to wrestle the Queen, both because future family gatherings would be very awkward and also because of the whole pregnancy things, which leaves her title match against Asuka up in the air.

Prediction: Lacey or no Lacey, it’ll be Asuka. Who deserves so, so much better than whatever this is. 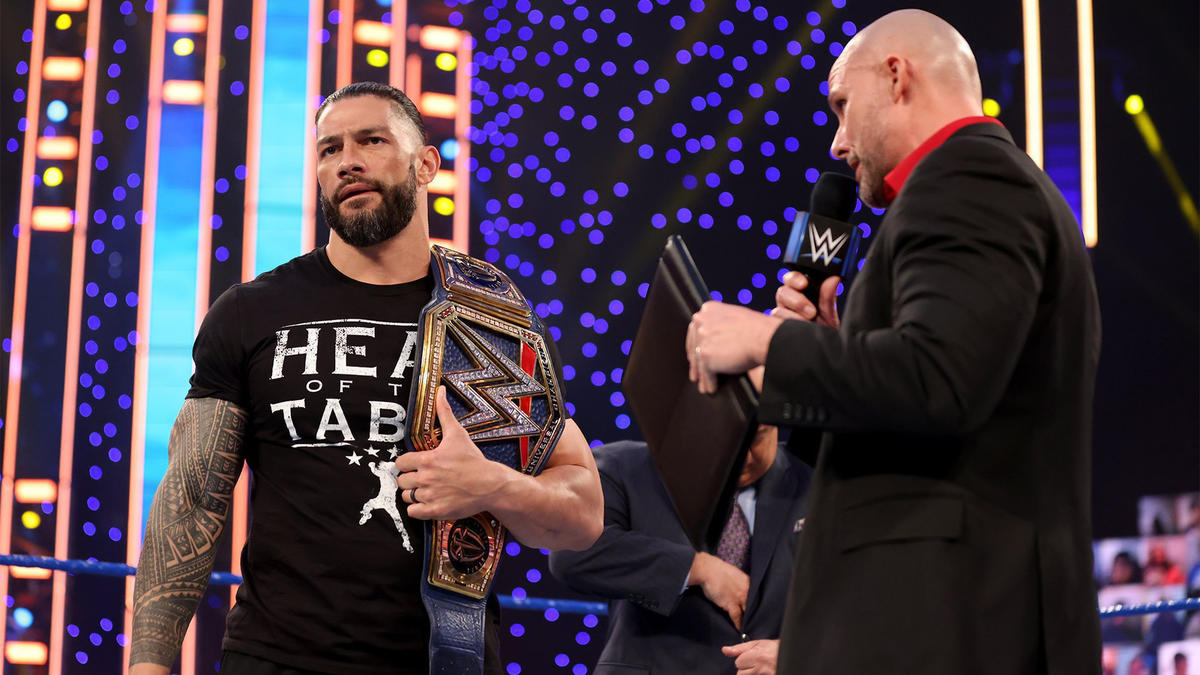 Roman Reigns is generously handing out an instant Universal Championship opportunity to the dude who just beat five other men in a lengthy match, because that’s the kind of top guy he is. Whoever wins the chamber match is in for a real treat; getting to see shirtless Reigns close up. Can’t say I’m not a little jealous.

Prediction: Reigns for sure, but with the possibilities coming out of the chamber, we should get a very good match.