Look, you're already stuck at home, you're just gonna watch it anyway

In undoubtedly the most unique WrestleMania we’ve ever seen, the Granddaddy of them all will emanate pre-taped from a closed off Performance Center on both Saturday and Sunday night. Rob Gronkowski will be hosting for the non-existence audience, a sight I personally am very much looking forward to in the same way you anticipate the destruction of your professional life after drunkenly making out with with a coworker. Like it’ll be super awkward, but at the same time, kind of fun to see it all fall apart at once. What can we expect from the showcase of the immortals? Well, aside from no pirate ship for the entrance ramp and a lack of applause befitting your community theater’s production of “Breath,” few things seem as certain as they usually do, and we’ll most likely see a few more changes before Saturday. Here is the card as it stands right now: 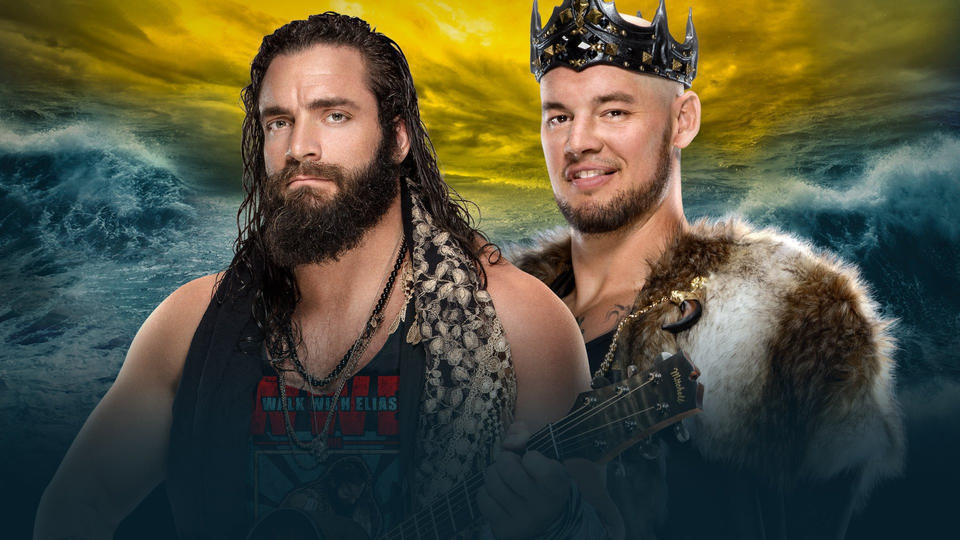 In a match that may be the least affected by the unusual circumstances, the former Baron is taking on the voice of a generation. Last week, Corbin threw Elias off of some random structure in the PC like Scar tossed Mufasa to the wildebeests, so you could say things are getting pretty heated. I’d prepare some guitars to get smashed in this one.

Prediction: This is tough because both men put over others like the legends they are, but I’m gonna go with Elias here. 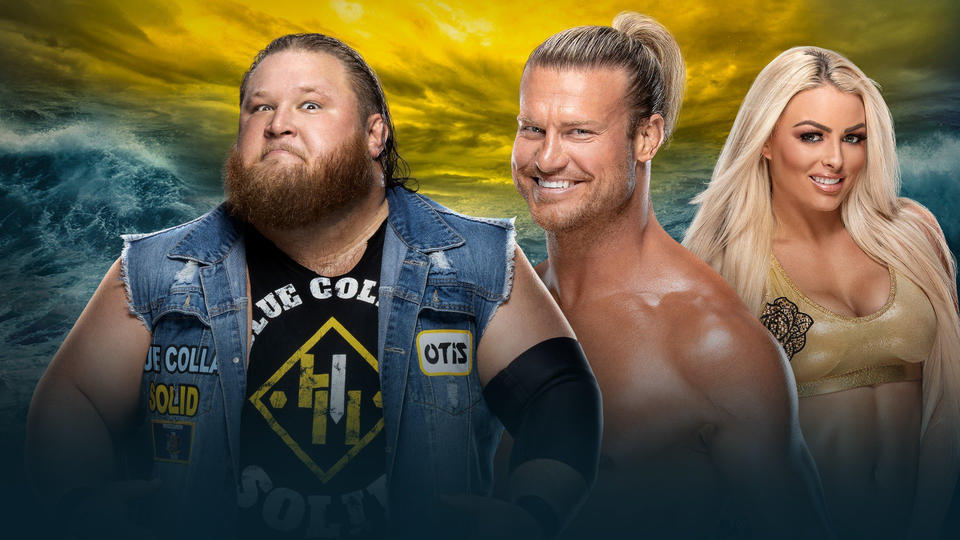 Otis is fighting for justice, love, and to prove he’s not some dumb chump who gets upset about overexposed photos of a girl he likes with another man. Ziggler is fighting to prove he’s super macho or something. Mandy is probably going to be watching, even though this whole thing definitely isn’t about making a woman a prize or anything like that. Can you believe this is Ziggler’s first singles Mania match?

Prediction: Another victory for the working man when Otis sends his beefy elbow into Dolph’s sternum. 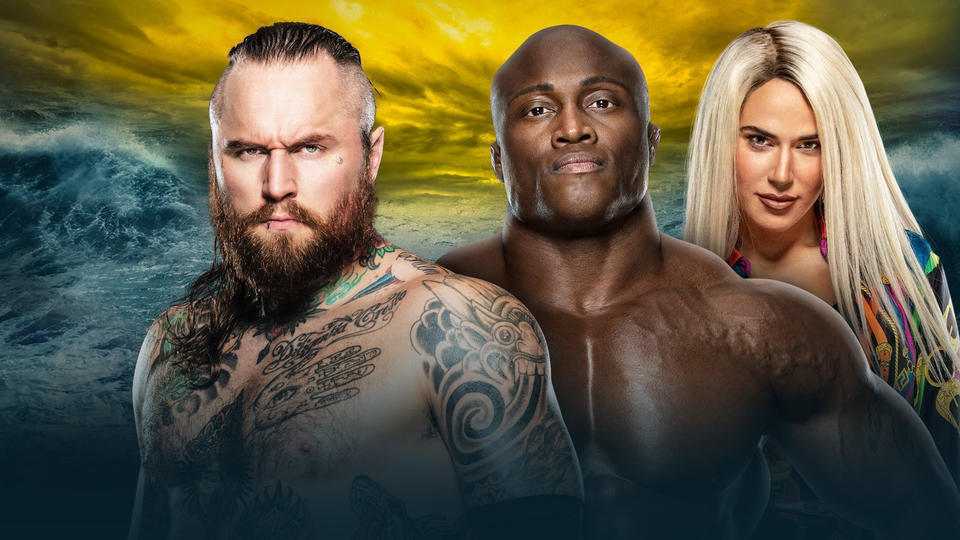 Really not sure why this is happening, besides the fact that both of these men exist on the Raw roster and are able to wrestle at this time. Maybe Lashley will distract Aleister with some of Lana’s TikToks. She’ll get the hang of that dance eventually. 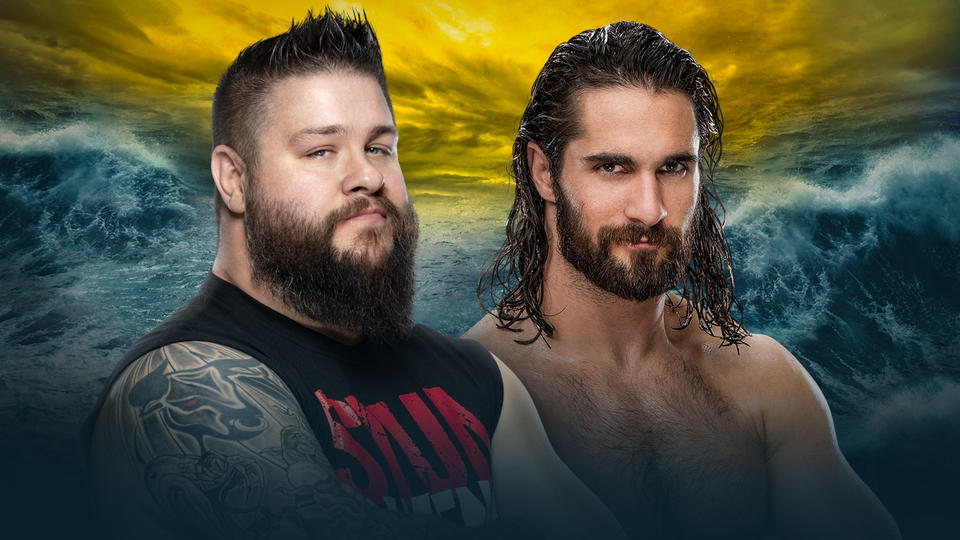 Owens and his crew have been the biggest opposition to the Monday Night Messiah and his Captain Hook haircut/glove combo. To really spread his message to the masses, Seth needs to take out anyone saying televangelism just doesn’t fly in the 21st century.

Prediction: Rollins, likely with the help of his buff sidekicks. 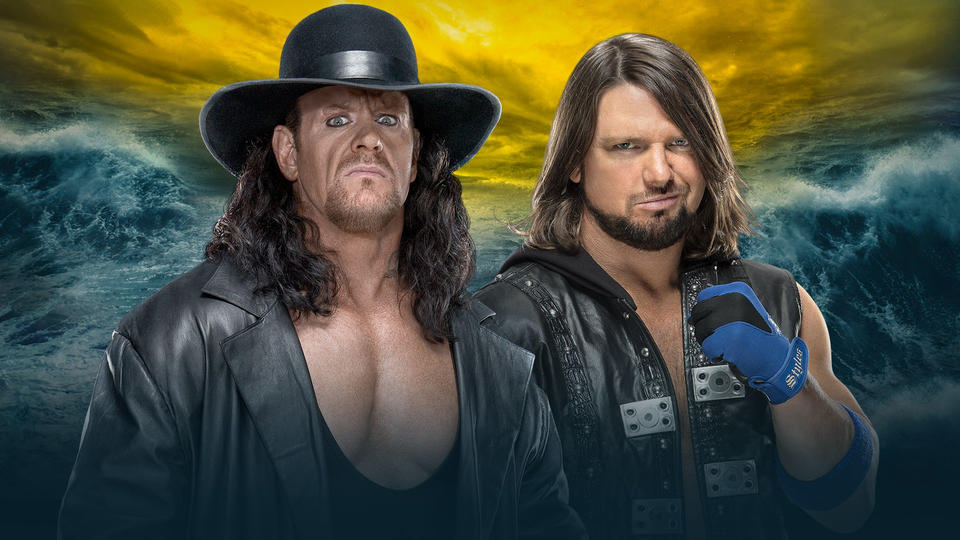 I’m really stoked for this one because nothing jazzes me more as a concept than WWE’s creative team designing a graveyard that you can also wrestle in. I really hope it’s a House of Horrors type situation where they’re wandering through a foggy cemetery at 6 PM in Orlando. We’ll see a Tombstone next to an actual tombstone! The possibilities are endless.

Prediction: It has to be the Undertaker. Or Michelle McCool, honestly.

This is Edge’s first match back since his return in January, and he’s ready to catch a slippery snake. Orton pummeled both the Rated R Superstar and his wife with RKOs and chair shots in recent weeks, but now the small screen legend is ready to take his revenge. Everything’s legal in this one, so get ready to worry a lot for a 46 year old man’s neck.

Prediction: Edge gets the win and cements a feel good return story. We deserve some happiness right now. 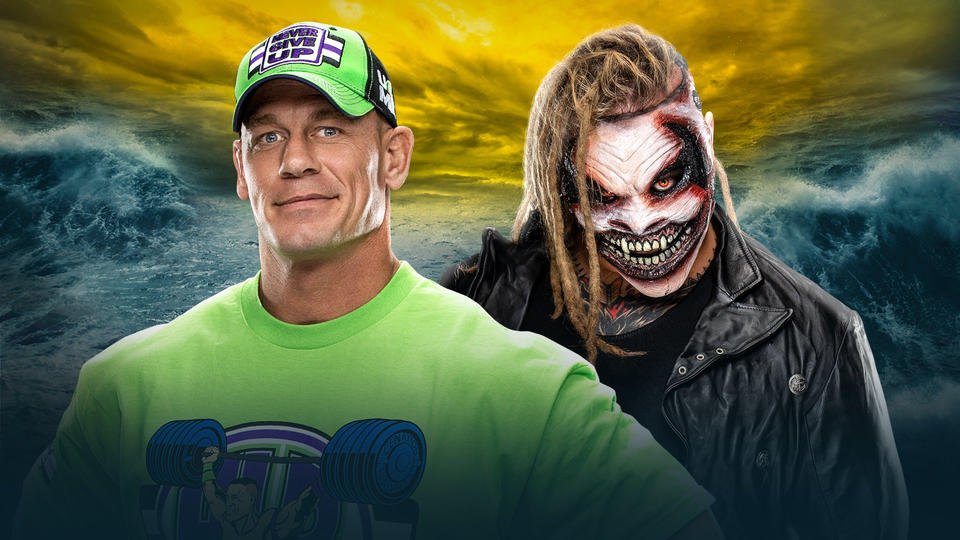 Cena accepted the challenge and is hopping on the magic rainbow straight to the doors of Bray Wyatt’s Funhouse for this one. Absolutely no idea what this match will entail, aside from the fact that it’ll probably be the most giffed thing on the internet that night. Maybe they’ll hit each other with pictures of Jerry Lawler or something.

Prediction: Wyatt atones for the sins of Mania 30 and gets the giant mallet win here. 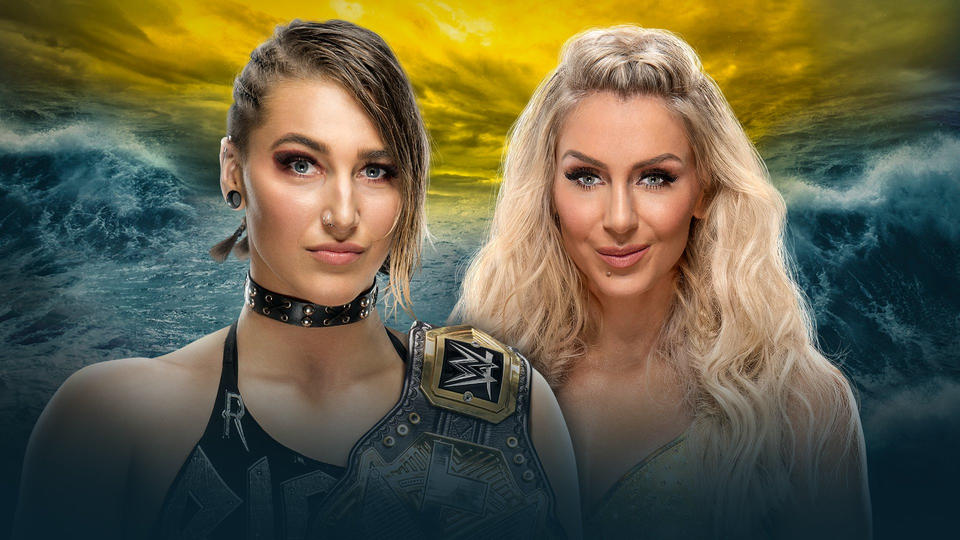 After winning the women’s Royal Rumble, Charlotte chose to face NXT’s Rhea Ripley over Becky or Bayley, saving us all from another matchup we’ve seen a dozen times. Ripley and Flair are equally matched in power, and their last in ring interaction ended in Ripley gaining a sneak pin over Flair and Sasha Banks before Survivor Series. At least there’s no chance of a “We are NXT” chant happening.

Prediction: I’m going Charlotte. The Queen on NXT, even for a brief time, would really mix up their women’s division.

Just like in your favorite high school AU fic, the throuple of Zayn, Nakamura, and Cesaro have been really pissed lately because Bryan decided to hang out with Drew Gulak over the three of them. Gulak’s victory over Nakamura on last week’s SmackDown earned Bryan the right to challenge for the IC belt, and lead to this delightful duckwalking promo for Total Bellas.

Prediction: Bryan, because good things happening to Sami Zayn are not long for this world.

Miz and Morrison, ever the workhorses, interfered in the #1 contender match last week and cause a triple threat between all three teams. This should be a great time, the Usos and New Day have such good chemistry they’ll always put on something entertaining. The ladder match stipulation should lead to some good high flying spots, although I worry the ceiling in the PC might be a little low for some of the insane things Kofi will try.

Prediction: I’m gonna say New Day, although it really feels like it could go any way. 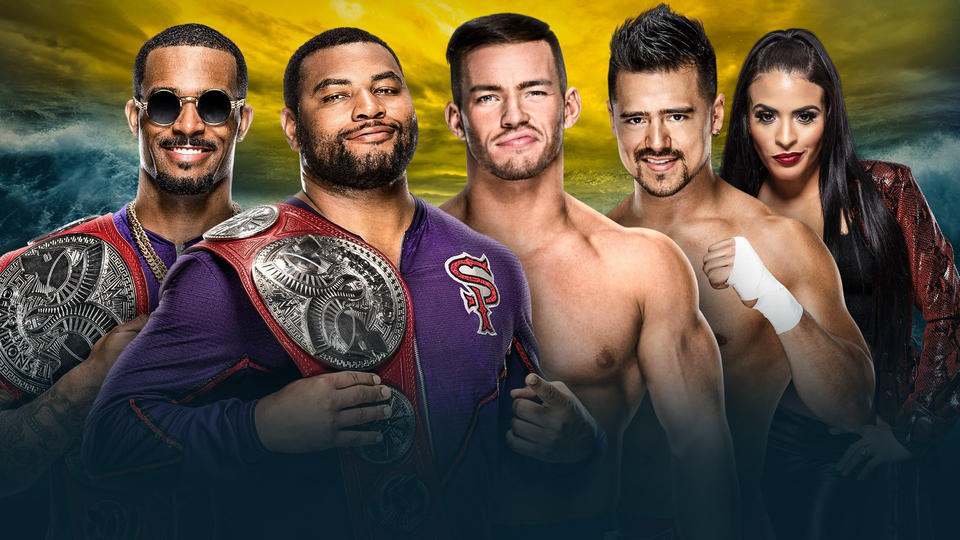 If you told anyone two weeks ago this would be a Mania match, you probably would have been laughed off the PWI subscriber list. But here we are anyway, with all four men making their WrestleMania debuts in a match that still really doesn’t make much sense. Yet, it sure is happening, and given who’s in it, I’ll probably be a happy camper no matter what happens. I’d watch Angel Garza make a PB&J and I’d give it 5 stars.

Prediction: Street Profits, although Garza and Theory getting the win also sounds like the most hilarious thing they could do all night. 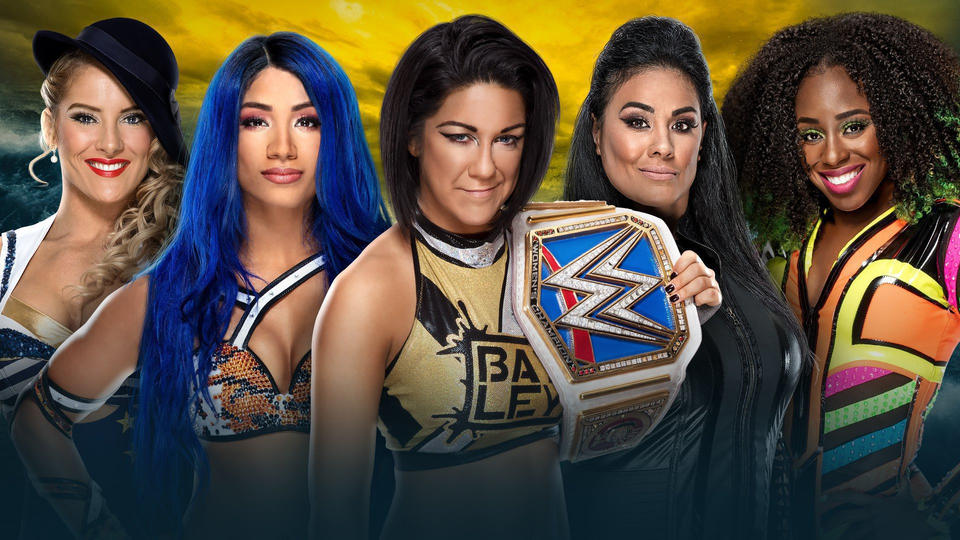 Best friendship is on the line as Sasha Banks gets her first shot at the SmackDown Women’s title since making her return this fall. With both Banks and Naomi in the match it feels like the bumps are going to get a little crazy for an empty arena, but I’m not complaining.

Prediction: I’m actually going with Bayley retaining here, but we’re going to see the set-up for her vs Sasha sooner rather than later. 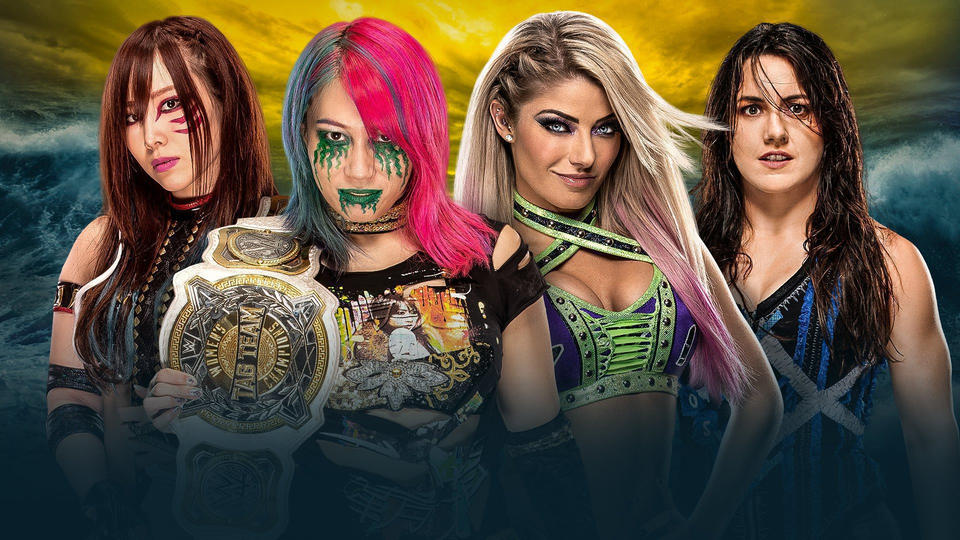 The Kabuki Warriors have been attacking BlissCross for weeks now, and last Friday Alexis defeated Asuka to earn them a chance at the titles. This unfortunately means we won’t get Nikki Cross shouting on commentary while Michael Cole pretends to understand a Scottish accent, but does mean we’ll get to see more of Asuka dancing, so it’s a bit of a toss up.

Prediction: Bliss and Cross are due for another run with the titles, which hopefully means we’ll see them defended a bit more. 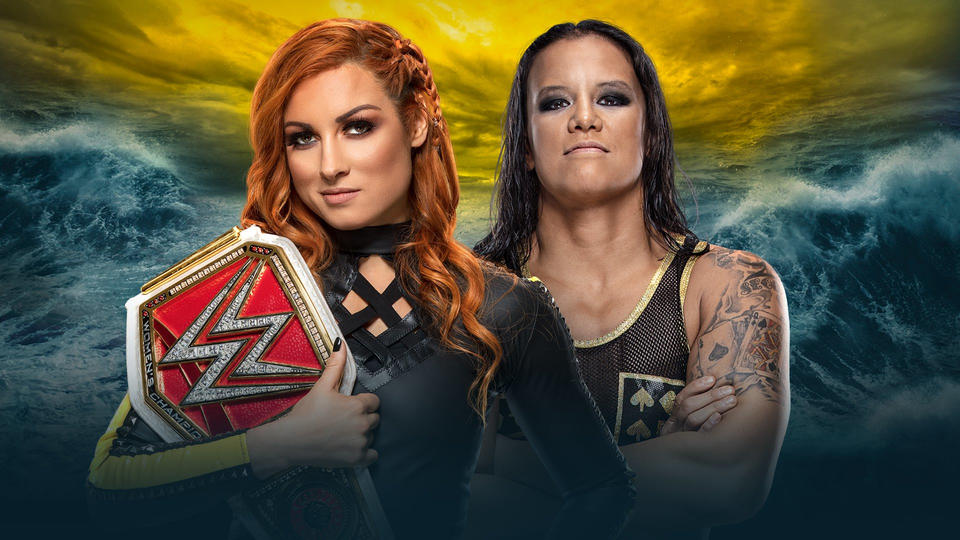 Shayna has taken a bite out of Raw in the form of Becky Lynch’s neck, and now she’s coming back for more. Becky has been the longest reigning Raw women’s champ of all time, but she may have finally met her match. On Raw’s go-home this week Baszler left Becky passed out after the Kirifuda clutch, but who knows what The Man has in store for this weekend (I’m hoping another giant truck with her face on it).

Prediction: Shayna. Becky’s held the belt for a year now, and Shayna’s more than ready to step up to the plate. 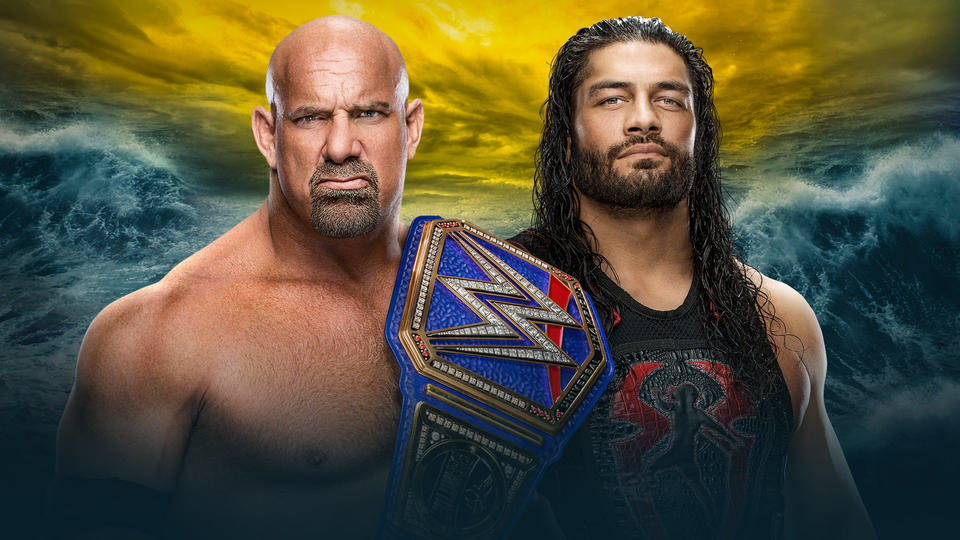 Originally scheduled to be Roman Reigns, Goldberg is now facing the toughest challenge of his lengthy career against…. Someone. Probably a wrestler, but we really can’t be sure. Reigns’ decision not to wrestle is of course incredibly understandable given the situation. Hopefully this will result in Goldberg spearing himself, or maybe my expectations are just a little too high.

Prediction: TBA/Vacant/Redacted with an incredible upset. 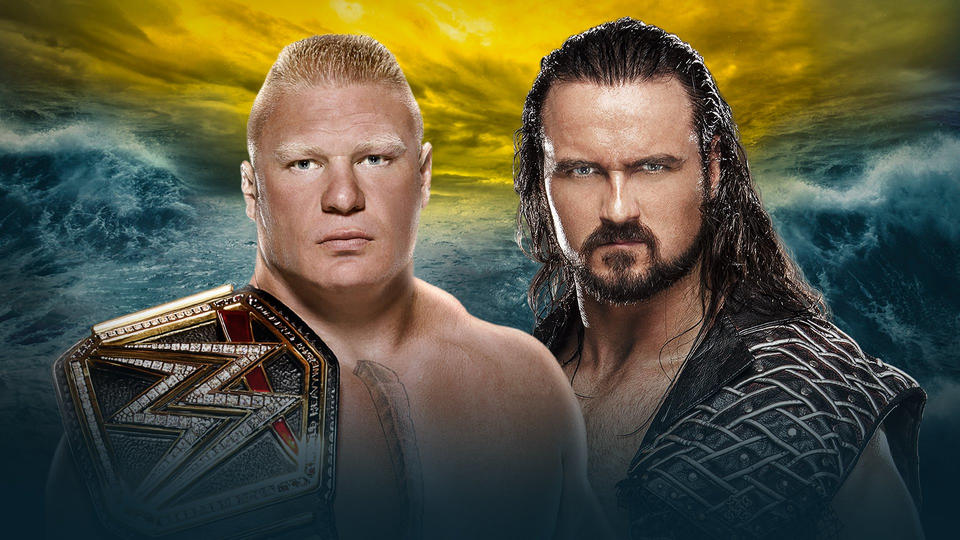 Way back in January, when hoards of sweaty wrestling fans were still allowed to congregate in public, McIntyre eliminated Lesnar from the Royal Rumble to a huge pop. He then went on to win the Rumble and challenge Lesnar for the title the following night on Raw. McIntyre is preparing for this one by hauling around big rocks and screaming into the Scottish rain. Lesnar is probably reading more boating magazines.

Prediction: McIntyre, but, man, is it going to feel flat. This is a moment that should be saved for when half naked men grappling with each other is feels safe again.