Since 2017, WarGames has remained one of NXT’s best shows, if not the hands down highlight of their year. While it shares little similarities with the Matthew Broderick film, the WarGames stipulation always brings out the intensity in any feud. This year, we’ve got two WarGames matches, one triple threat, and a strap match lined up for Sunday night. This marks the third strap match WWE has held in the past year, which is a huge increase over their previous zero during the past decade. Don’t say the industry isn’t changing. 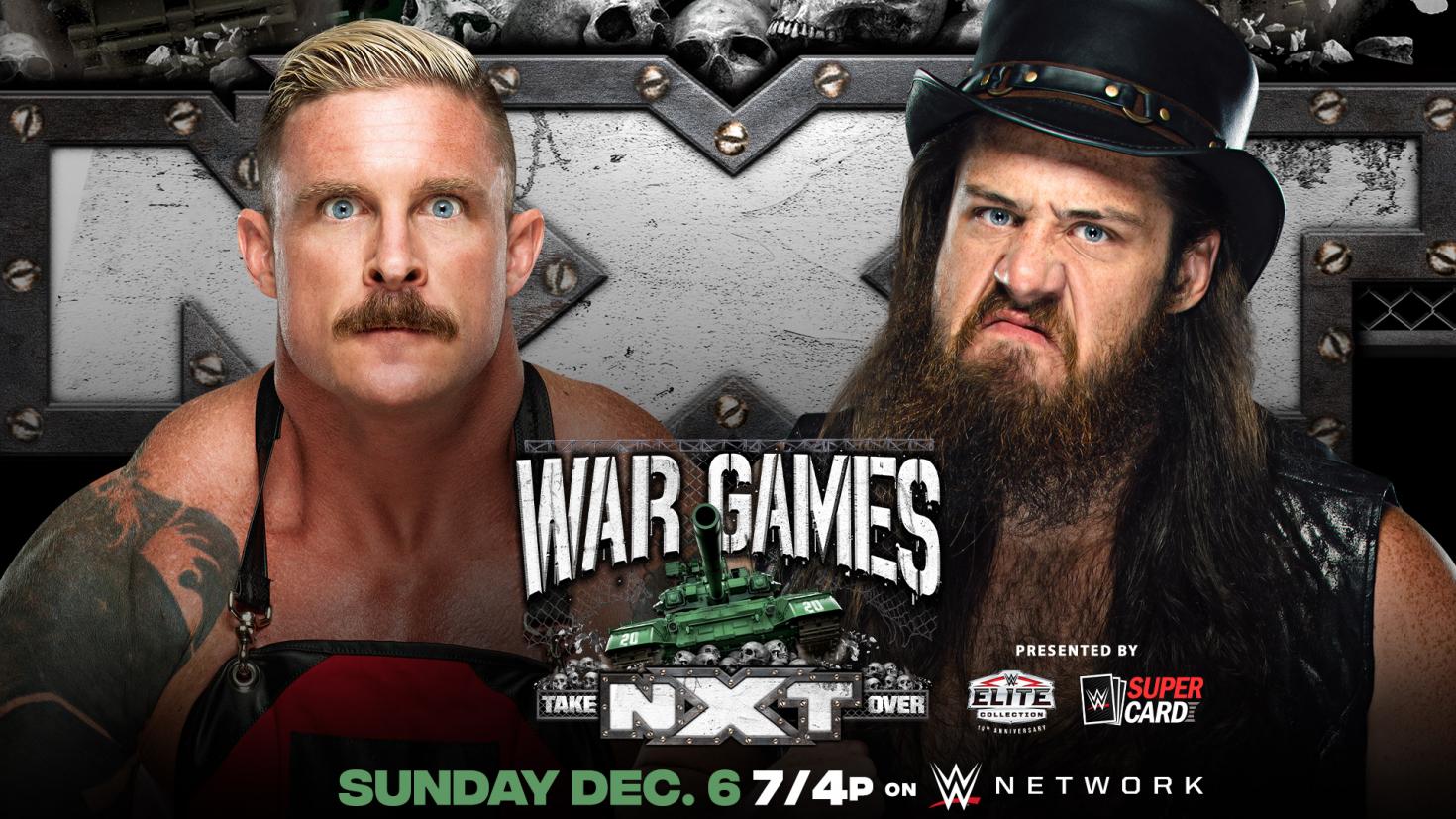 Dexter Lumis has been doing his creepy thing and hanging with zombies and scaring the Midwestern accent out of Cameron Grimes. Grimes had to flee from a house of terror during their last match, but there will be no escape during this strap match. Just two dudes tying themselves together with a long piece of leather; what’s better than that?

Prediction: Lumis for sure, but Grimes’ comedic chops have been shining during this feud. I still don’t get his whole old timey circus ringman thing, but he’s having a fun time and I’m happy for him. 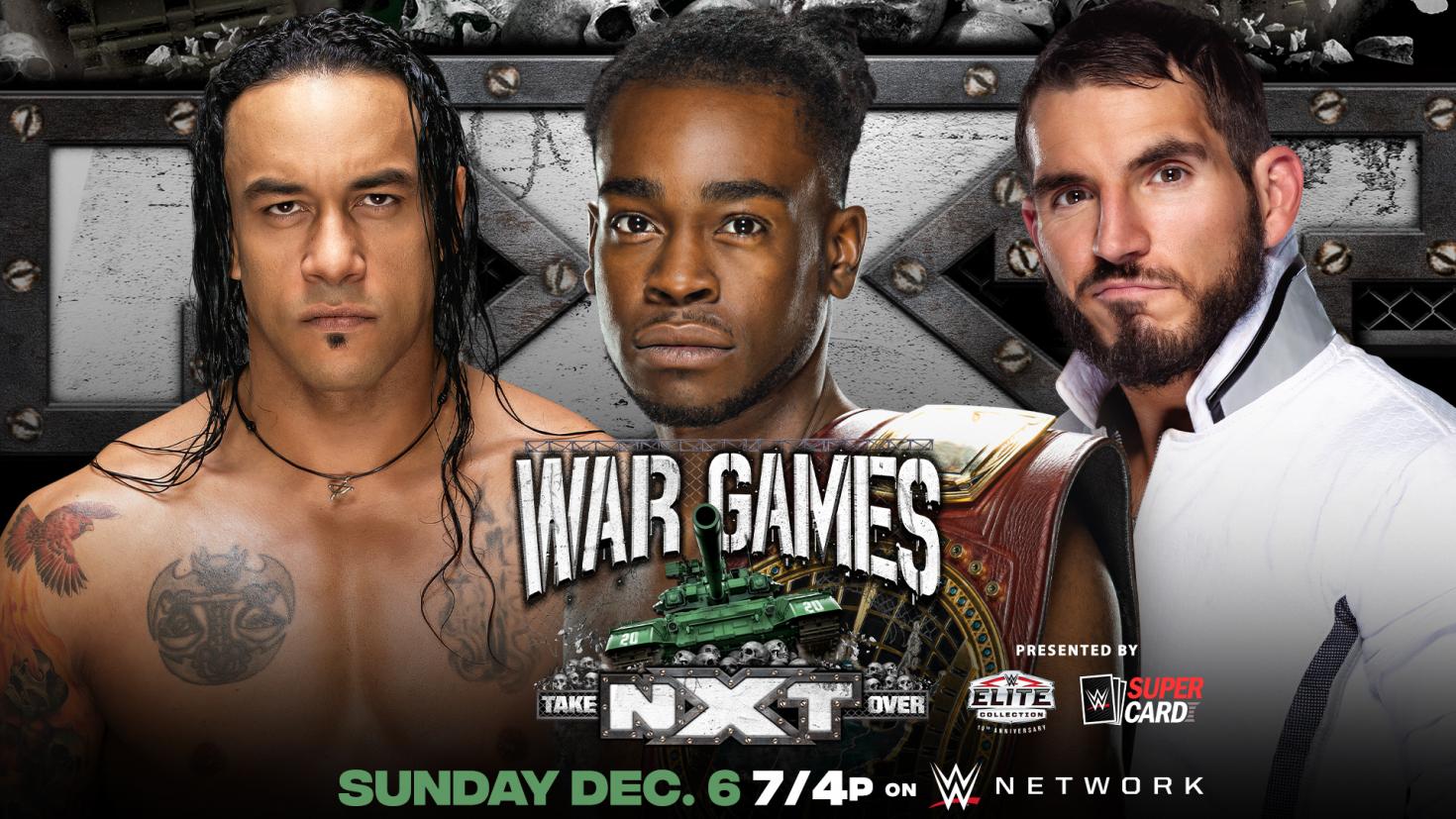 Leon Ruff became North American champ just a few weeks ago, but it’s unfortunately been a lot of him playing sidekick to the story between Gargano and Priest. Ruff’s wins over Gargano have all been assisted by Priest, but wirh each man playing for himself here, we should get an even playing field. Or maybe Johnny will bring in some more Spirit Halloween backup.

Prediction: I see Priest getting the title back here. Gargano’s been running in place for a while, why stop him now? 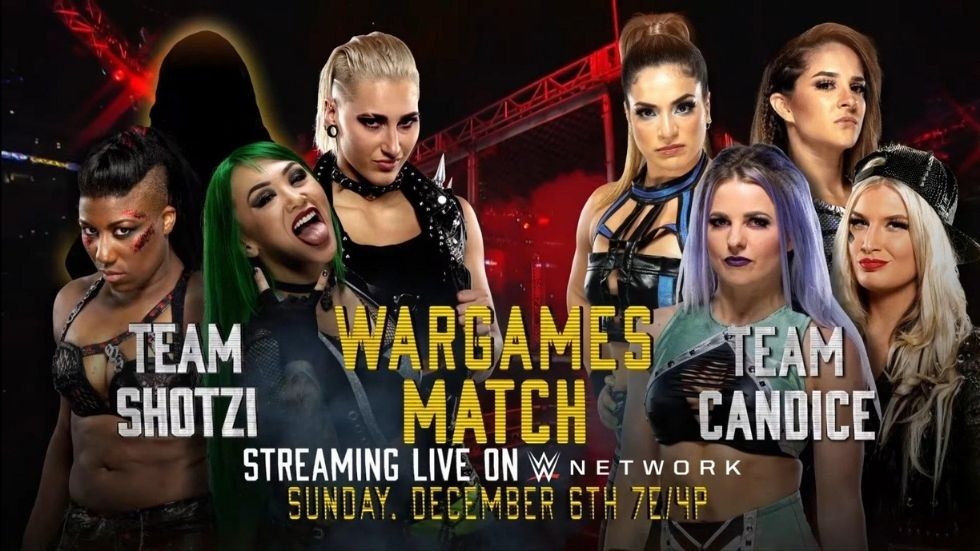 Candice ran over Shotzi’s tank back during Halloween, so now they have to bring a bunch of friends to fight to the death inside a cage. With Toni Storm’s recent heel turn, Ember Moon is going to be looking for revenge on her former friend, while Rhea Ripley has history with both Kai and Gonzalez. Last year, Ripley won the first women’s WarGames match by teaming with LeRae, but this year Candice is evil and purple-haired, so she might be on the receiving end of the Riptide.

Prediction: This feels like it could go either way, but my money’s on Team Shotzi. She has a flamethrower in the promos- they don’t give you that unless they think you’re gonna make it 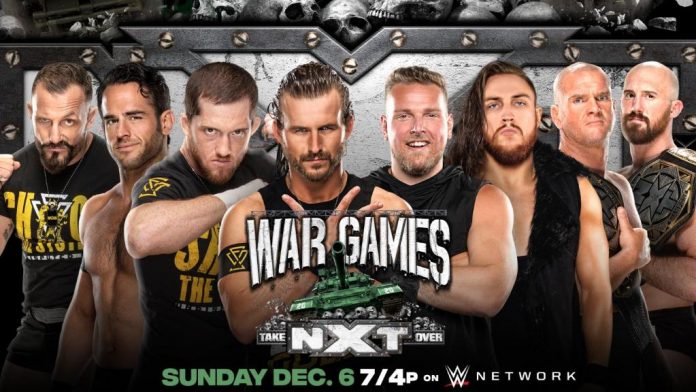 A group of four men who hate another group of four men with a burning passion: that’s [middle aged British man yelling] WarGames, baby. It’s fun to see UE as the de facto faces here, and McAfee has proven himself to be a very entertaining villain. Throw in the history between Dunne and the Era and we’ve got what should be a very fun match.

Prediction: Team McAfee. It hurts, but I think the shorts stan is gonna pull out the win here.