NXT continued their tradition of naming pay-per-views after 80s films that hold very little in common with professional wrestling when they announced Stand and Deliver. This WrestleMania lead-in is also covering two nights, which makes four nights of PPV content this week and six whole nights of WWE television. I don’t even want to do the math on how many hours of wrestling I’m going to watch this week. 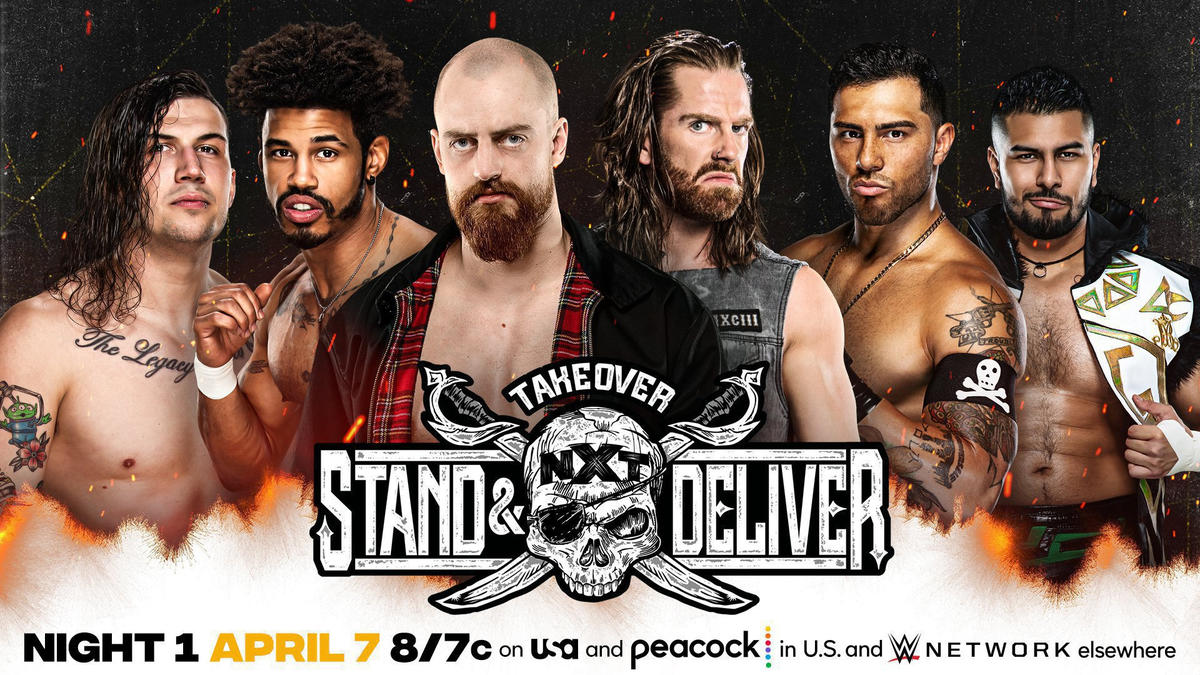 Danny Burch’s shoulder injury during a totally unnecessary match with Karrion Kross a few weeks ago forced him and Oney Lorcan to vacate the titles, leaving them up for grabs for some of NXT’s best. MSK won the Dusty Cup earlier this year by defeating GYV, but triple threat rules allow those wily Brits to get a little rougher. Working alongside our one true cruiserweight champion, Santos Escobar, has given Wilde and Mendoza the edge they need to succeed in the tag division as well.

Prediction: MSK is just barely gonna win this. We haven’t seen a ton of Lee and Nash since their Dusty Classic victory, but both men are more than talented enough to lead the tag division. Maybe they’ll let us know what their name stands for once they have the belts. 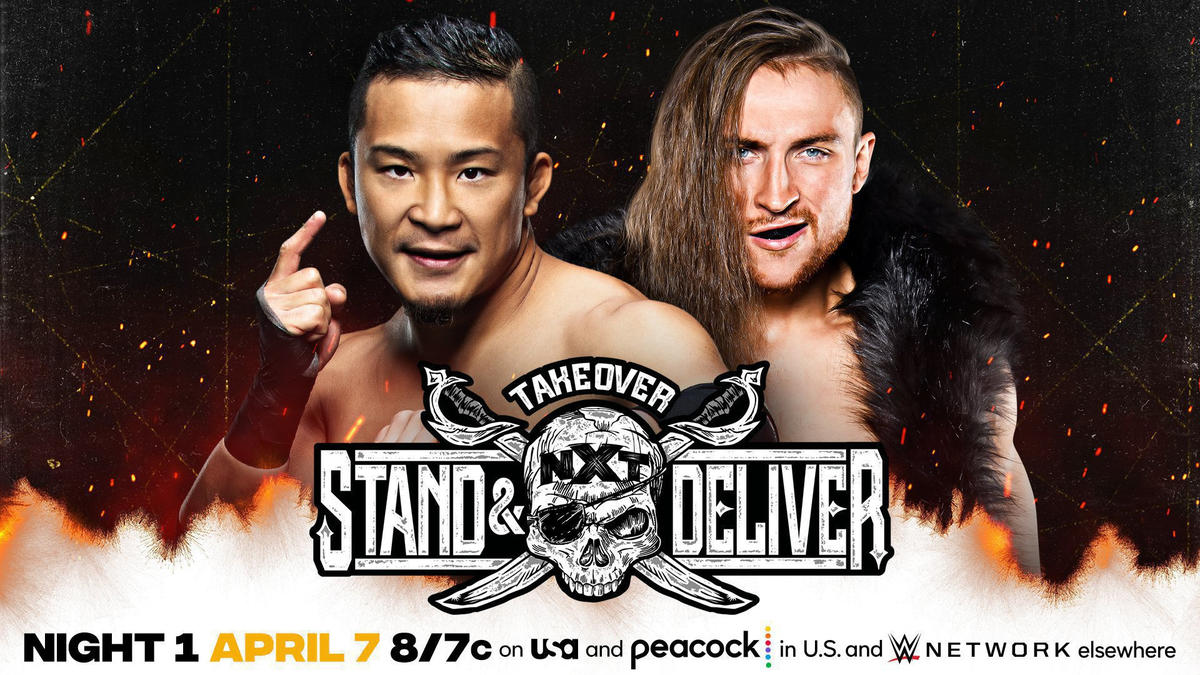 Who but Kushida to appear on a show named after a beloved 80’s film? This feud is pretty simple: Pete Dunne is mean again, Kushida is nice now but still wrestles in jeans as a gift to all of us. They’re mad at each other for being good at wrestling. For the entrance attire alone, this will be a very fun match up no matter the outcome.

Prediction: This feels like it could go to either man, but I’m gonna choose Dunne. With Lorcan and Burch on the backburner, he’s due some spotlight. 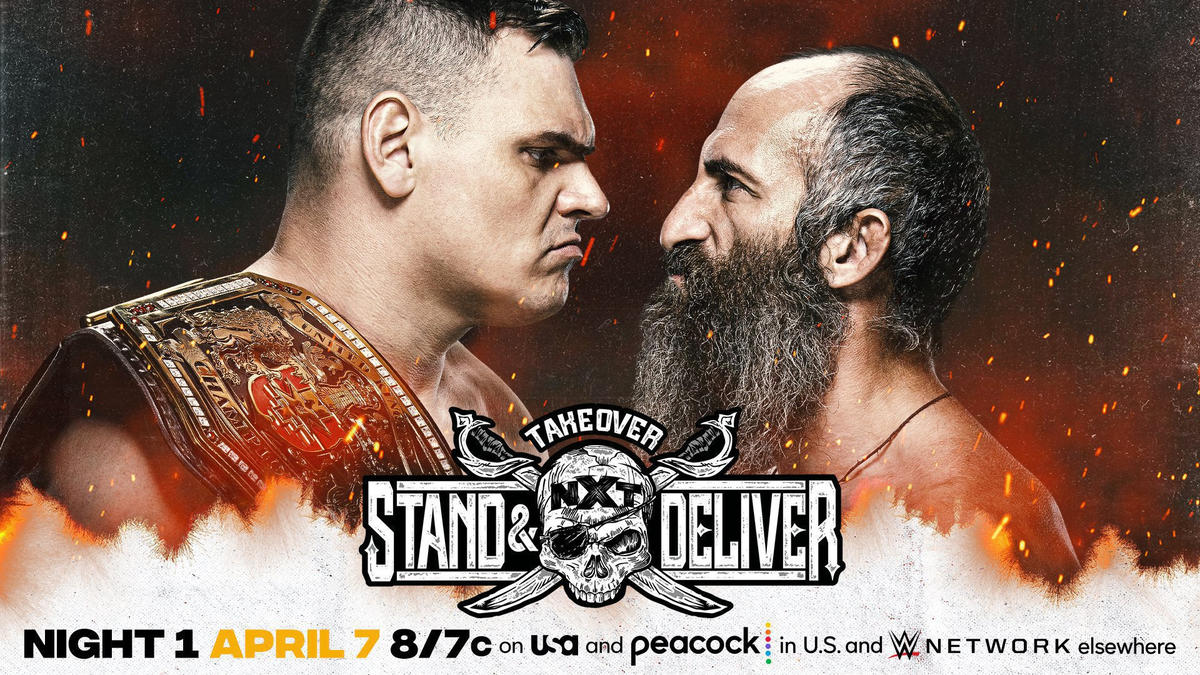 Imperium has kidnapped Timothy Thatcher for refusing to acknowledge pre-WWE wrestling history, and Ciampa’s looking for revenge. Walter has held the numbers advantage with Imperium-lead beatdowns, but Ciampa has the longest TakeOver match average in the history of the sport, so that’s gotta count for something.

Prediction: WALTER retains. Probably some interference from Aichner, Bartel, and Wolfe. I’ve openly never seen an episode of NXT UK, so I can’t get any more specific than that. This’ll be fun for people who like large men slapping the shit out of each other. 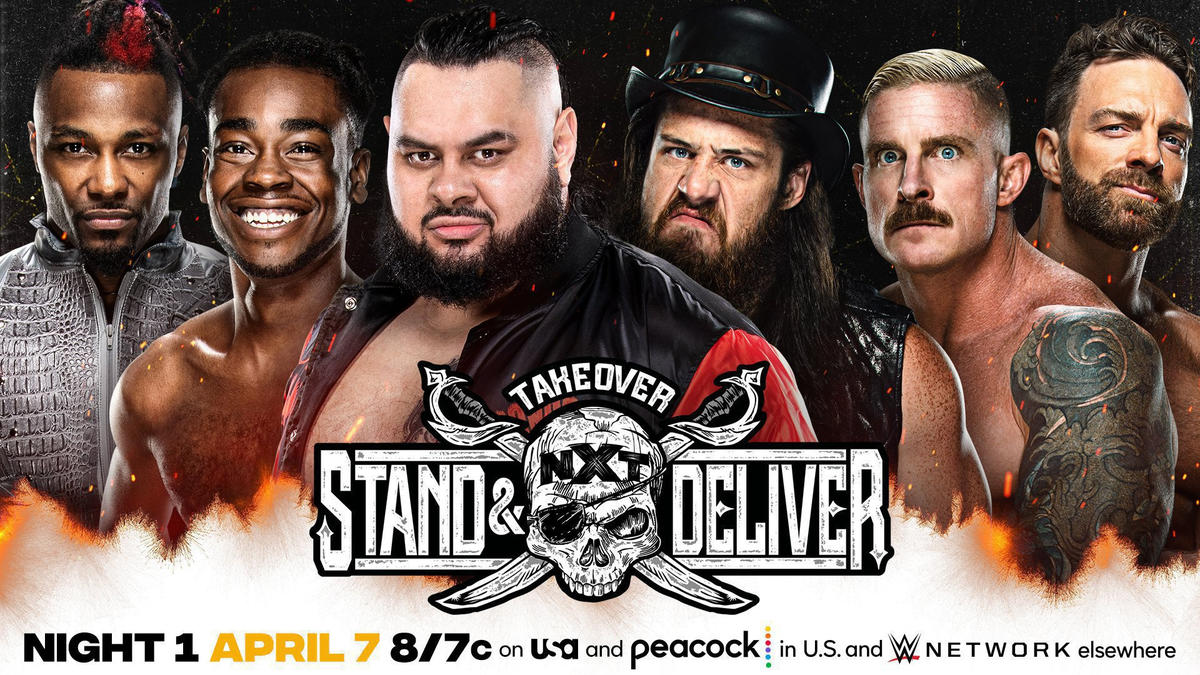 These guys all made it to the final six of the battle royal this past Wednesday night, giving them the opportunity to earn an opportunity at the NA title. Nothing’s handed to you in wrestling. Ruff and Scott are currently at odds, Grimes is rich but still hasn’t bought a shirt, and Lumis is Lumis. There will definitely be some great spots here, and the gauntlet set up helps keep things fresh, but I know in my heart this is running over 40 minutes.

Prediction: Hard to call, but I’m gonna say Reed here. Him tossing Johnny around like a sack of potatoes is an enticing concept. 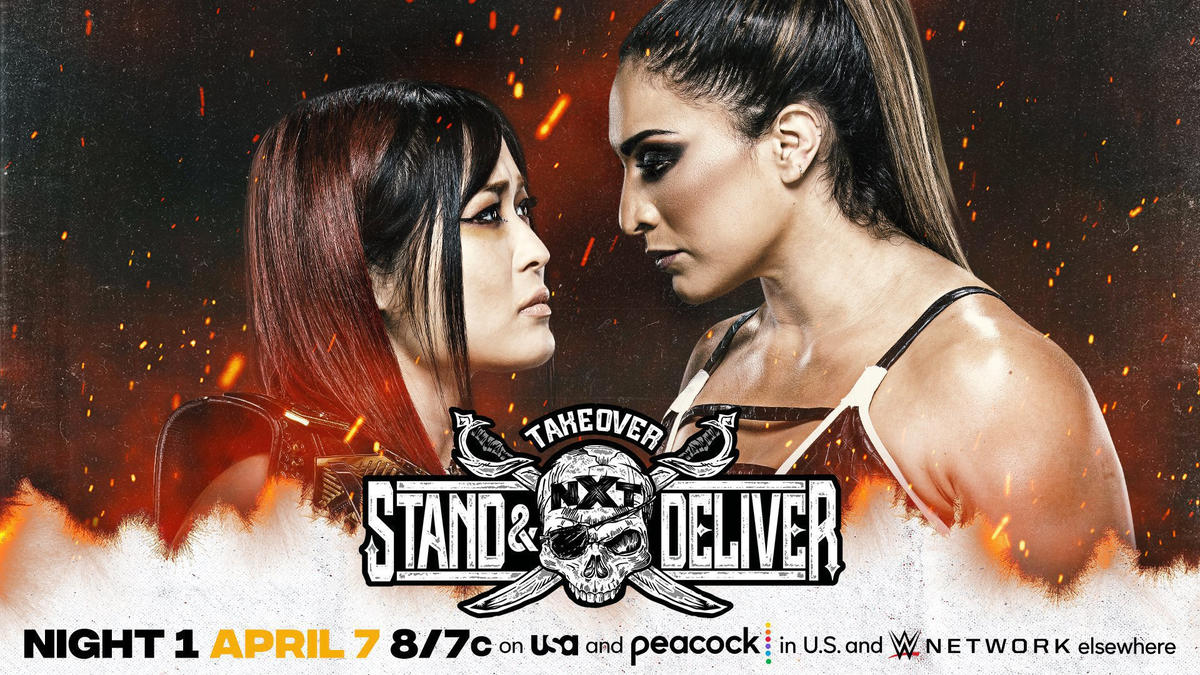 Shirai has managed to hold onto her title for nearly a year now, because she’s Io Shirai and she’s just that damn good. Raquel Gonzalez has has a great start to her 2021, barring a brief 90-minute run as NXT Women’s Tag Team champ. She’s decimated Shirai on TV before, let’s see if beefy, strong lightning strikes twice.

Prediction: Gonzalez’s time is surely coming soon, but I don’t think Shirai’s reign is over just yet. 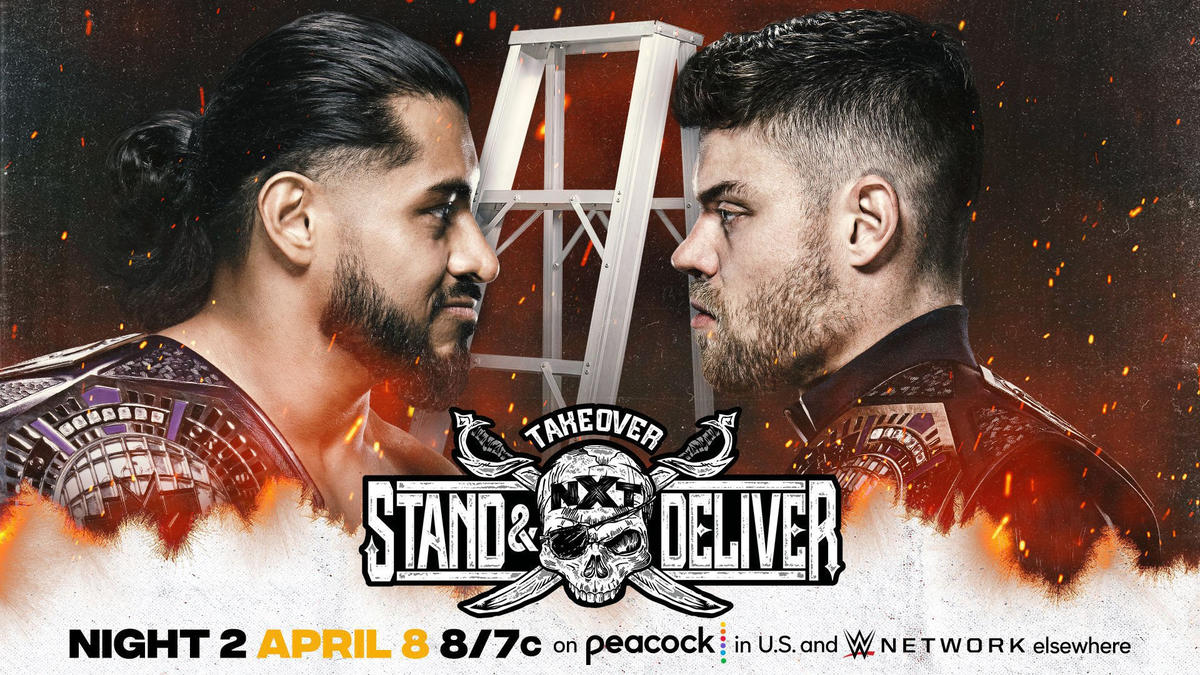 NXT arguably should have taken the title off Devlin sometime during the last year, due to a myriad of reasons, including travel restrictions and abuse allegations. Escobar won the interim title in 2020 but performed as the brand’s CW champ, leaving Devlin as useful as my dog at a Starbucks. This match is for all the marbles and all the formerly-purple straps.

Prediction: It should be Escobar; he’s talented, he’s handsome, he’s delivered banger title matches, and he’s in a successful stable. This is why I know it’s going to be Devlin. 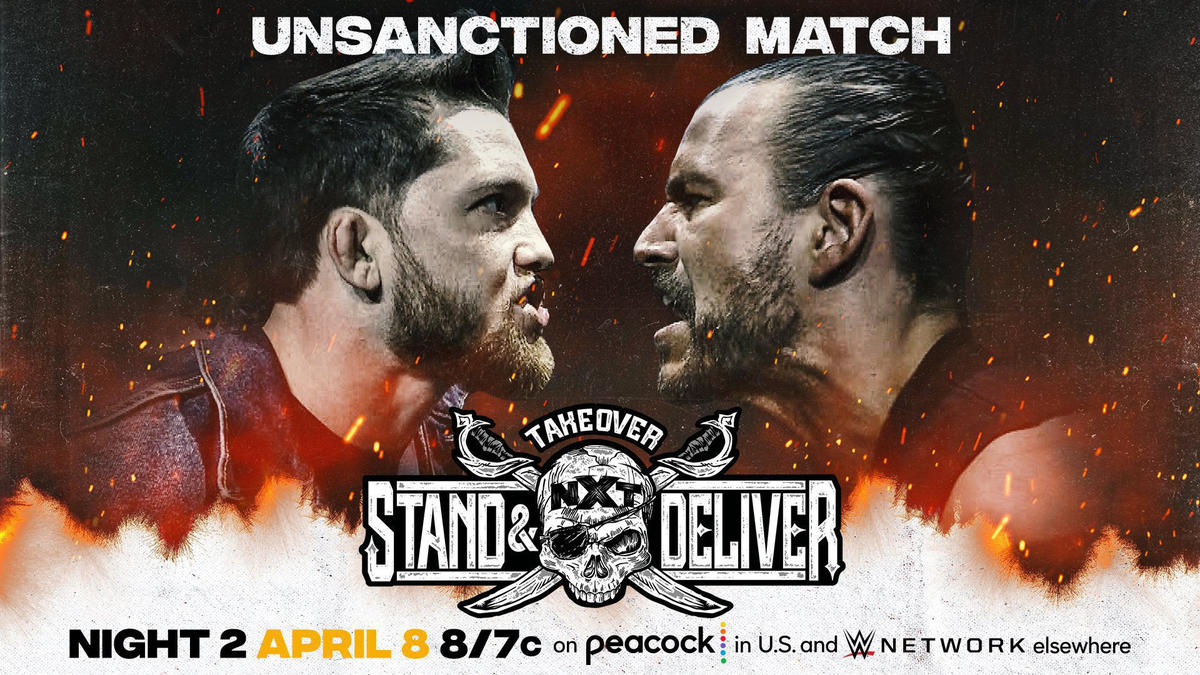 A battle for KOR’s ability to sleep at night takes place this Thursday night. Cole turned his back on the Undisputed Era because Kyle had the audacity to be nice to another man, and now they’re gonna kill each other about it. This is the most realistic depiction of male friendship I’ve seen on TV.

Prediction: O’Reilly needs this more. His future as a face seems murky, but a victory over Cole in this match could catapult him towards Bálor once more. 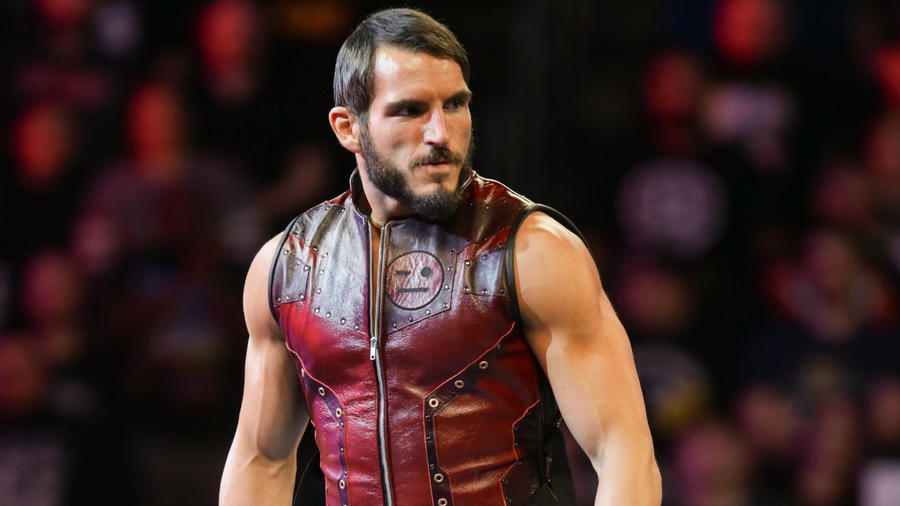 Gargano’s facing whoever comes out of the gauntlet match on night one, which I guess requires him to watch Peacock on Wednesday night. Just to shake things up, he’ll probably be managed by that dog we saw last week. 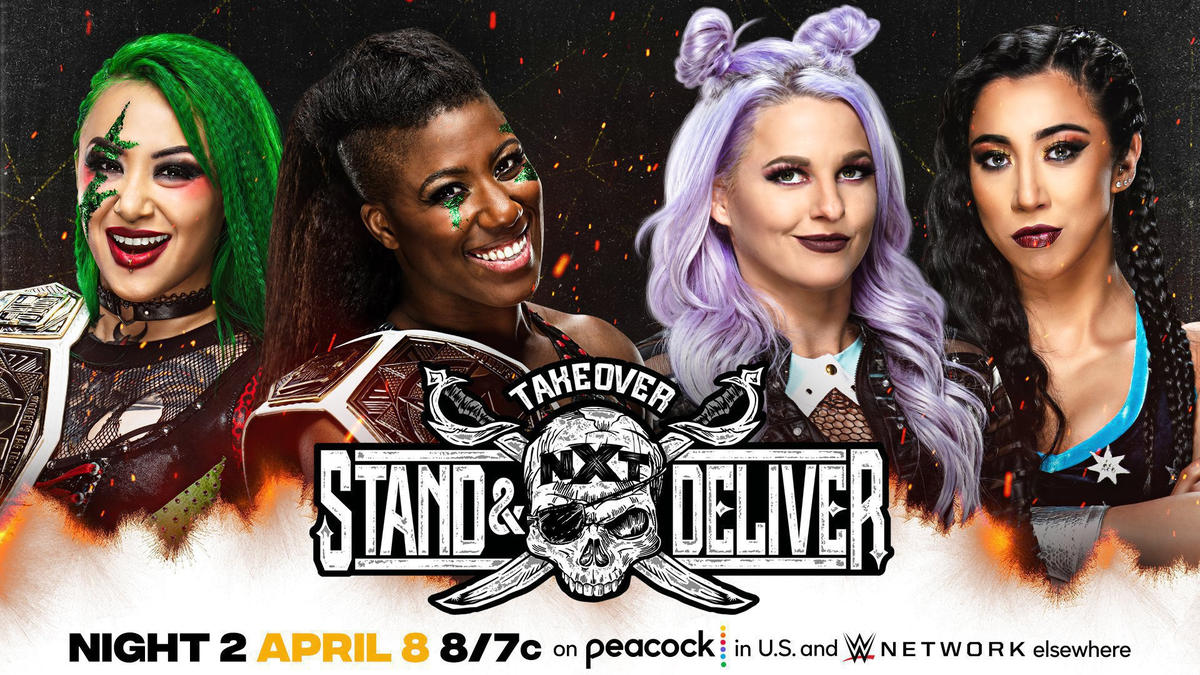 Shotzi and Ember took care of Indi and Candice back in the women’s Dusty Classic, and it was so much fun they’re making it happen again. The champs have been on a roll since capturing the titles, but the best part of The Way have bounced back from group therapy and are ready to claim gold for the first time.

Prediction: Moon and Blackheart retain, though not without lack of effort from noted wife guy Johnny Gargano. 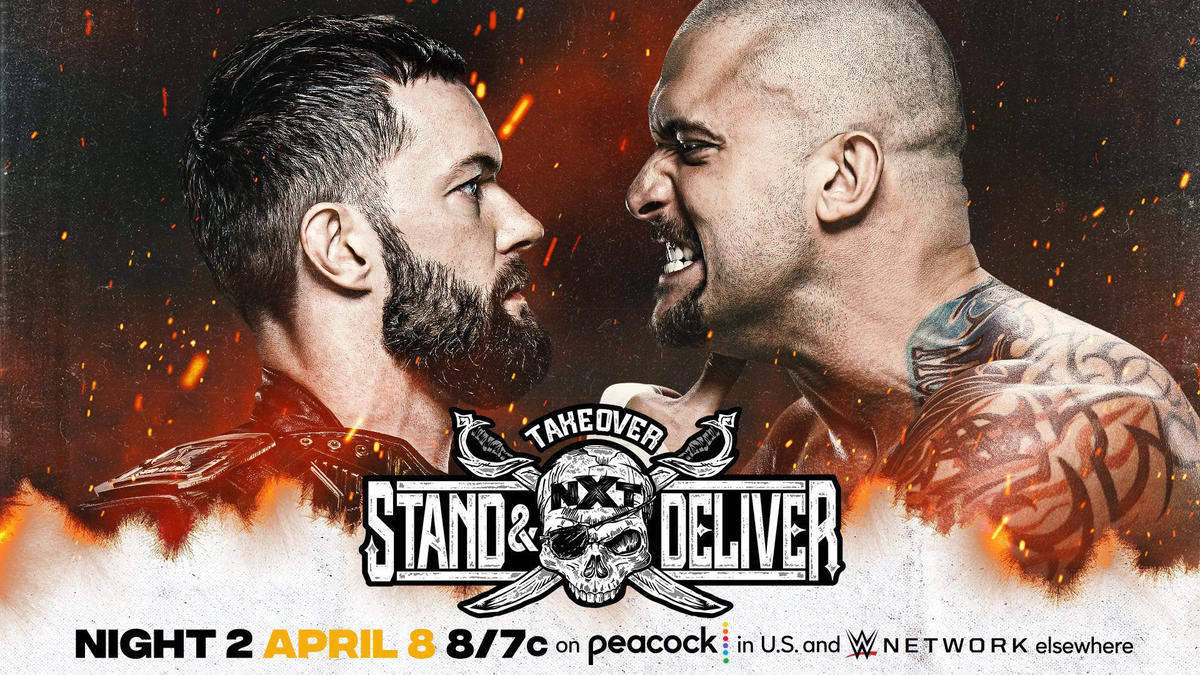 Kross famously ended Keith Lee’s NXT title reign and then was forced to vacate his title the very next day due to injury this past summer. This allowed Bálor to step in and become champ, but now the fog machine enthusiast is back to claim his championship. It’s a real battle of tattoo styles.