It’s a little hard to celebrate Halloween in a year when everything that’s happened has been absolutely terrifying, but WWE has never been afraid to get a little spooky. NXT is reaching into the way back machine to bring us Halloween Havoc, hosted by Shotzi Blackheart. I’m a huge fan of Shotzi and October, and while I’m kind of middle of the road on Havoc, this looks like it’ll be a pretty fun show. WWE has taken a short break from cinematic matches, but if there’s ever a time to bring them back, it’s to watch Cameron Grimes navigate the Amityville Horror. Lumis’ character certainly fits the creepy vibe, and Grimes with his vague “Southern” gimmick has proven himself entertaining in all sorts of matches. I can only hope someone gets crushed by a fridge in a tribute to our previous haunted house match.

Prediction: Lumis. I can’t tell what NXT wants to do with Grimes, but Lumis seems set for a sizeable push moving forward. 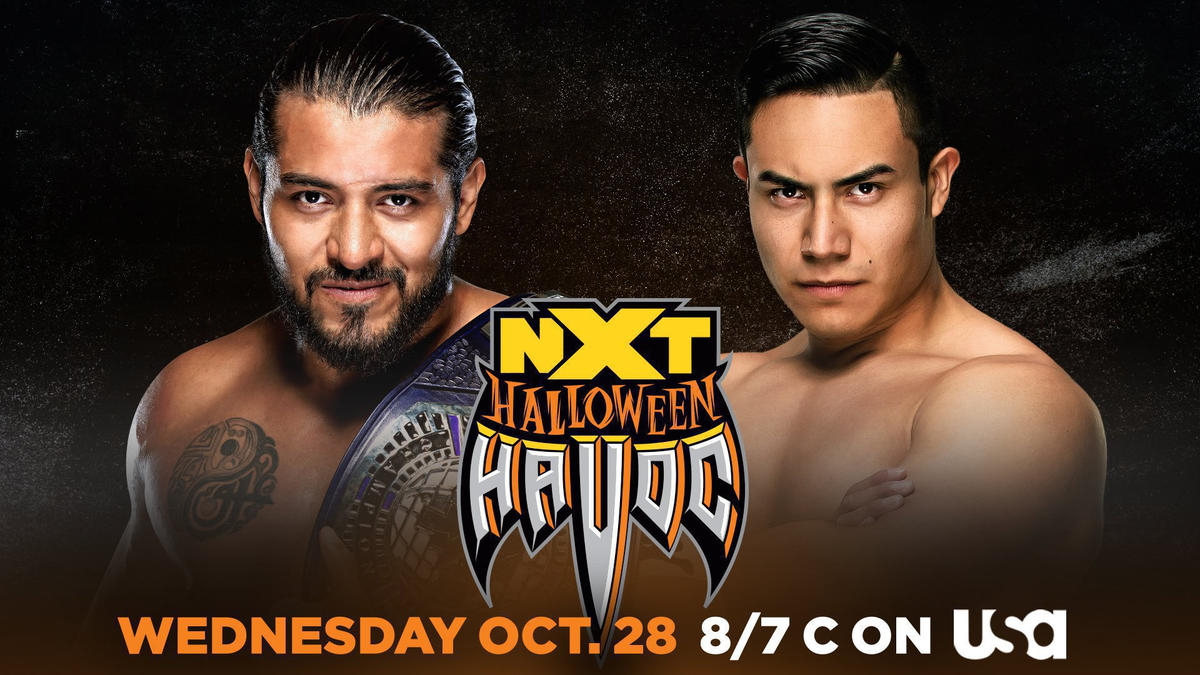 Escobar has managed to hold onto the CW title since winning the interim tournament several months ago, while this marks Atlas’ first shot at any NXT championship since coming to the brand this past summer. Atlas has been impressive on 205 Live, and has the babyface of a Sistine Cherub, but Escobar is backed up by two hot friends, and he’s recently bested the likes of Isaiah Swerve Scott, so he might just have the advantage here.

Prediction: Escobar. Atlas is a great addition to 205, but it feels early to see him as champion. These two have been after each other since Ripley stepped up to defend Io Shirai from Gonzalez and Dakota Kai. Ripley and a returning Ember Moon bested Gonzalez and Kai two weeks ago in tag team match. The two then almost came to blows last week after Gonzalez laid out her challenge for Halloween Havoc, which was immediately accepted by an enthusiastic Ripley. Two of the strongest in the NXT women’s division, we should get a big collision Wednesday night.

Prediction: Ripley has the most to lose here. A former NXT women’s champ, she’ll pick up the W, while Gonzalez can continue to work with Kai. 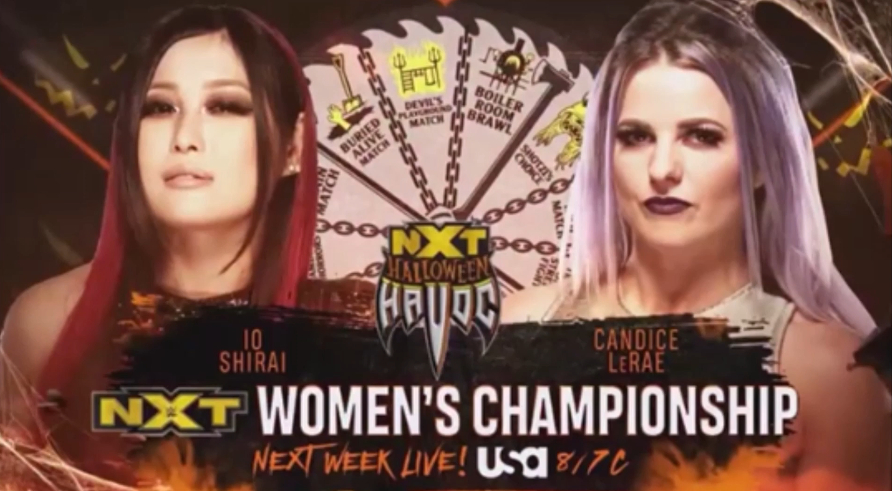 I know quarantine genuinely makes everything seem like it’s happened before, but this match has definitely happened before. About four weeks ago at TakeOver 31, actually. While it could certainly be worse in the rematch department, it’s a bit of a bummer to see LeRae challenge again so soon, especially when she knocked off Shotzi Blackheart to get this rematch. Still, LeRae and Shirai work together very well, and it should be some great wrestling from them both. This is also a “Spin the Wheel, Make a Deal” match, so at least we’ll see 5’ LeRae spin a giant wheel. That’s fun.

Prediction: Shirai’s going to retain. Potentially we’ll get a DQ, if Indi Hartwell gets involved for her new friend. 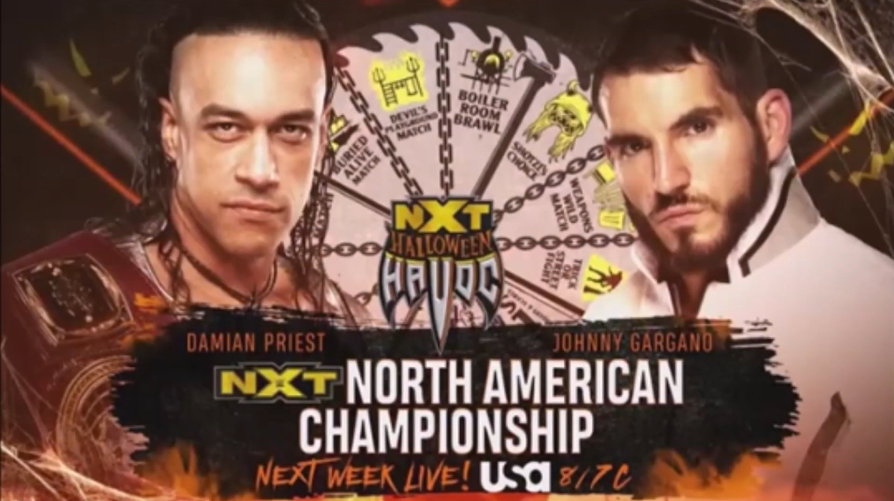 And here’s how it could be worse. Objectively, both Gargano and Priest have been entertaining lately, and their match at TakeOver 31 was very solid. But that really doesn’t mean I want to see it again just a month later. There’s plenty of people who could have challenged for the title, even without much story buildup. Still, Gargano always shows out at  TakeOver, and Priest has been working well the past few weeks.

Prediction: Priest retains once more. I truly have no clue where Gargano could go from here, but I don’t see him getting any closer to gold.