A new game is but one of several projects in the works.

Ubisoft is doubling down on The Division by giving it an expanded universe in the form of a new game: Tom Clancy’s The Division Heartland.

Details in the official announcement are scarce, but Ubisoft says Heartland will be a free-to-play game set in The Division’s universe. The project is in development over at the company’s Red Storm Entertainment, which is most recently known for its support work alongside other Ubisoft studios. Credits include both of the Division games, Far Cry 3 and Far Cry 4. The studio also worked on some of Ubisoft’s VR games, including Werewolves Within and Star Trek: Bridge Crew.  Heartland will come to PC, consoles, and cloud sometime in the next year and is currently taking sign-ups for its test phase.

Alongside Heartland, Ubisoft confirmed The Division will be coming to mobile in some form, as well as some extended universe projects like a novel and a Netflix film starring Jessica Chastain and Jake Gyllenhaal. Ubisoft is doubling down on the series and its universe, as well as supporting The Division 2 with new content coming sometime after Heartland. 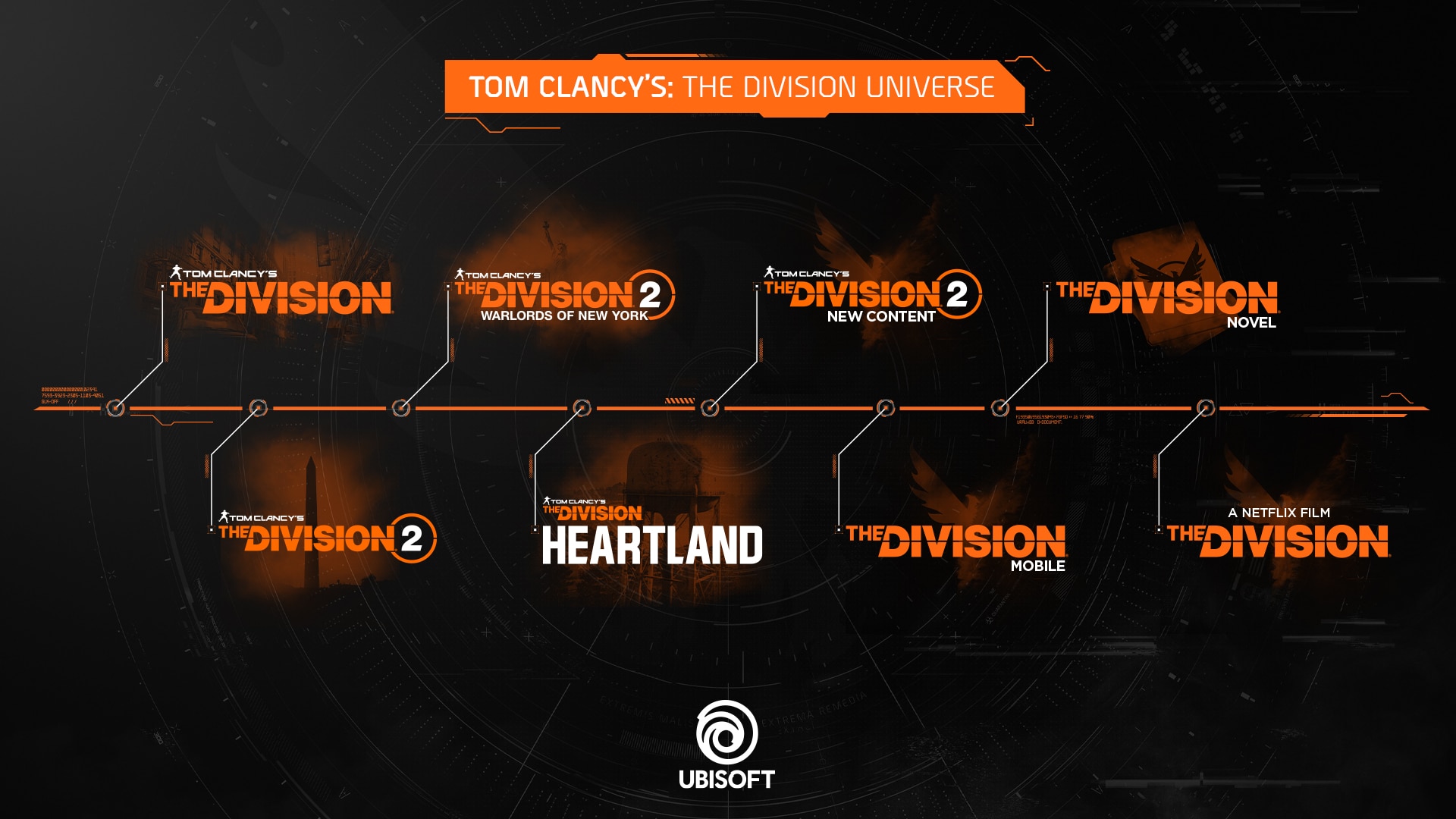 It’s likely we’ll see an extended look at these projects at E3, as Ubisoft has confirmed it’s holding a presentation for the digital event next month. The company’s recent digital presentations have been rife with controversy as stories about poor treatment of workers have been coming out of it in the past year. The company has acknowledged much of this and says it has been taking steps to remedy the situation, but refused to put the message anywhere near its super cool video game advertisements.