Expect more news later this week during a State of Play presentation.

We’ve know that Ratchet & Clank: Rift Apart was going to feature a new, playable female Lombax character for awhile. But developer Insomniac has been cheeky about the identity of Ratchet’s female counterpart, to the point where we’ve gone months without even knowing her name. Well, now we know that and a little bit more as the studio has released a whole new trailer focusing on her. Friends, meet Rivet.

Both lombaxes will be playable characters in Rift Apart, but Rivet seems to have a few tricks of her own that Ratchet might not have access to. She comes from an alternate dimension where the series’ long-time villain Dr. Nefarious always wins. So when Ratchet and Clank are brought to that dimension, maybe their combined force might be enough to take him down once and for all.

Now that Rivet is being more than teased at the end of trailers, Insomniac has also revealed more of the armor packs that will be available as part of Rift Apart’s Digital Deluxe Edition when the game comes to PlayStation 5 on June 11. While Rivet models three of them, the post on the PlayStation Blog implies that both characters will be able to use all of these armor sets. 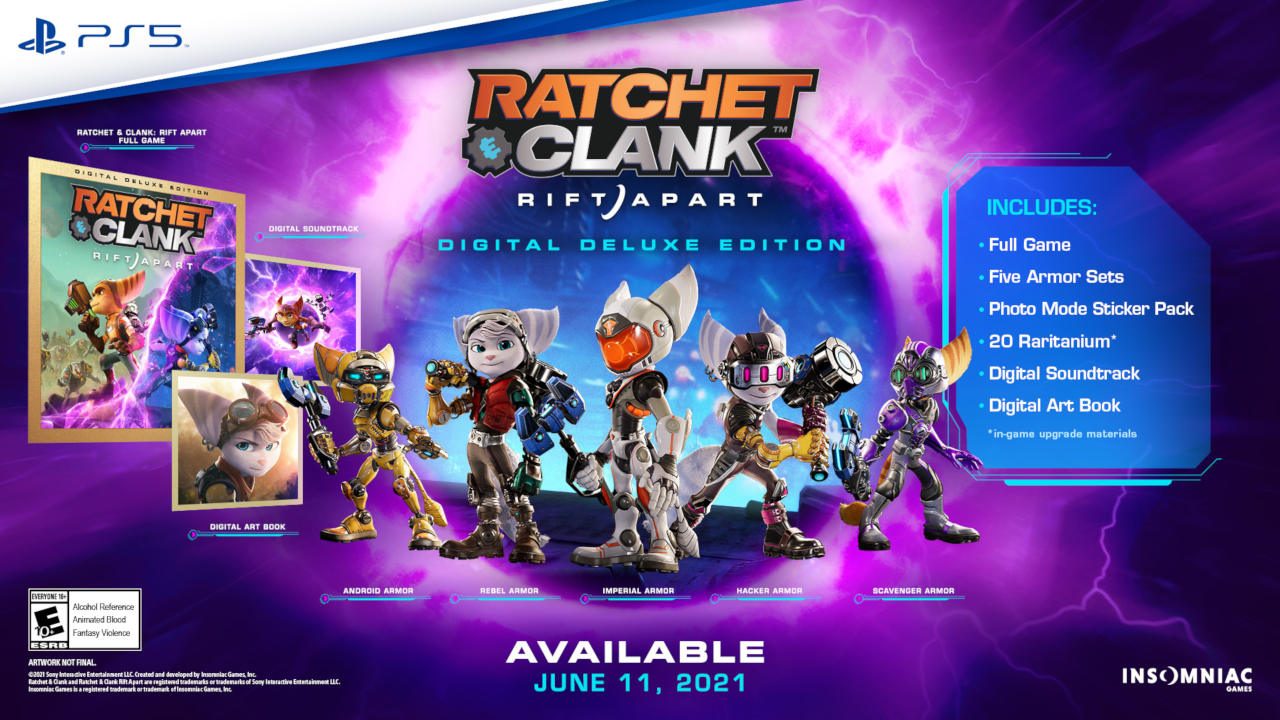 The blog post also casually mentions that Rift Apart will feature the series’ first photo mode. Insomniac’s had a fair share of experience making a photo mode work with the Marvel’s Spider-Man games.

Sony and Insomniac have plans to show off more of Rift Apart later this week, as there will be a dedicated State of Play presentation for the game later this week. The showcase will take place on Thursday, April 29 at 2 p.m. Pacific, and will also bring updates on “a pair of upcoming indie titles,” but just which games would also be shown off wasn’t stated.

The New PlayStation Plus Is Just Consolidation, Not Competition For Xbox Game Pass