Hot off the coattails of the wildly popular 5.1 patch, the developers of Final Fantasy XIV have been hard at work preparing for the next major patch update. The new FFXIV patch 5.2 update, called “Echoes of a Fallen Star,” was announced during a special 14-hour holiday livestream. If you were there for the fluff, the stream included the Live Letter, a NieR raid attempt, plenty of mahjongg, and more. But if you’re a more serious player, there was definitely some serious business.

We didn’t get too many details (in English, at least) on each of the upcoming changes. Still, the stream, plus a press release from Square Enix, outlined the basics — and there’s a lot to take in.

FFXIV patch 5.2 brings new Main Scenario quests for FFXIV’s renowned Shadowbringers storyline. It sounds like it’ll be the start of the final pieces of the Shadowbringers arc, which was one of this year’s most applauded piece of content in the gaming community. All good things have to come to an end, but we’re not quite at the end… end, yet. There’ll also be one more questline in the Chronicles of a New Era series. Called “The Sorrow of Werlyt,” these follow the “lore of the new Weapon series,” according to the press release.

Endgame fans will be glad to here there’s more new content coming for them in patch 5.2, as always. One will be a new raid, Eden’s Verse, the next chapter in Shadowbringers’s Eden raid series. This new raid will have both Normal and Savage difficulties; plus, there’ll be one surprise, according to the Live Letter. There’s also the new Trial, The Ruby Weapon, which allows players to challenge, of course, the Ruby Weapon.

There’s going to be a new dungeon yet again, the “Anamnesis Anyder.” It’ll be compatible with the Shadowbringers patch’s Trust System, which lets you bring along NPCs to fill out your dungeon party. From some concept art shown, it appears to be a gorgeous underwater palace or similar structure of some sort. By the way, if you were excited about a new dungeon every other main patch, now they’ll unfortunately only be rolling out dungeons once every major patch.

If you were filling out your Beast Tribe quests, you’ve already one more new place to go: the Qitari, a mysterious tribe in the Rak’tika Greatwood.  We know very little about the Qitari so far besides their location and the above screenshot. We’ve been told, though, that these Beast Tribe quests will focus on Gathering — so if Ishgard tickled your fancy, you’ve got a new place to put your gathering skills to the test. 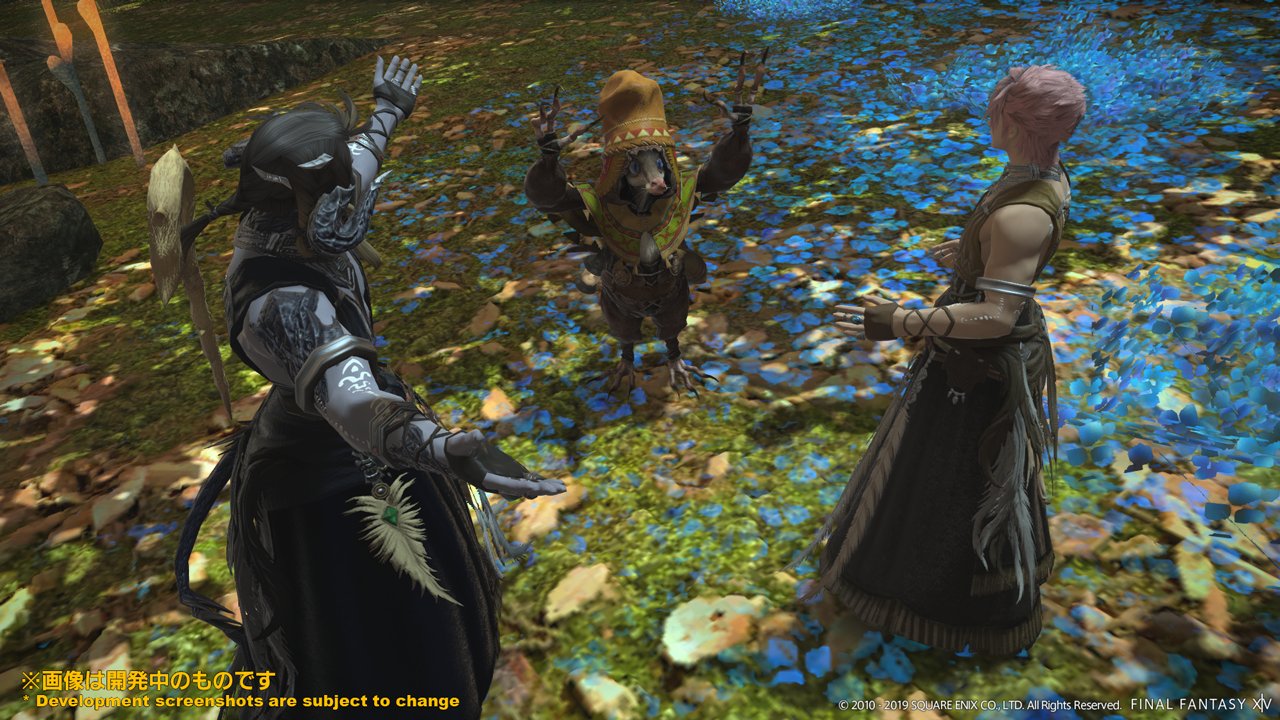 Speaking of Ishgard, it looks like FFXIV patch 5.2 will lean more into this new area. A count of new changes are coming to make the experience more interesting. The press release promises “gatherer-specific content in the Diadem, high-level crafting challenges, a new ranking system, and more.” As explained in the stream, Diadem will be available to Disciples of the Land with their class at at least level 10, and there are no further requirements. The quests will earn players the local currency, Skybuilders’ Scrips. There’ll be new “expert recipes” that allow you to get better rewards. There’s also a new Ranking System, which reward players from each respective gathering and crafting classes.

And on the subject of Gathering and Crafting, it sounds like there’ll be a total “overhaul” for the Disciples of the Land and Hand class systems. This apparently benefits newcomers and veterans alike, so get your crafting and gathering tools out if you’re looking to level up any of these classes.

Oh, and most importantly? Umbrellas are coming. Goths rejoice!