It's not because Baby Yoda isn't a bean that needs to be protected. It's that I don't trust Build-A-Bear to protect it.

At Build-A-Bear Workshop, anyone looking for a new friend to squish can can get bears, frogs, bunnies, and… The Child? It turns out Build-A-Bear will be the next major toy manufacturer on the Baby Yoda train. According to Business Insider, which had a reporter present at the ICR Conference in Orlando, Florida, Sharon Prince John, CEO of Build-A-Bear, announced the plush at the conference.

“I’m excited to share we will be one of the first companies to provide the digital and internet phenomenon who is trending higher than all the presidential candidates combined,” John announced. She even clarified the official name to make The Mouse happy: “We now will have The Child, also known as Baby Yoda.”

Yes, Build-A-Bear is the place where you put together your own teddy bear. You pick which type of plush you want, grabbing the flat, plush faux flesh of an animal. The worker then pushes cotton stuffing into it to the softness of your liking. You’re even asked to officially name it on an outdated computer!

It’s not just about the toy, it’s about the experience. Which is cute and all! I love it, honestly, even as an adult. It’s carried over well because everything nowadays is about experience: room escapes, movie theaters with booze, axe-throwing, Instagram-friendly exhibits, even Galaxy’s Edge at Star Wars. This is just that, downsized for kids.

But look. I’m going to be honest with everyone: I’d have more Build-A-Bear plushies if the “guest” plushies weren’t… questionable.

There are some really cute collaboration plushies out there! For instance, when How To Train Your Dragon 3: The Hidden World came out, there was the cutest Toothless plushie. It was shiny! It was cute! It went a little off-model without losing the spirit of the character! 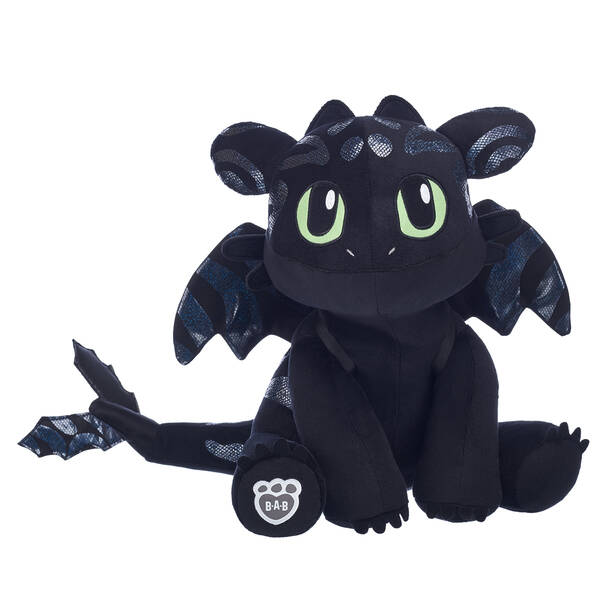 But it did go a little off-model. Which generally is fine, until we start talking about some other collaborations that have happened with Build-A-Bear.

So let’s look at the lowest-hanging fruit possible for merchandising opportunties: Pokemon. Not terribly long ago, Build-A-Bear had a collaboration for the Pokemon franchise which included the likes of Pikachu (of course!), Eevee and more. Not a daunting task, right?

But here’s how the Pikachu turned out: 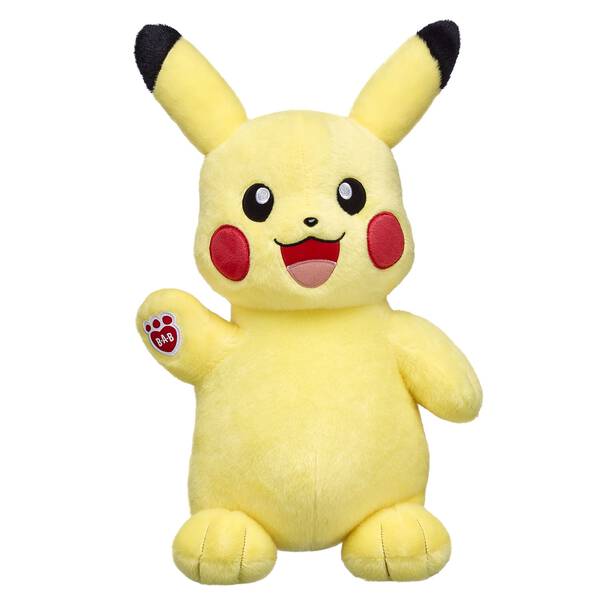 It took me about 30 minutes after staring at this picture today to finally realize why it made me so uncomfortable: Pikachu has a neck. This Pikachu looks like what a middle school kid would have drawn out of memory, because animals are supposed to have necks, so you’d assume from memory Pikachu has a neck. Except that’s wrong. Because Pikachu isn’t supposed to have a neck.

My colleague Ken, who’s responsible for keeping Fanbyte alive on the weekends, also points out that this Pikachu is surprisingly big. Like, he’s a real big boye. Issue is, that makes it harder to put clothing on. Which is kinda not great, because that’s supposed to be a selling point of Build-A-Bear?

But on the other end of the neck spectrum, there’s… this. It’s Sonic The Hedgehog, except without a neck. And Tails with the thickest neck!

And the eyeslids on Sonic are a little bit off! And he’s… well, he’s sort of a friend. He looks like he’s trying his best to be a friend. But I really cannot shake the feeling that he’s going to try to fill every awkward silence with unnecessary conversation and not let me finish my diet soda.

More importantly, please take a moment to imagine the birth of this Sonic: You go into the store. You avoid the gazing eyes of parents giving their children their seventh stuffed bear. You pick up the flesh of this Sonic toy. He looks fine in merely his molted skin form, because he’ll look better filled, right? Except with sweat and stuffing out of the way, that’s how he turns out. This will haunt you as he lies next to your computer.

So what does this mean for Baby Yoda? I’m not sure. That’s the issue! Baby Yoda became such a smash hit overnight, there was literally no merchandise for him. So the bar is low. And that’s not great news if you’re planning on stuffing your own Baby Yoda.

So far we’ve only had this t-posing Yoda as a real plush:

And then there’s this one coming soon, via the Disney store: Which honestly looks more like… Teenage Yoda? Adolescent Yoda? It has too much forehead to be so baby.

So Build-A-Bear does have a bit of a chance here. A bit. I’m not optimistic, but the bar’s already so low, that we can’t possibly duck any lower. Please, just make it cute at the most baseline level possible.